Fabric 59 is a 2011 mix album by Welsh DJ Jamie Jones. The album was released as part of the Fabric Mix Series.

The album received positive reviews from online dance music magazines Resident Advisor and XLR8R, awarding it with scores 4/5 [1] and 8/10 [2] respectively. 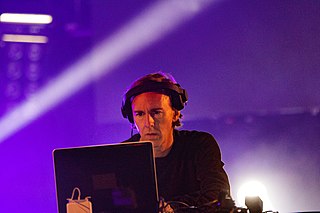 Ali Love is an English musician, singer, songwriter and record producer. Previously signed to Columbia Records as a solo artist, he is now a member of the house music band Hot Natured and the duo Infinity Ink.

Amp Live is an American alternative hip hop producer and DJ from California. He was one half of the duo Zion I, but left the group in 2015 amicably. He has remixed works by Radiohead, Tokyo Police Club, and Jamie Lidell.

The Ragga Twins, also known as RTC, are an English ragga and jungle MC duo of Deman Rocker and Flinty Badman. Originating from Hackney, England, they started out on London's Unity sound system, and are regarded as pioneers of the scene. AllMusic called them "crucial cogs in the development of U.K. dance music." 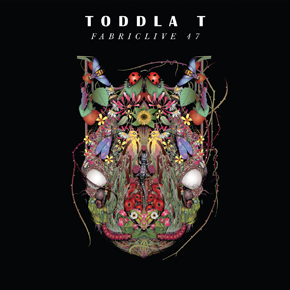 Fabric 61 is a 2011 album by the group Visionquest. The album was released as part of the Fabric Mix Series.

Matthew (Matt) Edwards is an English electronic music producer and DJ based in Berlin, Germany. He is best known for his work in house and techno that he produces under his Radio Slave moniker. He has also released under a variety of different aliases including Cabin Fever, Canvas, DJ Maxxi, The Machine, REKID, Seadevils and Quiet Village. He is also co-founder of London-based record label Rekids, which he formed in 2006 with James Masters. Rekids is also mother label to the REK'D and Pyramids of Mars imprints.

Infinity Ink is a London-based vocal/music production/DJ duo made up of Italian Luca Cazal and British Ali Love. They have released music through Hot Creations, Crosstown Rebels and, most recently, Cooltempo. 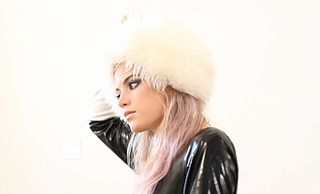 Anabel Englund is an American singer, songwriter, record producer and DJ from Southern California. She is best known for her collaborative work with electronic and house music artists such as Hot Natured and MK.

Lee Foss is an American-born producer and DJ from Chicago, Illinois, United States. In addition to a number of releases on labels such as Culprit, Wolf+Lamb and No. 19, he co-founded the dance music label Hot Creations and is a member of the house music band Hot Natured alongside Jamie Jones, Ali Love and Luca C. 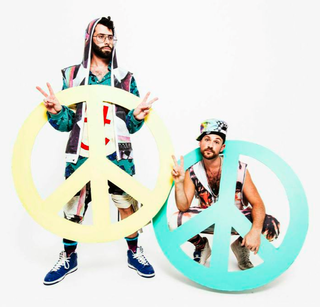 Soul Clap is an American DJ and production duo from Boston, Massachusetts. Active in the club scene since 2001, the group has released a number of mixtapes, EPs, singles, and albums. In 2012 they released their first full-length album, EFUNK. According to XLR8R, Soul Clap "[tempt] the listener into the darker, more abstract corners of house by dressing them up with smooth, jazzy trimmings." The BBC wrote "they blend neon-splattered nostalgia with a crisp futurism thanks to their experimental production techniques."

Jack Revill, better known as Jackmaster, is a Scottish DJ from Glasgow. He is a co-founder of the record label and club night Numbers as well as Wireblock, Dress 2 Sweat and Point.One Recordings.

Different Sides of the Sun is the debut studio album by British-American electronic music group Hot Natured. It was released in August 2013, through the Warner Music Group and their own label Hot Creations. It features Ali Love, Anabel Englund, Roisin Murphy, The Egyptian Lover, Kenny Glasgow and S.Y.F.