Football at the Pan Arab Games

The Pan Arab Games are a regional multi-sport event held between nations from the Arab world. A men's football tournament has been held at every session of the Games since 1953, except for 2004.

The following table gives an overview of medal winners in football at the Pan Arab Games.

* The 1992 edition organised as part of the Pan Arab Games, and also counted as Arab Nations Cup.
^n/a A round-robin tournament determined the final standings.
^w/o withdrew 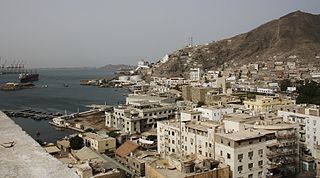 Aden is a port city and the temporary capital of Yemen, located by the eastern approach to the Red Sea, some 170 km (110 mi) east of Bab-el-Mandeb. Its population is approximately 800,000 people. Aden's natural harbour lies in the crater of a dormant volcano, which now forms a peninsula joined to the mainland by a low isthmus. This harbour, Front Bay, was first used by the ancient Kingdom of Awsan between the 5th and 7th centuries BC. The modern harbour is on the other side of the peninsula. Aden gives its name to the Gulf of Aden.

The Flag of Yemen was adopted on May 22, 1990, the day that North Yemen and South Yemen were unified. The flag is essentially the Arab Liberation Flag of 1952, introduced after the Egyptian Revolution of 1952 in which Arab nationalism was a dominant theme. The Arab Liberation Flag served as the inspiration for the flags of both North and South Yemen prior to unification, as well as for the current flags of Egypt, Iraq, Sudan, and Syria. 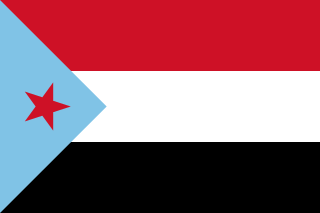 South Yemen, officially the People's Democratic Republic of Yemen, was a country that existed from 1967 to 1990 as a state in the Middle East in the southern and eastern provinces of the present-day Republic of Yemen, including the island of Socotra. It was also referred to as Democratic Yemen or Yemen (Aden). 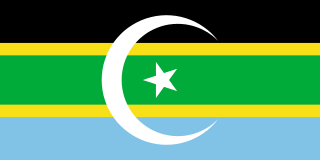 The Federation of South Arabia was an organization of states under British protection in what would become South Yemen. It was formed on 4 April 1962 from the 15 protected states of the Federation of Arab Emirates of the South. On 18 January 1963 it was merged with the Crown colony of Aden. In June 1964, the Upper Aulaqi Sultanate was added for a total of 17 states. A team was sent to the 1966 Commonwealth Games in Kingston, Jamaica. The Federation was abolished on 30 November 1967, when its status as a British protectorate came to an end, along with that of the Protectorate of South Arabia, and they became the People's Republic of Southern Yemen.

The Yemen national football team, is the national team of Yemen and is controlled by the Yemen Football Association.

The South Yemen national football team was the national team of South Yemen between 1965 and 1989. The team took part in the Asian Cup finals in 1976, losing 0–8 to Iran and 0–1 to Iraq. They entered their only World Cup qualification campaign, for the 1986 FIFA World Cup, and were knocked out in the first round by Bahrain. 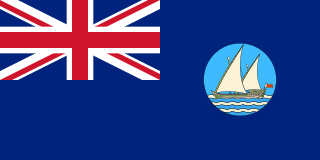 The Aden Protectorate was a British protectorate in southern Arabia which evolved in the hinterland of the port of Aden and in the Hadramaut following the conquest of Aden by Great Britain in 1839, and it continued until the 1960s. In 1940 it was divided for administrative purposes into the Western Protectorate and the Eastern Protectorate. Today the territory forms part of the Republic of Yemen.

Lahej, the Sultanate of Lahej, or, sometimes, the Abdali Sultanate, was a Sheikdom based in Lahej in Southern Arabia. The Sultanate became self-ruled in 1728 and gained independence in 1740. In 1839, the Sultanate became Aden Protectorate of the British Empire, though nominally the 'Abdali Sultan retained his status. The Aden Protectorate was briefly ruled again by the Ottomans during World War I, but regained by the British and absorbed into Federation of South Arabia in 1963. The 'Abdali dynasty was officially abolished in 1967, with the proclamation of South Yemen.

The AFC U-19 Championship, formerly known as the AFC Youth Championship, is a biennial international association football competition organised by the sport's Asian governing body, the Asian Football Confederation (AFC). The competition has been held since 1959. Between 1959 and 1978 the tournament was held annually, since 1980 it has been held every two years.

The Arab Games, also called the Pan Arab Games, are a regional multi-sport event held between nations from the Arab world. They are organized by the Union of Arab National Olympic Committees. The first Games took place in 1953 in Alexandria, Egypt. Intended to be held every four years since, political turmoil as well as financial difficulties have made the event an unstable one. Women were first allowed to compete in 1985. 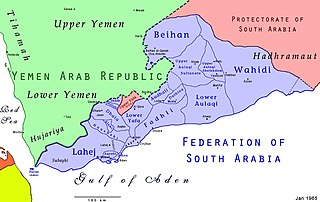 ‘Aqrabi, or the Aqrabi Sheikhdom, was a state in the British Aden Protectorate, the Federation of Arab Emirates of the South, and its successor, the Federation of South Arabia. Its capital was Bir Ahmad. The state was abolished in 1967 with the independence of the People's Republic of South Yemen. The area is now part of the Republic of Yemen. 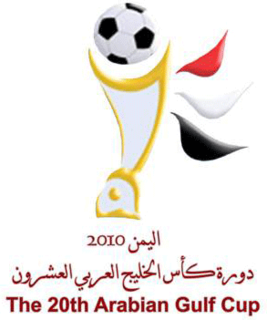 The Palestine Cup of Nations, is a football competition which was held between Arab countries. The tournament apparently acted as replacement for the Arab Nations Cup during the long interruption between 1966 and 1985 and did not account as the Arab Cup, it held on three occasions in Arab countries in the 1970s. The first edition was held in 1972 in Iraq.

The Flag of South Yemen consisted of a tricolour consisting of the three equal horizontal red, white, and black bands of the Arab Liberation flag with the sky-blue chevron and a red star on the left side of the hoist.

The following is a timeline of the history of the city of Aden, Yemen.