Fourth Dimension Records is a British record label, specialising in international underground music. It was founded by Gary Levermore as an offshoot of his Third Mind label before being taken over by Richard Johnson (aka Richo) in 1984. The label became quite successful in the 1990s, releasing music by Simon Wickham-Smith & Richard Youngs, KK Null, The Gerogerigegege, Circle, Splintered (band), Thurston Moore, Hijokaidan (band), and Merzbow, side projects by members of Amp and Skullflower and myriad 7" and 10" singles by experimental artists from the UK, US, New Zealand, the Netherlands and Japan. Alongside the label, Johnson also ran a mail order service, stocking rare underground releases from around the world.

Shortly before taking over the label, Johnson began editing a fanzine called Grim Humour, initially covering non-mainstream artists such as Big Black, Swans, Killing Joke, Lydia Lunch, Whitehouse and Sonic Youth. These often came with cassette or vinyl compilations (usually given FD catalogue numbers) with participants including the aforementioned Sonic Youth, Cindytalk, Ausgang, Con Demek and Portion Control. The fanzine ceased in the mid 1990s but Johnson has since launched a new title, Adverse Effect, which has been praised by Record Collector and Ptolemaic Terrascope, lasted four editions and now can be found as a blogspot and via the Fourth Dimension website.

Although Fourth Dimension was dormant for a short while in the late 1990s, it has since relaunched with further releases from Merzbow and Circle, as well as albums by Johnson's own project Theme, The Fields of Hay and British sound artist Andrew Liles. He has also begun a second label, Lumberton Trading Company, a joint venture initially started with Hassni Malik The Vitamin B12. It has issued a number of albums by artists including Experimental Audio Research, Theme, Thighpaulsandra, Human Greed and Michael Gira. More releases are also planned.

Besides the fact Fourth Dimension and Lumberton Trading Company continue to this day, Richard Johnson is still writing about music, is involved in Theme (band), plans to oversee a reissue campaign by his last group, Splintered (band) and is working on a book devoted to his Grim Humour fanzine. Another book dedicated to Adverse Effect will then follow.

Sonic Youth was an American rock band based in New York City, formed in 1981. Founding members Thurston Moore, Kim Gordon and Lee Ranaldo remained together for the entire history of the band, while Steve Shelley (drums) followed a series of short-term drummers in 1985, rounding out the core line-up. Jim O'Rourke was also a member of the band from 1999 to 2005, and Mark Ibold was a member from 2006 to 2011.

Thurston Joseph Moore is an American musician best known as a member of Sonic Youth. He has also participated in many solo and group collaborations outside Sonic Youth, as well as running the Ecstatic Peace! record label. Moore was ranked 34th in Rolling Stone's 2004 edition of the "100 Greatest Guitarists of All Time."

Sonic Youth Recordings is a record label established by American alternative rock band Sonic Youth in 1996. SYR was set up to allow the band to release records by themselves and their friends without the commercial pressures of a major label. As a result, the work on this label tends towards free improvisation and experimental music. 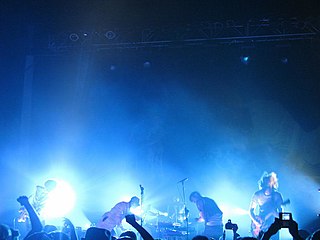 The Faint is an American indie rock band. Formed in Omaha, Nebraska, the band consists of Todd Fink, Graham Ulicny, Dapose and Clark Baechle. The Faint was originally known as Norman Bailer and included Conor Oberst. He quit shortly after the band was formed, though the Faint continued to share a spot with Bright Eyes on Saddle Creek Records.

"Flower" is a song by American alternative rock band Sonic Youth. It was originally released as a 12" single in 1985 by UK record label Blast First, with "Satan Is Boring" as the B-side. This version was quickly withdrawn at the band's request. In January 1986, Blast First and the band's American label, Homestead Records, both released "Flower" as a 12" backed by "Halloween"; the first run of the UK edition was on yellow/orange vinyl. Blast First also issued the song as a 7" single in edited form, retitled "Flower "), with a backwards version, "Rewolf ", on the flipside. 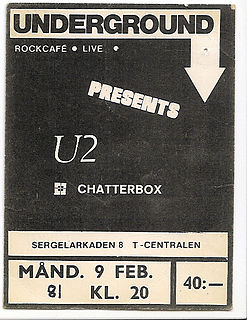 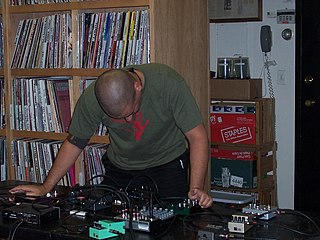 RRRecords is a record label and used and new record shop based in Lowell, Massachusetts. RRRecords was the first American record label to publish underground "noise music" in the early 1980s, and published the first American vinyl by Merzbow, Masonna, The Hanatarash, Violent Onsen Geisha, and various other artists. In its first 20 years, RRR has issued hundreds of releases. The label's owner, Ron Lessard, is a tireless supporter of new artists, and created several sub-labels and series to specifically highlight unknown and underground musicians. 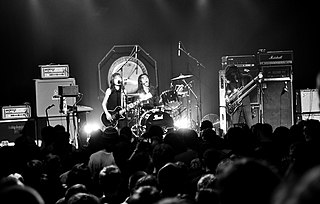 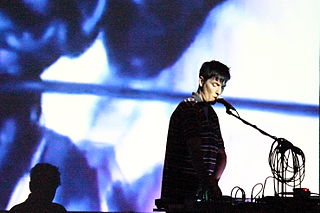 Delerium Records was a British independent record label, that specialised in psychedelic music and which existed from 1991 to 2003, and was notable in promoting the careers of bands including Porcupine Tree, Ozric Tentacles, Kava Kava, Mandragora, Sons of Selina and Moom and for starting the Freak Emporium and Molten Records.

Post-metal is a style of music that is rooted in heavy metal but explores approaches beyond the genre's conventions. It emerged in the 1990s through the work of bands such as Neurosis and Godflesh, who transformed metal texture through experimental composition. Associated with and inspired by post-rock, post-hardcore, and sometimes shoegaze, the genre employs the darkness and intensity of extreme metal but emphasizes atmosphere, emotion, and even "revelation", drawing on a wide range of sources including ambient, noise, psychedelic, progressive, and classical music to develop an expansive but introspective sound. Post-metal songs are typically long, with loose and layered structures that discard the verse–chorus form in favor of crescendos and repeating themes. The sound centres on guitars and drums; any vocals are usually screamed or growled and resemble an additional instrument.

Rake. was an art rock/noise rock musical ensemble from Northern Virginia, founded in 1989. Not aligned with the post-punk/hardcore bands more commonly associated with the local underground music scene, Rake. took a more experimental route and were more closely associated with fellow Virginia-based bands Pelt and Wingtip Sloat. Throughout the 1990s, a relationship cemented via their principal label, VHF Records. 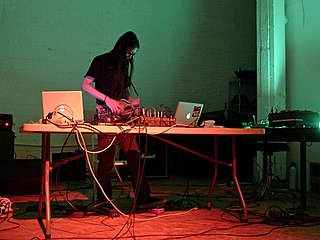 Merzbow is a Japanese noise project started in 1979 by Masami Akita, best known for a style of harsh, confrontational noise. Since 1980, Akita has released over 400 recordings and has collaborated with various artists. 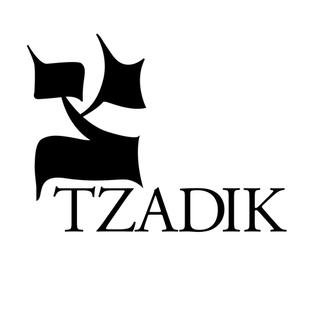 Splintered was a British experimental rock group active between 1991 and 1998. 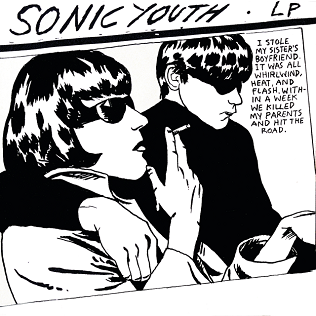 Goo is the sixth full-length studio album by American alternative rock band Sonic Youth, released on June 26, 1990 by DGC Records. For this album, the band sought to expand upon its trademark alternating guitar arrangements and the layered sound of their previous album Daydream Nation (1988) with songwriting on that was more topical than past works, exploring themes of female empowerment and pop culture. Coming off the success of Daydream Nation, Nick Sansano returned to engineer Goo, but veteran producer Ron Saint Germain was chosen by Sonic Youth to finish mixing the album following Sansano's dismissal.