Freshman Guitars is a Scottish guitar company launched in 2002, producing acoustic and electric guitars and ukuleles globally. Freshman was founded by Sean Kelly and is part of Access All Areas Distribution based in East Kilbride.

For Tartan Week 2007 in New York City, Freshman created a special guitar and it was the limited Black Tartan model. It was introduced by Sandi Thom during the fashion show at the "Dressed To Kilt party" in Manhattan. Actor Sean Connery was there, to talk to Sandi about the new guitar.

The City of New York, usually called either New York City (NYC) or simply New York (NY), is the most populous city in the United States and in the U.S. state of New York. With an estimated 2017 population of 8,622,698 distributed over a land area of about 302.6 square miles (784 km2), New York is also the most densely populated major city in the United States. Located at the southern tip of the state of New York, the city is the center of the New York metropolitan area, the largest metropolitan area in the world by urban landmass and one of the world's most populous megacities, with an estimated 20,320,876 people in its 2017 Metropolitan Statistical Area and 23,876,155 residents in its Combined Statistical Area. A global power city, New York City has been described as the cultural, financial, and media capital of the world, and exerts a significant impact upon commerce, entertainment, research, technology, education, politics, tourism, art, fashion, and sports. The city's fast pace has inspired the term New York minute. Home to the headquarters of the United Nations, New York is an important center for international diplomacy.

Alexandria "Sandi" Thom is a Scottish singer-songwriter and multi-instrumentalist from Banff, Scotland. She became widely known in 2006 after her debut single, "I Wish I Was a Punk Rocker ", topped the UK Singles Chart in June of that year. The single became the biggest-selling single of 2006 in Australia, where it spent ten weeks at the top of the ARIA Singles Chart. Thom has released five studio albums: Smile... It Confuses People (2006), The Pink & the Lily (2008), Merchants and Thieves (2010), Flesh and Blood (2012), and The Covers Collection (2013). 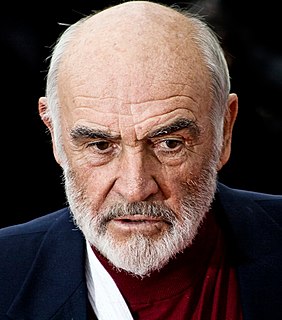 Sir Thomas Sean Connery is a retired Scottish actor and producer, who has won an Academy Award, two BAFTA Awards, one being a BAFTA Academy Fellowship Award, and three Golden Globes, including the Cecil B. DeMille Award and a Henrietta Award.

Rickenbacker International Corporation is an electric string instrument manufacturer based in Santa Ana, California. The company is credited as the first known maker of electric guitars —in 1932—and eventually produced a range of electric guitars and bass guitars. Known for their distinctive jangle and chime, Rickenbacker twelve string guitars were favored by The Beatles, Roger McGuinn of The Byrds, and Gerry Marsden of Gerry and the Pacemakers. Well known players of the six string include John Fogerty of Creedence Clearwater Revival, John Kay of Steppenwolf, and Tom Petty of Tom Petty and the Heartbreakers

Fender Musical Instruments Corporation is an American manufacturer of stringed instruments and amplifiers. Fender produces acoustic guitars, electric basses, bass amplifiers and public address equipment, but is best known for its solid-body electric guitars and bass guitars, particularly the Stratocaster, Telecaster, Precision Bass, and the Jazz Bass. The company was founded in Fullerton, California, by Clarence Leonidas "Leo" Fender in 1946. Its headquarters are in Scottsdale, Arizona.

Dean Guitars, commonly referred to simply as Dean, is an American manufacturer of stringed instruments and musical products. It is known for its solid-body electric guitars, bass guitars, and acoustic guitars such as the Dean ML, the Dean V, the Dean Z, but more recently the Dean Razorback, Dean Stealth, Dean Icon, Dean VMNT, Dean Zero, and Dean Mako Acoustic Guitar. Its headquarters are in Tampa, Florida. The company also makes and/or distributes a full range of products to include resonator guitars, basses, banjos, mandolins, ukuleles, amplifiers, guitar cases, accessories and custom guitar pickups.

Godin Guitars is a Canadian manufacturer that specializes in stringed instruments, including guitars, electric basses, ukuleles, and ouds. The company is owned by founder Robert Godin. 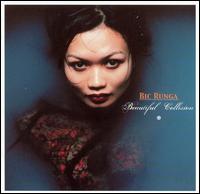 Beautiful Collision is the second solo album by New Zealand artist Bic Runga, released on 1 July 2002 in New Zealand, 15 July 2002 in Australia, and 5 November 2002 in the United States.

Daybreaker is the third album by singer-songwriter Beth Orton released in 2002 on Heavenly Records and the Astralwerks Records label. The album reached #40 in US and #8 in UK. Mojo Magazine called the album "her best to date...". Q Magazine was not excited about the album: "Tortoise-pace strumming and a crippling shortage of choruses produce only torpor". The album earned Orton a nomination at the BRIT Awards for Best British Female Singer as well as Best Album at the Q Awards. 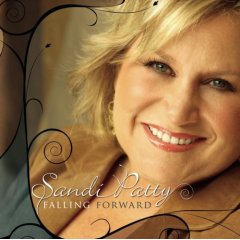 Falling Forward is the audio companion to Sandi Patty`s autobiographical book of the same name presenting a collection of the singer's Christian pop songs.

Collings Guitars is an Austin, Texas based stringed instrument manufacturer. The company was founded in 1973 by Bill Collings who was "one of the most recognized and respected names amongst aficionados of modern acoustic instruments." Their acoustic guitars have been highly regarded for decades. In addition to acoustic guitars they also make electric guitars, archtop guitars, mandolins, and ukuleles.

Joseph Lukes Guitars is a stringed instrument manufacturing company based in London, England. They currently produce one acoustic guitar model known as the "Grand Concert" and a Ukulele.

A Special Part of Me is an album by American pop singer Johnny Mathis that was released on January 22, 1984, by Columbia Records and reunited him with his "Too Much, Too Little, Too Late" partner Deniece Williams on one of the LP's two duets, "Love Won't Let Me Wait", which is also the only song on the album that was previously recorded and released by another artist. This continuing trend away from the cover album genre would reach its limit with his next studio release, Right from the Heart, which only had original material.

RJ Thompson is a British singer-songwriter. Thompson came to prominence in 2014 after touring as support act for UK pianist Jools Holland, performing at venues including the Royal Albert Hall.

Kiesel Guitars is an American manufacturer of electric guitars and electric bass guitars located in Southern California. It was founded in 2015 and took over the guitar and bass portions of Carvin Corporation.