On February 1, 2019, as part of the channel's restructure, GNN was rebranded as One Media Network. During its transition period, it aired promo advertisements from various channels that are available on GSAT. Its local affiliate stations in Naga and Pampanga remained active of its own programming while retaining the GNN brand until during the 2nd quarter of 2019, when they followed the suit without changes on programming.

On May 1, 2021, to avoid confusion with One Network Media Group owned by PLDT Beneficial Trust Fund's broadcasting division MediaQuest Holdings, One Media was reverted to GNN under its new name Golden Nation Network, adapted from the sister company of GSTS which also granted its Congressional broadcast franchise. [2]

News Patrol is an hourly news bulletin of ABS-CBN which was aired from September 5, 2005 to present, replacing ABS-CBN News Advisory. The news bulletin was suspended on May 5, 2020 after ABS-CBN was forced to cease and desist its free TV broadcasting operations given by the order of the NTC. On May 8, 2020, News Patrol continued broadcast on cable channels TeleRadyo, ANC, Cine Mo!, TFC, online via ABS-CBN News' website, Facebook, YouTube and iWantTFC. It also served as the main newscast for Kapamilya Channel until it was replaced by a TV Patrol simulcast.

DWNB-TV, channel 41, is the flagship television property of Nation Broadcasting Corporation and is the flagship station of the Philippine television network One Sports. The station is operated and co-owned by TV5 Network, Inc. Its main broadcast facilities are located at the TV5 Media Center, Reliance cor. Sheridan Sts., Mandaluyong, while the station's alternate studios and digital transmitter is located at TV5 Complex, 762 Quirino Highway, Brgy. San Bartolome, Novaliches, Quezon City, and its analog and digital transmitter is located on Block 3, Emerald Hills, Sumulong Highway, Antipolo, province of Rizal.

Global Satellite Technology Services is a broadcast radio and television company in the Philippines. Its original station FUBC TV-9 in Zamboanga was an affiliate of BBC from 1974 to 1986, ABS-CBN in 1986–1994 and GMA Network from 1995 until April 1996. 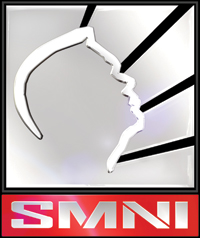 Sonshine Media Network International (SMNI), also known by its legal operating name Swara Sug Media Corporation, is the official broadcasting arm of the Kingdom of Jesus Christ (KJC) led by the Filipino church leader and televangelist Pastor Apollo C. Quiboloy. Based in Davao City and Makati City, the broadcasting network is available via terrestrial broadcast in the Philippines, and on cable, satellite, and online streaming worldwide. The network now owns and operates two television channels, where the main flagship channel, based in Davao City, maintains a 24-hour service through regular repetition of a dozen self-produced Kingdom Programs in English, Tagalog, and dozens of foreign languages along with news, public affairs, and sports programs. On the other hand, the network's sister channel SMNI News Channel, based in Makati City, primarily provides rolling news coverage and public affairs programs, which broadcasts exclusively in Digital TV format in Metro Manila. It also maintains a network of radio stations under the "Sonshine Radio" brand of the Swara Sug Media Corporation. The main studios are located at KJC Compound, Pan-Philippine Highway, Sasa, Davao City and at ACQ Tower, Sta. Rita St., Guadalupe Nuevo, Makati City, Philippines.

DYPT-TV, channel 11, is a Regional television station of Philippine-government owned television network People's Television Network. Its transmitter are located at Mt. Busay Television Broadcast Site, Sitio Babag, Brgy. Busay, Cebu City. The station is currently planning to upgrade to an originating station in the future after the Visayas Media Hub is completed.

Infomax Television is a regional free-to-air television channel located in Pampanga, Philippines. It was formerly on cable channel 8 but later transferred to free TV via Channel 44 with the power of 10,000 watts. It is currently an affiliate of Golden Nation Network. It also served as a community channel for Kapampangans.

GNN TV48 is a TV station owned by Global Satellite Technology Services and currently an affiliate of the Golden Nation Network in the Philippines. Its studios and transmitter are located at the 5th Floor, S.T. Bldg., Naga College Foundation Compound, Brgy. Peñafrancia, Naga City. It covers the whole Naga City and nearby towns.

DWHC-TV channel 32, is a television station of Broadcast Enterprises and Affiliated Media, Inc. in Naga, Camarines Sur. Its transmitter is located at Brgy. Triangulo, Naga City. BEAM Channel 32 Naga operates daily from 6:00 AM to 9:00 PM.

ABS-CBN Regional Channel was a Philippine pay television channel which aired programming from the regional television and radio stations owned by ABS-CBN. The channel was launched as a test broadcast on 1 August 2016, and was officially launched on 15 March 2017.

One Sports is a commercial sports-centric terrestrial television network in the Philippines. It is a joint venture of Nation Broadcasting Corporation (NBC) a sister network of TV5 Network, Inc. and Cignal TV, Inc. under the PLDT media arm MediaQuest Holdings. One Sports is currently carried through analog DWNB UHF TV Channel 41 in Metro Manila, other relay owned and affiliate stations, and digital terrestrial subchannel nationwide. It operates Monday to Saturday from 7:00 AM to 12:00 MN and Sunday from 6:00 AM to 12:00 MN.