The IDU allows centre-right conservative political parties around the world to establish contacts and discuss different views on public policy and related matters. Their stated goal is the promotion of "democracy and [of] centre-right policies around the globe". [7] The IDU has some overlap of member parties with the Centrist Democrat International (CDI), but the CDI is more centrist and communitarian than the IDU. [8]

Though the IDU was founded to be politically on the centre-right, a number of its member parties have been increasingly seen as further right on the political spectrum. [9] [10]

The IDU was founded in London on 24 June 1983. [13] According to Richard V. Allen, to be admitted as a member, a party must qualify as a "mainstream conservative" party influenced by classical liberalism. [14]

The founding declaration was signed by 19 persons: [15]

The IDU has 84 member parties. 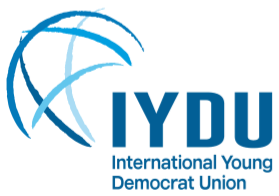 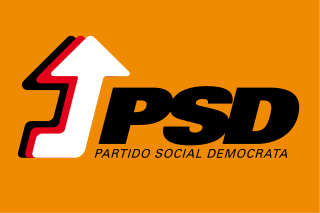 The Social Democratic Party is a liberal-conservative political party in Portugal. Commonly known by its colloquial initials PSD, on ballot papers its initials appear as its official form PPD/PSD, with the first three letters coming from the party's original name, the Democratic People's Party. A party of the centre-right, the PSD is one of the two major parties in Portuguese politics, its rival being the Socialist Party (PS) on the centre-left.

Liberalism and radicalism in France refer to different movements and ideologies. The main line of conflict in France during the 19th century was between monarchists and republicans. The Orléanists, who favoured constitutional monarchy and economic liberalism, were opposed to the Republican Radicals.

The European Democrat Union (EDU) is one of the three European wings of the International Democrat Union, along with the European People's Party (EPP) and the Alliance of Conservatives and Reformists in Europe (ACRE). Its members include Christian democratic, liberal conservative, and conservative political parties. It is only a nominal sub-entity of the IDU, since it ceased its activities in 2002.

The Reformist Movement was a French centrist political alliance created in 1971 by the Radical Party (PR) led by Jean-Jacques Servan-Schreiber, and the Christian-democratic Democratic Centre (CD) headed by Jean Lecanuet.

The Democrats was a centre-right political party in Brazil that merged with the Social Liberal Party to found the Brazil Union in 2021. It was founded in 1985 under the name of Liberal Front Party from a dissidence of the defunct Democratic Social Party (PDS), successor to the National Renewal Alliance (ARENA), the official party during the military dictatorship of 1964–1985. It changed to its current name in 2007. The original name reflected the party's support of free market policies, rather than the identification with international liberal parties. Instead, the party affiliated itself to the international federations of Christian-democratic (CDI) and conservative parties (IDU). The Democrats' identification number is 25 and its colors are green, blue, and white. 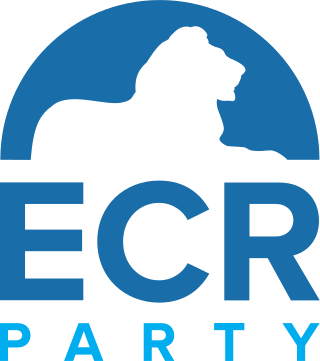 The Caribbean Democrat Union is an alliance of moderate, centre-right and conservative political parties and individuals the Caribbean. It is affiliated to the global International Democrat Union.

The Democrat Union of Africa is an alliance of centre-right political parties in Africa. Founded in Dakar, Senegal, in 1997, it is affiliated with the global International Democrat Union. It aims to bring together parties with similar aims and political goals, such as the protection of democracy and individual liberty, from the whole of Africa, with its headquarters being found in Accra, Ghana.

New Direction – The Foundation for European Reform is a political foundation at European level, think tank and publisher affiliated with the Alliance of Conservatives and Reformists in Europe (ACRE). It was established in 2010, under the patronage of Baroness Thatcher. It is based in Brussels with satellite offices in London and Warsaw. New Direction is a free-market think tank that promotes European reform through the strengthening of accountability, transparency and democracy.

Centrism has a specific meaning within the Marxist movement, referring to a position between revolution and reformism. For instance, the Independent Social Democratic Party of Germany (USPD) and British Independent Labour Party (ILP) were both seen as centrist because they oscillated between advocating reaching a socialist economy through reforms and advocating revolution. The parties that belonged to the so-called Two-and-a-half and Three-and-a-half Internationals, who could not choose between the reformism of the social democrat Second International and the revolutionary politics of the Communist Third International, were also exemplary of centrism in this sense. They included the Spanish Workers' Party of Marxist Unification (POUM), the Independent Labour Party (ILP) and Poale Zion.

Centrism is a political outlook or position involving acceptance or support of a balance of social equality and a degree of social hierarchy while opposing political changes that would result in a significant shift of society strongly to the left or the right.

Wikimedia Commons has media related to International Democrat Union .
This page is based on this Wikipedia article
Text is available under the CC BY-SA 4.0 license; additional terms may apply.
Images, videos and audio are available under their respective licenses.