Jazz is Dead is an instrumental Grateful Dead cover band that interprets classic Dead songs with jazz influences. [1] The group is notable in featuring veterans of jazz and jazz fusion ensembles. [2] The group's composition has changed over time, and T Lavitz was the band's only constant member until they reformed in 2015 (five years after Lavitz's death).

In March 2006 the band set out for a month-long tour featuring the music of Blues for Allah to coincide with its 30th anniversary.

The band's original line-up consisted of:

The group went through a few more line-up changes (mostly bassists and drummers) over the years including the addition of Dave Livolsi on bass in 2002 and the reinstated dual-drummer line-up of Sipe and Morgenstein in 2006.

In celebration of the 50th Anniversary of The Grateful Dead, Jazz Is Dead reformed for several shows in August and September 2015. The lineup will include Alphonso Johnson on bass, Jeff Pevar on guitar, drummer Rod Morgenstein, keyboardist Chris Smith and one-time Grateful Dead pianist Tom Constanten. 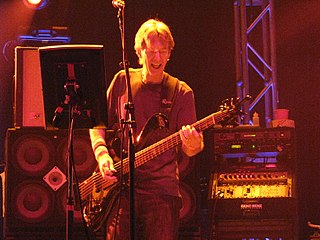 Jimmy Herring is the lead guitarist for the band Widespread Panic. He is a founding member of Aquarium Rescue Unit and Jazz Is Dead and has played with The Allman Brothers Band, Project Z, Derek Trucks Band, Phil Lesh and Friends, and The Dead. 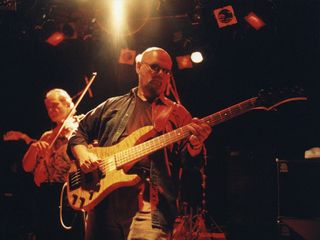 The Dixie Dregs is an American jazz rock band from Augusta, Georgia, formed in 1970. The band's instrumental music fuses elements of rock, jazz, country, and classical music. Their recording "Take It Off the Top" was used for many years as the signature theme tune by disc jockey Tommy Vance for his BBC Radio 1 Friday Night Rock Show. 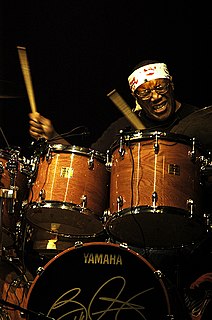 William Emanuel Cobham Jr. is a Panamanian-American jazz drummer who came to prominence in the late 1960s and early 1970s with trumpeter Miles Davis and then with the Mahavishnu Orchestra. According to AllMusic's reviewer, Cobham is generally acclaimed as fusion's greatest drummer of all time.

Platypus was an American progressive rock / jazz-fusion supergroup, that consisted of members from Dream Theater, King's X and Dixie Dregs. The group was formed in 1997 and disbanded in 2000. Tabor, Myung and Morgenstein would continue working together as The Jelly Jam.

Tom Constanten is an American keyboardist, best known for playing with Grateful Dead from 1968 to 1970. 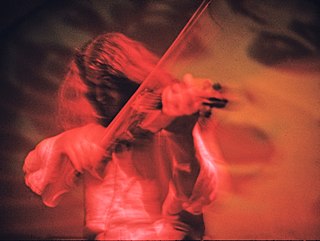 Jerry Goodman is an American violinist who played electric violin with The Flock and the jazz fusion ensemble Mahavishnu Orchestra.

The Greg Voelker Rack System is a unique drum rack used by former Megadeth drummer Nick Menza, David Beal drummer for Joe Cocker, Julian Lennon, Honeymoon Suite, Rod Morgenstein drummer for Dixie Dregs and Winger and was voted by Modern Drummer Magazine's "Most Popular Progressive Rock Drummer", Michael Foster, drummer for FireHouse, and Whitesnake drummer Tommy Aldridge. It was designed for its lack of stands, which serves for a flashy live look and prevents a drummer/band from knocking over cymbal/drum stands. Designed by Greg Voelker, the rack was made out of Stainless Steel and was attached to a built in riser which allows the bass drums to float. Thereby, giving the drummer more mounting flexibility well as avoiding the clutter of stands on stage. The racks mentioned were custom made for each drummer. A "Standard" rack by Greg Voelker was distributed through Premier drums from the late 1980s to the early to mid-1990s. 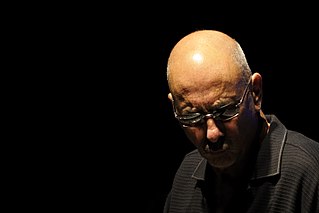 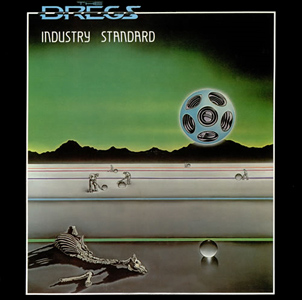 Industry Standard is a 1982 album by The Dregs. It is their only album featuring vocals and garnered the group their fourth Grammy nomination. Ligertwood sang on "Crank It Up". Simmons sang on and co-wrote "Ridin' High". 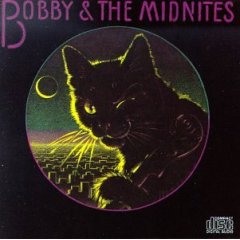 Bobby and the Midnites is a 1981 studio album by Grateful Dead singer and guitarist Bob Weir and his then side project, Bobby and the Midnites. The band featured fellow Grateful Dead member Brent Mydland at that time, and also jazz fusion drummer Billy Cobham. Though not a huge commercial success, the album did chart in the Billboard 200 and reached #158 in December 1981. The song "Festival" became a live concert favorite for the band. "(I Want to) Fly Away" was reissued on the 2004 compilation album Weir Here – The Best of Bob Weir.

Where the Beat Meets the Street is the second studio album by Grateful Dead rhythm guitarist Bob Weir and his side-project, Bobby and the Midnites. The album reached number 166 on the Billboard 200. Terry "T" Lavitz was an American jazz-rock/fusion keyboardist, composer and producer. He is best known for his work with the Dixie Dregs and Jazz Is Dead. 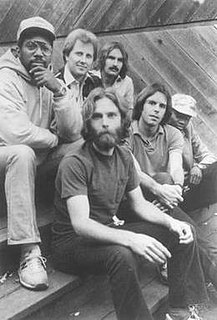 Bobby and the Midnites was a rock group led by Bob Weir of the Grateful Dead. The band was Weir's main side project during the first half of the 1980s. They released two albums, but were better known for their live concerts than for their work in the recording studio. With a rhythm section that included jazz veterans Billy Cobham and, for a time, Alphonso Johnson, Bobby and the Midnites played rock music that was influenced by jazz-rock fusion.

Andy West is an American bass guitarist and composer who is an original founding member of the Dixie Dregs along with Steve Morse. Since the breakup of the original band in 1983, West has been on albums with Mike Keneally, Henry Kaiser, Paul Barrere, Vinnie Moore, and many others. Since 1985 he has simultaneously pursued a career in the software industry while continuing to release albums sporadically. He currently works as a vice president for Analytics and Adaptive Learning at Pearson Education.

Jeff Sipe is an American drummer. He is a rock and jazz fusion drummer but is proficient in other styles. He is a founding member of Aquarium Rescue Unit with Bruce Hampton. He was a member of Leftover Salmon and the Zambiland Orchestra, an experimental big band with members of Phish and Widespread Panic. He has toured with Trey Anastasio, Jeff Coffin, Jimmy Herring, Warren Haynes, and Keller Williams.

Cinematix is the fifth solo album by Robby Krieger, former guitarist of The Doors. The album was released in 2000.