Jeffrey E. Young (born 9 March 1950) is an American psychologist best known for having developed schema therapy. He is the founder of the Schema Therapy Institute.

After earning an undergraduate degree at Yale University, he obtained a higher education degree at the University of Pennsylvania, where he then pursued postdoctoral studies with Aaron Beck.

He has written numerous books on cognitive behavioral therapy and schema therapy. His two most famous books are Schema Therapy (for professionals), and Reinventing Your Life (for the general public).

Aaron Temkin Beck is an American psychiatrist who is professor emeritus in the department of psychiatry at the University of Pennsylvania. He is regarded as the father of both cognitive therapy and cognitive behavioral therapy. His pioneering theories are widely used in the treatment of clinical depression and various anxiety disorders. Beck also developed self-report measures of depression and anxiety, notably the Beck Depression Inventory (BDI) which became one of the most widely used instruments for measuring depression severity. In 1994, he and his daughter, psychologist Judith S. Beck, founded the nonprofit Beck Institute for Cognitive Behavior Therapy providing CBT treatment, training, and research. Beck currently serves as President Emeritus of the organization. 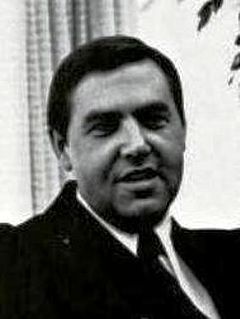 In psychology and cognitive science, a schema describes a pattern of thought or behavior that organizes categories of information and the relationships among them. It can also be described as a mental structure of preconceived ideas, a framework representing some aspect of the world, or a system of organizing and perceiving new information. Schemata influence attention and the absorption of new knowledge: people are more likely to notice things that fit into their schema, while re-interpreting contradictions to the schema as exceptions or distorting them to fit. Schemata have a tendency to remain unchanged, even in the face of contradictory information. Schemata can help in understanding the world and the rapidly changing environment. People can organize new perceptions into schemata quickly as most situations do not require complex thought when using schema, since automatic thought is all that is required.

In popular psychology and analytical psychology, the inner child is an individual's childlike aspect. It includes what a person learned as a child, before puberty. The inner child is often conceived as a semi-independent subpersonality subordinate to the waking conscious mind. The term has therapeutic applications in counseling and health settings. The concept became known to a broader audience through books by John Bradshaw, Margaret Paul and Erika Chopich.

Emotional reasoning is a cognitive process by which an individual concludes that their emotional reaction proves something is true, despite contrary empirical evidence. Emotional reasoning creates an 'emotional truth', which may be in direct conflict with the inverse 'perceptional truth'. It can create feelings of anxiety, fear, and apprehension in existing stressful situations, and as such, is often associated with or triggered by panic disorder or anxiety disorder. For example, even though a spouse has shown only devotion, a person using emotional reasoning might conclude, "I know my spouse is being unfaithful because I feel jealous." 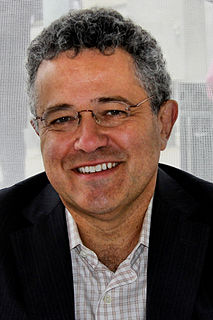 Jeffrey Ross Toobin is an American lawyer, blogger, author and legal analyst for CNN. During the Iran–Contra affair, he served as an associate counsel in the Department of Justice. He moved from government into writing during the 1990s, and wrote for The New Yorker from 1993 to 2020. Toobin has written several books, including an account of the O. J. Simpson murder case. That book was adapted as a TV series, The People v. O. J. Simpson: American Crime Story, which aired in 2016 as the first season of FX American Crime Story; it won nine Emmy Awards.

Nigel C. Benson is a British author and illustrator.

Gary Michael Null is a controversial American talk radio host and author who advocates for pseudoscientific alternative medicine and produces a line of questionable dietary supplements.

In Kantian philosophy, a transcendental schema is the procedural rule by which a category or pure, non-empirical concept is associated with a sense impression. A private, subjective intuition is thereby discursively thought to be a representation of an external object. Transcendental schemata are supposedly produced by the imagination in relation to time.

Jeffrey Burke Satinover is an American psychiatrist, psychoanalyst, and physicist. He is known for books on a number of controversial topics in physics and neuroscience, and on religion, but especially for his writing and public-policy efforts relating to homosexuality, same-sex marriage and the ex-gay movement.

Schema therapy was developed by Jeffrey E. Young for use in treatment of personality disorders and chronic DSM Axis I disorders, such as when patients fail to respond or relapse after having been through other therapies. Schema therapy is an integrative psychotherapy combining theory and techniques from previously existing therapies, including cognitive behavioral therapy, psychoanalytic object relations theory, attachment theory, and Gestalt therapy. 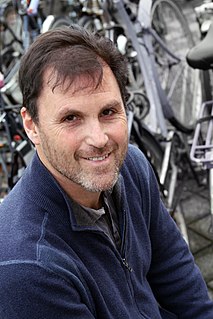 David Philip Bernstein was professor of forensic psychotherapy at Maastricht University in the Netherlands, an endowed chair jointly sponsored by Forensic Psychiatric Center "de Rooyse Wissel". His work is also supported by the Expertise Center for Forensic Psychiatry (EFP). At Maastricht University, Bernstein leads the forensic psychology section, which is embedded within the department of clinical psychological science. Bernstein has served as President of the Association for Research on Personality Disorders, Vice President of the International Society for the Study of Personality Disorders and Vice President of the International Society for Schema Therapy.

Elnora M. Gilfoyle is a retired American occupational therapist, researcher, educator, and university administrator. She worked at several hospitals before accepting a professorship at Colorado State University, later serving as Dean of the College of Applied Human Sciences and Provost/Academic Vice President at that university. She is also a past president of the American Occupational Therapy Association. With research interests in child development, developmental disabilities, and child abuse, she has led studies on the state and federal levels. The co-author of two books and many articles, she was inducted into the Colorado Women's Hall of Fame in 1996. 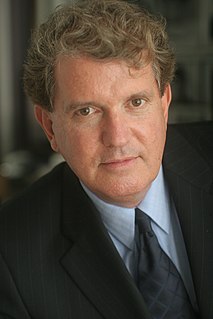 Robert L. Leahy is a psychologist and author and editor of 28 books dedicated to cognitive behaviour therapy. He is Director of the American Institute for Cognitive Therapy in New York and Clinical Professor of Psychology in the Department of Psychiatry at Weill Cornell Medical College.