John Fordham (died 1425) was Bishop of Durham and Bishop of Ely.

Fordham was keeper of the privy seal of Prince Richard from 1376 to 1377 and Dean of Wells before being named Lord Privy Seal in June 1377. He held that office until December 1381. [1] 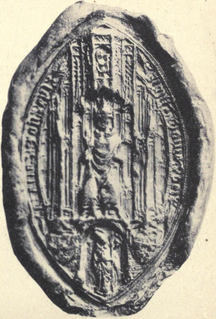 Thomas Hatfield or Thomas de Hatfield was Bishop of Durham from 1345 to 1381 under King Edward III. He was one of the last warrior-bishops in England. 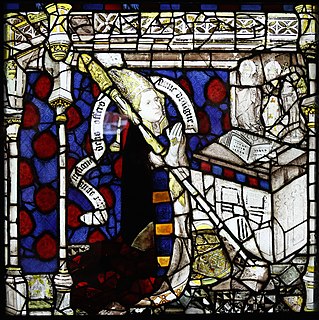 John Wakering was a medieval Bishop of Norwich.

Robert Wyvil was a medieval Bishop of Salisbury.