The front page of the publication features news from the stamp world, including significant new stamp issues around the world, major auctions of rare items, significant new discoveries, philatelic controversies, and notable events, such as eBay's ending two programs that regularly examined stamp and coin listings for the purpose of deterring fraudulent sales. [2]

Each issue has additional news stories inside along with a wide variety of features and columns.

Collectors also can subscribe to Linn's Stamp News Monthly only, at a reduced price. [3] Subscribers can read the complete contents online at no extra charge. Several eNewsletters [4] are sent each week that contain excerpts to Linn’s stories with links to the full story online. 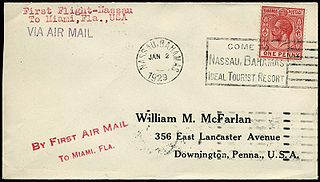 A cancellation is a postal marking applied on a postage stamp or postal stationery to deface the stamp and to prevent its reuse. Cancellations come in a huge variety of designs, shapes, sizes, and colors. Modern cancellations commonly include the date and post office location where the stamps were mailed, in addition to lines or bars designed to cover the stamp itself. The term "postal marking" sometimes is used to refer specifically to the part that contains the date and posting location, but the term is often used interchangeably with "cancellation." The portion of a cancellation that is designed to deface the stamp and does not contain writing is also called the "obliteration" or killer. Some stamps are issued pre-cancelled with a printed or stamped cancellation and do not need to have a cancellation added. Cancellations can affect the value of stamps to collectors, positively or negatively. Cancellations of some countries have been extensively studied by philatelists, and many stamp collectors and postal history collectors collect cancellations in addition to the stamps themselves. 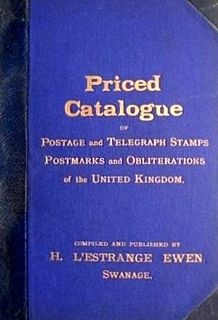 The Scott catalogue of postage stamps, published by Scott Publishing Company, now a subsidiary of Amos Media, is updated annually and lists all the stamps of the world that its editors recognize as issued for postal purposes. It is published in fourteen large volumes that include twelve volumes containing all the countries of the world that have ever issued postage stamps, the United States Specialized Catalog, and the 1840–1940 Classic Specialized Catalogue. It is also produced in non-printable CD and DVD editions. The numbering system used by Scott to identify stamps is dominant among stamp collectors in the United States, Canada and Mexico. 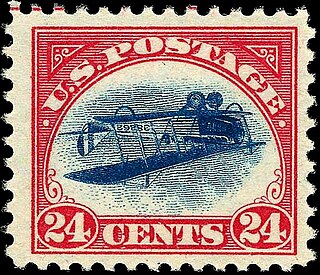 The Inverted Jenny is a 24 cent United States postage stamp first issued on May 10, 1918, in which the image of the Curtiss JN-4 airplane in the center of the design is printed upside-down; it is probably the most famous error in American philately. Only one pane of 100 of the invert stamps was ever found, making this error one of the most prized in philately. 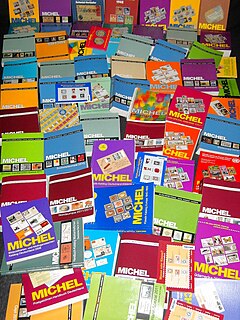 A stamp catalog is a catalog of postage stamp types with descriptions and prices. 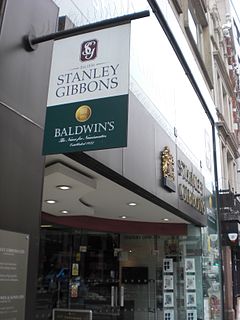 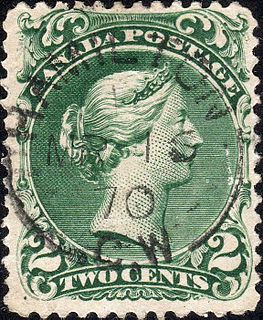 The 2¢ Large Queen on laid paper is the rarest postage stamp of Canada. Printed in 1868, it was not discovered until 1925, and so far only three have been found, all used. Many more could exist as at least one sheet must have been printed, and possibly many sheets; however, they may all have been destroyed, or lie unrecognised in stamp collections or on cover. 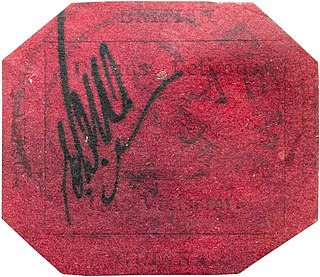 The British Guiana 1c magenta is regarded by many philatelists as the world's most famous rare stamp. It was issued in limited numbers in British Guiana in 1856, and only one specimen is now known to exist. It is the only major postage stamp ever issued that is not represented in Britain's Royal Philatelic Collection.

The Hawaiian Missionaries are the first postage stamps of the Kingdom of Hawaii, issued in 1851. They came to be known as the "Missionaries" because they were primarily found on the correspondence of missionaries working in the Hawaiian Islands. Only a handful of these stamps have survived to the present day, and so they are amongst the great rarities of philately. Kiloware is a term for packages of postage stamps sold to stamp collectors by weight rather than by quantity, often in kilograms, hence the name. Kiloware usually consists of used stamps on paper from mail clippings, although off paper stamps may also be sold as kiloware.

A philatelic auction, or stamp auction is a sale of stamps, covers and other philatelic material usually run by stamp dealers or specialist collectibles auctioneers, such as, David Feldman, Christie's and Sotheby's, where prospective purchasers place bids in an attempt to obtain the desired items.

John Walter Scott of New York City, was originally from England, but he emigrated to the United States to take part in the California Gold Rush. Unsuccessful at the prospecting trade, Scott began to sell postage stamps for collectors and in a short period of time became the nation's leading stamp dealer. During his lifetime, he was known as "The Father of American Philately" by his fellow stamp collectors.

George Ward Linn, of Ohio, was a philatelist who published philatelic literature extensively and was the founder of Linn's Weekly Stamp News in 1928, the philatelic journal for which he is most famous.

Charles James Phillips of London, England, and New York City, was a philatelist highly regarded in both England where he started his philatelic career and in the United States, where he emigrated to in 1922.

The Golden Monkey Stamp or Gēngshēn Monkey is a postage stamp issued in China in 1980 of which 5 million copies were printed. Although not rare, the stamp has come to symbolise the strong market for collectable postage stamps in Asia. Demand for the stamp has made it one of the most sought after contemporary Chinese stamps. 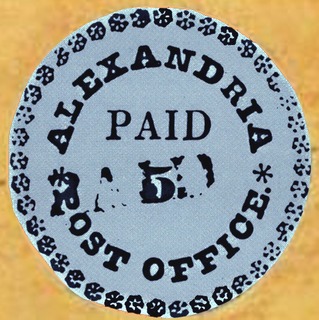 The Alexandria "Blue Boy" is a very rare stamp. It takes its name from the feature that makes it unique: its color. One of the few surviving stamps from a rare issue—the Postmaster's Provisionals produced in Alexandria, D.C., beginning in 1846, only seven of which are known—the Blue Boy is the sole example printed on blue paper. Postally used, the Blue Boy remains affixed to its original envelope, which last sold in 2019 and still holds the record for the highest priced cover of United States philately. 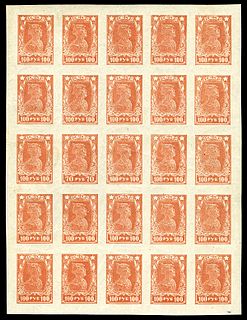 The 70r Red Army Soldier error or RSFSR 70r error of 1922 is one of the rarest postage stamps issued by Soviet Russia. Due to the double printing error, one cliché of the imperforate 25-stamp sheet has a 70-ruble value instead of the correct 100-ruble. Only four intact complete sheets are known.