Last updated April 18, 2019
This list is incomplete; you can help by expanding it.

The Pentium Pro from Intel is the first of their sixth-generation CPUs targeted at the consumer and server markets. The processor was relatively unusual in that the Pentium Pro used a unique "on-package cache" arrangement; the processor and the cache were on separate dies in the same package and were connected closely by a full-speed bus. The dies had to be bonded together early in the production process, before testing was possible. This meant that a single, tiny flaw in either die made it necessary to discard the entire assembly, which was one of the reasons for the Pentium Pro's relatively low production yield and high cost.

Complementary metal–oxide–semiconductor (CMOS) is a technology for constructing integrated circuits. CMOS technology is used in microprocessors, microcontrollers, static RAM, and other digital logic circuits. CMOS technology is also used for several analog circuits such as image sensors, data converters, and highly integrated transceivers for many types of communication. Frank Wanlass patented CMOS in 1967 while working for Fairchild Semiconductor.

MMX is a single instruction, multiple data (SIMD) instruction set designed by Intel, introduced in 1997 with its P5-based Pentium line of microprocessors, designated as "Pentium with MMX Technology". It developed out of a similar unit introduced on the Intel i860, and earlier the Intel i750 video pixel processor. MMX is a processor supplementary capability that is supported on recent IA-32 processors by Intel and other vendors.

The first Pentium microprocessor was introduced by Intel on March 22, 1993. Dubbed P5, its microarchitecture was the fifth generation for Intel, and the first superscalar IA-32 microarchitecture. As a direct extension of the 80486 architecture, it included dual integer pipelines, a faster floating-point unit, wider data bus, separate code and data caches and features for further reduced address calculation latency. In 1996, the Pentium with MMX Technology was introduced with the same basic microarchitecture complemented with an MMX instruction set, larger caches, and some other enhancements. 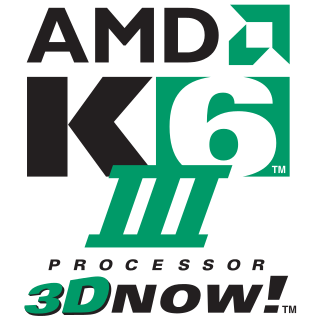 The K6-III, code-named "Sharptooth", is an x86 microprocessor manufactured by AMD, released on February 22, 1999, with 400 and 450 MHz models. It was the last Socket 7 desktop processor. For an extremely short time after its release, the fastest available desktop processor from Intel was the Pentium II 450 MHz. However, the K6-III also competed against the Pentium III "Katmai" line, released just days later on February 26. "Katmai" CPUs reached speeds of 500 MHz, slightly faster than the K6-III 450 MHz. K6-III performance was significantly improved over the K6-2 due to the addition of an on-die L2 cache running at full clock speed. When equipped with a 1MB L3 cache on the motherboard the 400 and 450 MHz K6-IIIs is claimed by Ars Technica to often outperform the more expensive Pentium III "Katmai" 450- and 500-MHz models, respectively. 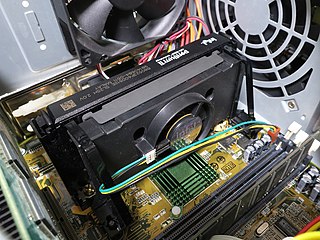 Slot 2 refers to the physical and electrical specification for the 330-lead Single Edge Contact Cartridge used by some of Intel's Pentium II Xeon and certain models of the Pentium III Xeon.