List of former or demolished entertainment venues in Paris 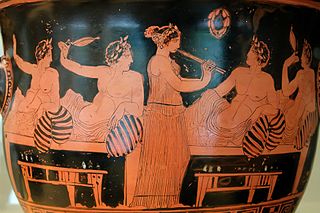 Entertainment is a form of activity that holds the attention and interest of an audience or gives pleasure and delight. It can be an idea or a task, but is more likely to be one of the activities or events that have developed over thousands of years specifically for the purpose of keeping an audience's attention. Although people's attention is held by different things, because individuals have different preferences in entertainment, most forms are recognisable and familiar. Storytelling, music, drama, dance, and different kinds of performance exist in all cultures, were supported in royal courts, developed into sophisticated forms and over time became available to all citizens. The process has been accelerated in modern times by an entertainment industry that records and sells entertainment products. Entertainment evolves and can be adapted to suit any scale, ranging from an individual who chooses a private entertainment from a now enormous array of pre-recorded products; to a banquet adapted for two; to any size or type of party, with appropriate music and dance; to performances intended for thousands; and even for a global audience. 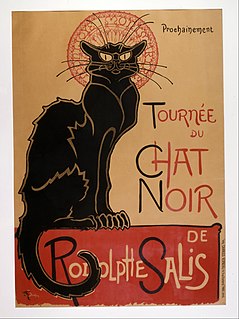 The Dominion Theatre is a West End theatre and former cinema located on Tottenham Court Road, close to St Giles Circus and Centre Point, in the London Borough of Camden. 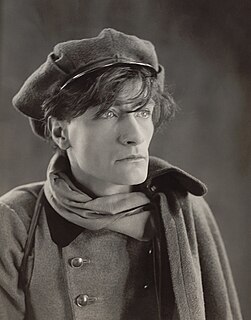 Antoine Henri Joseph Artaud, better known as Antonin Artaud, was a French dramatist, poet, essayist, actor, and theatre director, widely recognized as one of the major figures of twentieth-century theatre and the European avant-garde. He is best known for conceptualizing a 'Theatre of Cruelty'.

Élysée Montmartre is a music venue located at 72 Boulevard de Rochechouart, Paris, France. It opened in 1807, burned down in 2011, reopened in 2016, and has a capacity of 1,380 patrons. The nearest métro station is Anvers.

Le Grand Rex is a cinema and concert venue in Paris, France. It is noted for its sumptuous decoration and its outsized main auditorium, which is the largest cinema theatre in Europe.

The théâtre de Cluny or théâtre Cluny was an entertainment venue located at 71 boulevard Saint-Germain in the 5th arrondissement of Paris, inaugurated in 1864 and closed in 1989.

The Théâtre des Jeunes-Artistes was an 18th-century Parisian entertainment venue, now defunct, inaugurated in 1790 at 52 rue de Bondy in the 10th arrondissement of Paris. It had a capacity of 520 spectators.