Waterloo Football Club is an English Rugby Union team based at St Anthonys Road, Blundellsands, Merseyside. Once a powerhouse of the English rugby union game, the men's 1st XV now play in North 1 West at the sixth level of English rugby union system, following their relegation from National League 3 North at the end of the 2016-17 season. 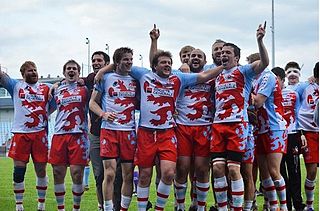 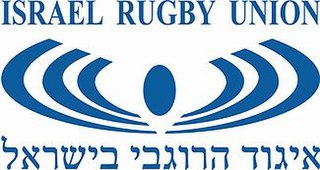 The Croatia national rugby union team is governed by the Croatian Rugby Union. Croatia are currently ranked 45th in the official world rankings. Croatia have been playing internationals rugby since 1992, they have yet to qualify for the Rugby World Cup.The national side is ranked 45th in the world

Rugby Club Luxembourg, abbreviated to RCL, is a rugby union club, based in Cessange, Luxembourg City, in southern Luxembourg. Luxembourg has no domestic league of its own, so RCL plays in neighbouring countries' leagues; they currently play in the German Rugby-Bundesliga, having previously competed in the Belgian and French National Leagues.

Rugby Club Walferdange, known as 'De Renert', is a francophone rugby union club, based in Walferdange, in central Luxembourg. Luxembourg has no domestic league of its own, so De Renert plays in the German Regional Leagues. 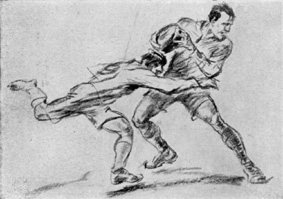 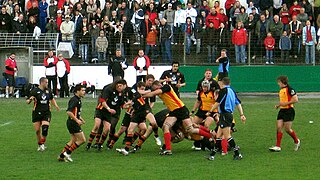 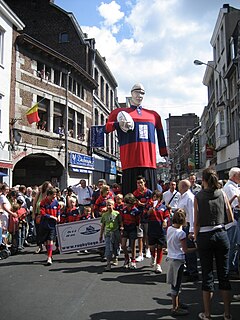