Robert Anthony Rodriguez is an American filmmaker and visual effects supervisor. He shoots, edits, produces, and scores many of his films in Mexico and in his home state of Texas. Rodriguez directed the 1992 action film El Mariachi, which was a commercial success after grossing $2 million against a budget of $7,000. The film spawned two sequels known collectively as the Mexico Trilogy: Desperado and Once Upon a Time in Mexico. He directed From Dusk Till Dawn in 1996 and developed its television adaptation series (2014–2016). Rodriguez co-directed the 2005 neo-noir crime thriller anthology Sin City and the 2014 sequel, Sin City: A Dame to Kill For. Rodriguez also directed the Spy Kids films, The Faculty, The Adventures of Sharkboy and Lavagirl, Planet Terror, Machete, and Alita: Battle Angel. He is the best friend and frequent collaborator of filmmaker Quentin Tarantino, who founded the production company A Band Apart, of which Rodriguez was a member. In December 2013, Rodriguez launched his own cable television channel, El Rey.

Shakespeare Santa Cruz was an annual professional theatre festival in Santa Cruz, California, which ran from 1981 to 2013. After losing the financial support of the University of California, Santa Cruz, the company was relaunched through crowdfunding as Santa Cruz Shakespeare. 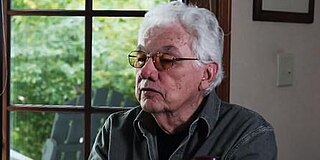 Adam Horowitz is an American screenwriter and producer. He is known for co-creating the ABC fairy tale drama series Once Upon a Time with his writing partner Edward Kitsis. Days after the show ended in 2018, Kitsis and Horowitz were announced as showrunners for Apple TV's Amazing Stories.

Walter C. Pfister, ASC is an American cinematographer and director, who is best known for his work with Christopher Nolan. Pfister won an Academy Award for Best Cinematography for Inception (2010). Pfister is also known for his work on director F. Gary Gray's The Italian Job and Bennett Miller's Moneyball. Pfister made his directorial debut with Transcendence (2014), through Alcon Entertainment. He has also directed commercials and television, including episodes of Flaked and The Tick.

"The Glass Ballerina" is the second episode of the third season of the TV series Lost, and the 51st episode overall. The episode was written by Jeff Pinkner and Drew Goddard and directed by Paul Edwards, and premiered on October 11, 2006, on ABC. The characters of Sun and Jin are featured in the episode's flashbacks; on the Island, they and Sayid attempt to discover the whereabouts of Jack, Kate, and Sawyer.

Robert Christopher Elswit, ASC is an American cinematographer. He has had multiple Oscar, BAFTA and Independent Spirit nominations for several films, including winning for There Will Be Blood (2007). Elswit frequently works with director Paul Thomas Anderson.

Don King is an American photographer, cinematographer, and film director. He is renowned worldwide for his photographic and cinematic images of ocean surface waves and surfing.

Daryn Okada, A.S.C. is a cinematographer and the former president of the American Society of Cinematographers. In 2015, Okada joined the board of governors of the Academy of Motion Picture Arts and Sciences. A highly prolific director of photography, Okada has worked on numerous well-known films including Halloween H20: 20 Years Later, Lake Placid, Mean Girls, and American Reunion, many of which are directed by Steve Miner. 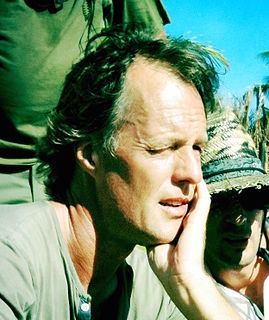 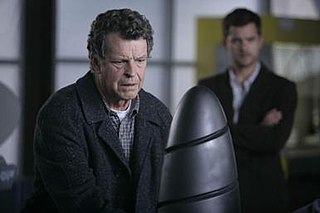 "The Same Old Story" is the second episode of the first season of the American science fiction drama television series Fringe. The episode was written by executive producer Jeff Pinkner and co-creators J. J. Abrams, Alex Kurtzman, and Roberto Orci. When developing the series, they sought to find a medium between serialized drama and the crime procedural. "The Same Old Story" was the first regular episode of Fringe, and journalists viewed it as an example of what they could expect from the series. It was directed by Paul A. Edwards.

"Snakehead" is the ninth episode of the second season of the American science fiction drama television series Fringe. The episode followed the Fringe team's investigation into horrible deaths caused by large parasitic worms erupting from their victims' mouths. The case soon leads them to a Chinese gang and a black market of immunodeficiency medicinal drugs.

Dennis L. Smith is an American television cinematographer, director and former camera operator. Dennis began his career as a news photojournalists for ABC winning United Press InternatIonal and Associated Press "Best Newsfilm of the Year" awards for his Documentaries. He also contributed to winning two George Foster Peabody's from the University of Georgia. 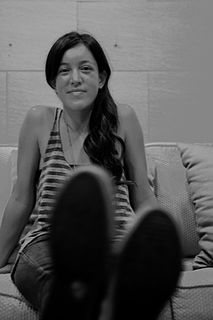 Tamara Benitez is a Filipina Cinematographer and camera operator, based in Metro Manila, Philippines. Known primarily for her underwater videography, Benitez has worked extensively for the ABS-CBN Corporation and under its production companies Star Cinema and VIVA Films, and has worked with such directors as Lav Diaz, Wenn Deramas, Sig Sanchez, Paolo Herras, and Martin Aviles. She has also worked with Cinematographer Arvin Viola on numerous occasions. Benitez is one of few female Cinematographers working in the cinema of the Philippines. In 2006 she was Director of Photography for the featured pictures Heremias and Lambanog, and in 2011 shot footage for the TV series Survivor India and served as Director of Photography for the TV series Where's Tony.