Courtenay's ecclesiastical career ran side by side with involvement in the political affairs of the day. By June 1462 he had left Padua and was back in England, where he entered the service of King Edward IV, and was sent by the King to offer the Duke of Milan the Order of the Garter. In November 1463 he acted as the King's proctor in the papal curia. However, in 1470 both he and his elder brother, Sir Philip Courtenay, had joined King Edward's brother, the Duke of Clarence, in opposition to the King. Courtenay accommodated himself to the Lancastrian regime during the readeption, serving as secretary to King Henry VI. However, in 1471 he rejoined Clarence, and by March 1472 was secretary to Edward IV, who had taken back the throne. Courtenay was still serving as King Edward's secretary in May 1474, and appears to have become a member of the King's council in 1477–8. [14]

After the death of Edward IV on 9 April 1483, Courtenay initially supported the new King, Richard III. [15] However, in the fall of 1483 both he and his younger brother, Walter Courtenay (d. 7 November 1506), attempted to incite a rising in Devon and Cornwall on behalf of Henry Tudor, the future King Henry VII. The rising failed, and Courtenay fled to the continent, joining Tudor in exile at Vannes, Brittany. In January 1484 he was attainted by Parliament, and his temporalities were forfeited. Courtenay accompanied Henry Tudor on his return to England, and after the victory at Bosworth and the death of Richard III, was made Keeper of the Privy Seal on 8 September 1485, and was one of the bishops who officiated at the new King's coronation. His attainder was reversed by Henry VII's first Parliament, and on 29 January 1487 he was translated to become Bishop of Winchester. [16]

Courtenay continued to play a political role until his death, being present at the ratification of a treaty with Spain on 23 September 1490 and the creation of the King's eldest son, Arthur, as Prince of Wales on 29 November 1491. Courtenay died on 23 September 1492, and was buried in Winchester Cathedral. [17]

Courtenay's rising against Richard III is mentioned in Act IV Scene iv of Shakespeare's Richard III, although Shakespeare erroneously refers to Sir Edward Courtenay, the Bishop's cousin, as his brother:

Mess. My gracious sovereign, now in Devonshire, As I by friends am well advertised, Sir Edward Courtney and the haughty prelate, Bishop of Exeter, his elder brother, With many moe confederates, are in arms. 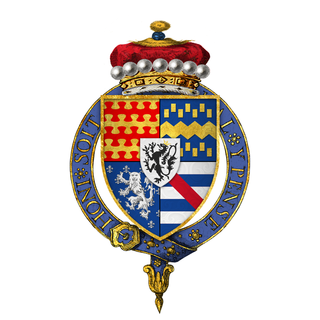 Francis Lovell, 9th Baron Lovell, 6th Baron Holand, later 1st Viscount Lovell, KG was an English nobleman who was an ally of King Richard III during the War of the Roses. Sir William Catesby, Sir Richard Ratcliffe and he were among Richard's closest supporters, famously called "the Cat, the Rat and Lovell our dog" in an anti-Ricardian squib. In addition to being an ally, Lovell is described as Richard's best friend.

Sir Richard Grey was an English knight and the half-brother of King Edward V of England. 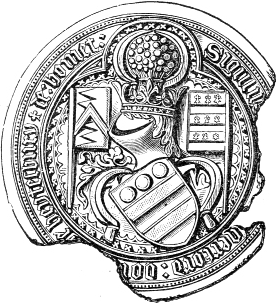 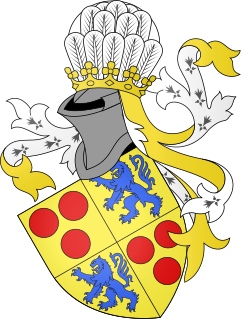 Edward Courtenay, 1st Earl of Devon, KG was an English nobleman. He was a member of the ancient Courtenay family.

Katherine Stourton, Baroness Grey of Codnor was an English noblewoman. Her life reflects the turbulence of English political life in the late fifteenth and early sixteenth centuries; her first husband was attainted for treason, and her third husband holds the record for the longest period of imprisonment in the Tower of London.

Sir William Huddesfield of Shillingford St George in Devon, was Attorney General for England and Wales to Kings Edward IV (1461–1483) and Henry VII (1485–1509). He built the tower of St George's Church, Shillingford.