The young René first learned about machines working with his father, a carpenter. [1] By 1915, with most teachers conscripted, René left school and started work, first as a farmhand and later in factories, eventually making his way to Paris. Bonnet was a capable athlete, playing right winger for the local Dompierre-sur-Besbre football team. [2]

In 1925 he joined the Navy "to see the oceans", where a sadistic officer made him dive into a shallow pool, causing him a back injury which was to trouble him for the rest of his life. [2] Diagnosed with tubercolosis of the bones, he spent some time in sanatoriums, where he learned how to make shawls. [3] By 1929 he was back in his hometown of Vaumas, eking out a meagre living at this trade. His life really began to change soon thereafter when his sister asked René to come assist her in running the small garage which had become her responsibility after her husband's recent death. The garage was also a Rosengart dealer, although they had not yet managed to sell a single car when René took over. He proved an adept salesman and soon also became a Citroën dealer, a much more profitable agancy. [3] In October 1932, he bought a small coachworker called "La Maison Deutsch" from the founder's widow. The founder's 21-year-old son, Charles Deutsch continued to work for Bonnet and the two were to develop a long and fruitful collaboration. [4]

He started building race cars in 1936 with Charles Deutsch and in 1946 they founded Deutsch et Bonnet in Champigny-sur-Marne, using Citroën and Panhard mechanics. They separated in 1961 and René Bonnet founded the firm Automobiles René Bonnet in Romorantin. Bonnet created the world's first road-legal mid-engined sports car, powered by Renault mechanics: the René Bonnet Djet http://www.automobile-sportive.com/guide/matra/djet.php. The Djet had a significant racing career at Sebring, Le Mans, the Nürburgring (in 1962, a Djet finished 20th and 1st in its class) and in many rallies including the Tour de France Automobile http://www.club-djet.com/histoire/histoire.htm.

There was also a convertible called the "Missile", which sported tailfins. This car, however, was a commercial failure in spite of its performance. As a result of this, Automobiles René Bonnet came into financial trouble and he was forced to sell the company to its supplier Matra in October 1964. Bonnet never returned to the automobile industry afterwards, [5] but the Djet and Missiles remained in production by Matra. 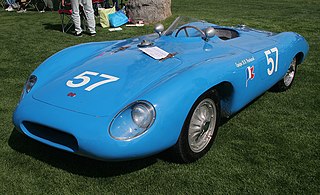 DB was a French automobile maker between 1938 and 1961, based in Champigny-sur-Marne near Paris. The firm was founded by Charles Deutsch and René Bonnet, an offshoot of the Deutsch family's existing coachbuilding shop which had been taken over by Bonnet in 1932. Immediately before the war the partners concentrated on making light-weight racing cars, but a few years after the war, starting with the presentation of a Panhard based cabriolet at the 1950 Paris Motor Show, the company also began to produce small road-going sports cars. By 1952 the company no longer had its own stand at the Paris Motor Show, but one of their cars appeared as a star attraction on the large Panhard stand, reflecting the level of cooperation between the two businesses.

Matra was a French industrial conglomerate. During its years of operation, it was engaged in a wide range of business activities, primarily focused around automobiles, bicycles, aeronautics and weaponry.

The Citroën SM is a high-performance coupé produced by the French manufacturer Citroën from 1970 to 1975. The SM placed third in the 1971 European Car of the Year contest, trailing its stablemate Citroën GS, and won the 1972 Motor Trend Car of the Year award in the U.S.

Charles Deutsch (1911–1980) was a French aerodynamics engineer and automobile maker, founder of the brand "DB" with René Bonnet, and later of the "CD". 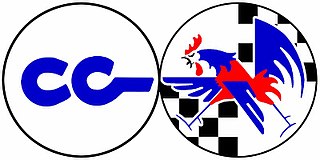 Chappe et Gessalin is the short-form of the name of French coachbuilder "Carrosserie Chappe Frères et Gessalin". The company built automobile bodies and did contract assembly for other automobile manufacturers. It was also the parent of Automobiles CG, a French automobile maker founded in 1966 which built and sold complete cars under its own name.

Simca was a French automaker, founded in November 1934 by Fiat and directed from July 1935 to May 1963 by Italian Henri Pigozzi. Simca was affiliated with Fiat and, after Simca bought Ford's French activities, became increasingly controlled by the Chrysler Group. In 1970, Simca became a subsidiary and brand of Chrysler Europe, ending its period as an independent company. Simca disappeared in 1978, when Chrysler divested its European operations to another French automaker, PSA Peugeot Citroën. PSA replaced the Simca brand with Talbot after a short period when some models were badged as Simca-Talbots. 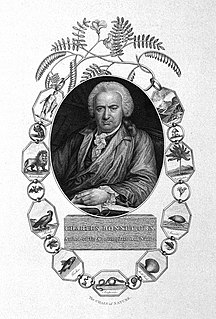 Charles Bonnet was a Genevan naturalist and philosophical writer. He is responsible for coining the term phyllotaxis to describe the arrangement of leaves on a plant. He was among the first to notice parthenogenetic reproduction in aphids and established that insects respired through their spiracles. He was among the first to use the term "evolution" in a biological context. Deaf from an early age, he also suffered from failing eyesight and had to make use of assistants in later life to help in his research.

Panhard was a French motor vehicle manufacturer that began as one of the first makers of automobiles. It was a manufacturer of light tactical and military vehicles. Its final incarnation, now owned by Renault Trucks Defense, was formed by the acquisition of Panhard by Auverland in 2005, and then by Renault in 2012. In 2018 Renault Trucks Defense, ACMAT and Panhard combined under a single brand, Arquus. 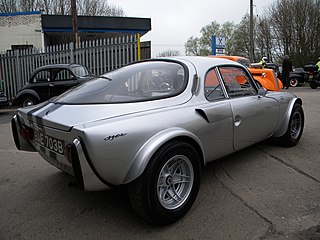 ATS is an Italian automotive constructor. It once had a racing team that operated between 1963 and 1965, formed after the famous "Palace Revolution" at Ferrari.

The Matra 530 is a sports car created and built by the French engineering group Matra. 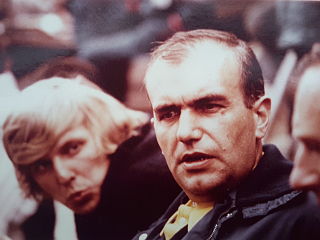 Georges Martin was a French engineer, a graduate of the Special School of Public Works, "mechanical-electrical" section. He designed automobile internal combustion engines including the "Poissy engine" that powered various cars from Simca, Matra, Chrysler, Talbot, Plymouth, and Dodge from 1961 until 1991, and perhaps more famously, the successful V12 Matra Sports engine for Matra's Formule 1 team.

Corre La Licorne was a French car maker founded 1901 in Levallois-Perret, at the north-western edge of central Paris, by Jean-Marie Corre. Cars were produced until 1947. 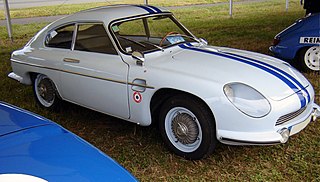 The HBR 5 model (1954–1959) was Deutsch and Bonnet's (DB) most successful project to date, with several hundred of the cars produced until 1959. Another small series of lowered and lightened cars called "Super Rallye" occurred in 1960 and 1961. Around 660 of the Mille Miles, Coach, and HBR 4/5s were built in total. Other sources account for 950 DB coupés, of which nearly all would be HBRs and their Frua-designed predecessors. 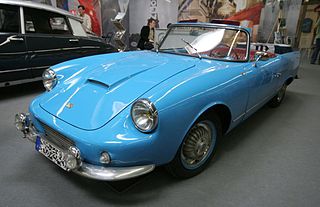 The DB Le Mans is a fibreglass-bodied two-door sports car with front-wheel drive, built in France from 1959 until 1964. Originally equipped with Panhard two-cylinder boxers, the cars built by René Bonnet had Renault four-cylinder engines. The car, with pronounced tailfins and more comfortable than previous efforts by DB was aimed squarely at the US market.

The Citroën Traction Avant was a range of mostly 4-door saloons and executive cars, with four or six-cylinder engines, produced by the French manufacturer Citroën from 1934 to 1957. Approximately 760,000 units were produced.

Pichon-Parat was a French carrosserie based in the commune of Sens, in the department of Yonne. Established in 1952, it was known for producing custom cabriolet, coupé, estate car, and shooting brake conversions of established models from major automakers, and for building their own distinctive sporting models with completely original bodywork.