In seismology, S-waves, secondary waves, or shear waves (sometimes called elastic S-waves) are a type of elastic wave and are one of the two main types of elastic body waves, so named because they move through the body of an object, unlike surface waves. [1]

S-waves are transverse waves, meaning that the oscillations of an S-wave's particles are perpendicular to the direction of wave propagation, and the main restoring force comes from shear stress. [2] Therefore, S-waves can't propagate in liquids [3] with zero (or very low) viscosity; However, they may propagate in liquids with high viscosity. [4] [5]

The name secondary wave comes from the fact that they are the second type of wave to be detected by a earthquake seismogram, after the compressional primary wave, or P-wave, because S-waves travel slower in rock. Unlike P-waves, S-waves cannot travel through the molten outer core of the Earth, and this causes a shadow zone for S-waves opposite to their origin. They can still propagate through the solid inner core: when a P-wave strikes the boundary of molten and solid cores[ inconsistent ] at an oblique angle, S-waves will form and propagate in the solid medium. When these S-waves hit the boundary again at an oblique angle, they will in turn create P-waves that propagate through the liquid medium. This property allows seismologists to determine some physical properties of the Earth's inner core. [6]

In 1830, the mathematician Siméon Denis Poisson presented to the French Academy of Sciences an essay ("memoir") with a theory of the propagation of elastic waves in solids. In his memoir, he states that an earthquake would produce two different waves: one having a certain speed

and the other having a speed

. At a sufficient distance from the source, when they can be considered plane waves in the region of interest, the first kind consists of expansions and compressions in the direction perpendicular to the wavefront (that is, parallel to the wave's direction of motion); while the second consists of stretching motions occurring in directions parallel to the front (perpendicular to the direction of motion). [7]

For the purpose of this explanation, a solid medium is considered isotropic if its strain (deformation) in response to stress is the same in all directions. Let

due elastic vibrations, understood to be a function of the rest position

. The deformation of the medium at that point can be described by the strain tensor

, the 3×3 matrix whose elements are

. The strain tensor is related to the 3×3 stress tensor

is the Kronecker delta (1 if

are the Lamé parameters (

being the material's shear modulus). It follows that

From Newton's law of inertia, one also gets

is the density (mass per unit volume) of the medium at that point, and

denotes partial derivative with respect to time. Combining the last two equations one gets the seismic wave equation in homogeneous media

, with some approximations, this equation can be written as

Taking the curl of this equation and applying vector identities, one gets

This formula is the wave equation applied to the vector quantity

, which is the material's shear strain. Its solutions, the S-waves, are linear combinations of sinusoidal plane waves of various wavelengths and directions of propagation, but all with the same speed

Taking the divergence of seismic wave equation in homogeneous media, instead of the curl, yields a wave equation describing propagation of the quantity

, which is the material's compression strain. The solutions of this equation, the P-waves, travel at the speed

that is more than twice the speed

where k is the wave number.

Acoustic theory is a scientific field that relates to the description of sound waves. It derives from fluid dynamics. See acoustics for the engineering approach.

In elastodynamics, Love waves, named after Augustus Edward Hough Love, are horizontally polarized surface waves. The Love wave is a result of the interference of many shear waves (S-waves) guided by an elastic layer, which is welded to an elastic half space on one side while bordering a vacuum on the other side. In seismology, Love waves are surface seismic waves that cause horizontal shifting of the Earth during an earthquake. Augustus Edward Hough Love predicted the existence of Love waves mathematically in 1911. They form a distinct class, different from other types of seismic waves, such as P-waves and S-waves, or Rayleigh waves. Love waves travel with a lower velocity than P- or S- waves, but faster than Rayleigh waves. These waves are observed only when there is a low velocity layer overlying a high velocity layer/ sub–layers.

The Maxwell stress tensor is a symmetric second-order tensor used in classical electromagnetism to represent the interaction between electromagnetic forces and mechanical momentum. In simple situations, such as a point charge moving freely in a homogeneous magnetic field, it is easy to calculate the forces on the charge from the Lorentz force law. When the situation becomes more complicated, this ordinary procedure can become impossibly difficult, with equations spanning multiple lines. It is therefore convenient to collect many of these terms in the Maxwell stress tensor, and to use tensor arithmetic to find the answer to the problem at hand.

Nonlinear acoustics (NLA) is a branch of physics and acoustics dealing with sound waves of sufficiently large amplitudes. Large amplitudes require using full systems of governing equations of fluid dynamics and elasticity. These equations are generally nonlinear, and their traditional linearization is no longer possible. The solutions of these equations show that, due to the effects of nonlinearity, sound waves are being distorted as they travel.

In continuum mechanics, a compatible deformation tensor field in a body is that unique tensor field that is obtained when the body is subjected to a continuous, single-valued, displacement field. Compatibility is the study of the conditions under which such a displacement field can be guaranteed. Compatibility conditions are particular cases of integrability conditions and were first derived for linear elasticity by Barré de Saint-Venant in 1864 and proved rigorously by Beltrami in 1886.

The acoustoelastic effect is how the sound velocities of an elastic material change if subjected to an initial static stress field. This is a non-linear effect of the constitutive relation between mechanical stress and finite strain in a material of continuous mass. In classical linear elasticity theory small deformations of most elastic materials can be described by a linear relation between the applied stress and the resulting strain. This relationship is commonly known as the generalised Hooke's law. The linear elastic theory involves second order elastic constants and yields constant longitudinal and shear sound velocities in an elastic material, not affected by an applied stress. The acoustoelastic effect on the other hand include higher order expansion of the constitutive relation between the applied stress and resulting strain, which yields longitudinal and shear sound velocities dependent of the stress state of the material. In the limit of an unstressed material the sound velocities of the linear elastic theory are reproduced.

In general relativity, light is assumed to propagate in a vacuum along a null geodesic in a pseudo-Riemannian manifold. Besides the geodesics principle in a classical field theory there exists Fermat's principle for stationary gravity fields. 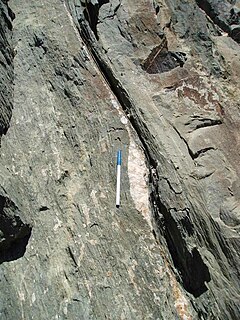 Plasticity theory for rocks is concerned with the response of rocks to loads beyond the elastic limit. Historically, conventional wisdom has it that rock is brittle and fails by fracture while plasticity is identified with ductile materials. In field scale rock masses, structural discontinuities exist in the rock indicating that failure has taken place. Since the rock has not fallen apart, contrary to expectation of brittle behavior, clearly elasticity theory is not the last work.