It was founded in 2000 in order to help various non-party affiliated town mayors to take part in regional assembly elections. Later it won two seats in the Senate elections in 2002. 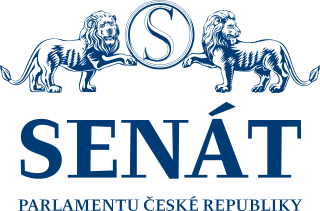 In the 2004 European Parliament Election it stood on a joint ticket with the European Democrats which gained 11% of the vote and elected three MEPs, two of whom are members of the SNK. 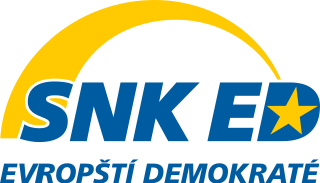 The Democratic Party, abbreviated to PD, was a liberal and social-liberal minor political party in Poland. At the time of its dissolution, it had no members of the Sejm, Senate, or European Parliament.

The Czech Social Democratic Party is a social-democratic political party in the Czech Republic. It holds 15 seats in the Chamber of Deputies following the 2017 legislative election, losing 35 seats. The party has been led by Jan Hamáček since 2018. It has been a junior coalition party within a minority cabinet since June 2018, and was a senior coalition party from 1998 to 2006 and from 2013 to 2017.

The Freedom Union–Democratic Union was a small, pro-european liberal party in the Czech Republic from 1998 to 2011.

The Homeland Union – Lithuanian Christian Democrats is a centre-right political party in Lithuania. It has 18,000 members and 30 of 141 seats in the Seimas.

Jan Zahradil MEP is a Czech politician for the Civic Democratic Party (ODS). He has been a Member of the European Parliament (MEP) since the Czech Republic entered the European Union in 2004. Zahradil also served as Member of the Chamber of Deputies (MP) from 1998 to 2004.

The Green Party is a political party in the Czech Republic.

In parliamentary politics, the term balance of power may describe a parliamentary situation in which a member or a number of members of chamber are in a position by their uncommitted vote to enable a party to attain and remain in minority government, and the term may also be applied to the members who hold that position. The members holding the balance of power may guarantee their support for a government by either joining it in a coalition government or by an assurance that they will vote against any motion of no confidence in the government or abstain in such a vote. In return for such a commitment, such persons may demand legislative or policy commitments from the party they are to support. A person or party may also hold a balance of power in a chamber without any commitment to government, in which case both the government and opposition groupings may on occasion need to negotiate that person's legislative support. 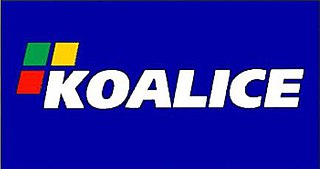