Sands is an English and Scottish surname. Notable people with the surname include:

Rear Admiral Benjamin F. Sands was an officer in the United States Navy during the Mexican–American War and the American Civil War. 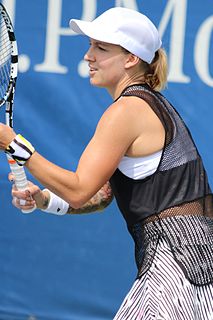 Billy Sands was an American character actor who appeared as a regular on The Phil Silvers Show as Pvt. Dino Papparelli and was a regular on McHale's Navy as Harrison "Tinker" Bell. He also made guest-starring roles on many other television series, including Car 54, Where Are You?, All in the Family, Here's Lucy, Happy Days, and The Odd Couple. Sands also appears in one of the opening scenes of Rocky as a booker for the fighters.

George Sands is a fictional werewolf in the comedy-drama TV series Being Human, portrayed by Russell Tovey. The male lead for the duration of the show's first three series appeared in 24 episodes of the drama, as well as in three Being Human novels.

John Christopher Depp II is an American actor, producer, and musician. He has been nominated for 10 Golden Globe Awards, winning one for Best Actor for his performance of the title role in Sweeney Todd: The Demon Barber of Fleet Street (2008) and has been nominated for three Academy Awards for Best Actor, among other accolades. He is regarded as one of the world's biggest film stars.

Sand is a Norwegian and German surname. Notable people with the surname include:

Sandys is a surname of Anglo-Saxon origin. It is an older spelling of Sands, and is now usually pronounced as such.

Knowles is a common Cornish surname of Celtic origin, and can also be an Anglicized version of the Irish name Ó Tnúthghail. It may refer to many people.

Nolan is both a surname and a given name, of Irish origin from Ó Nualláin. Notable people with the name include:

Conroy is an Irish surname.

Myles is a given name as well as a surname.

Lyons is a surname with several origins. It is the name of a noble Anglo-Norman family that originated in district of the Forest of Lyons, north of the town of Lyons-la-Forêt in Haute Normandie, where the family seat was the Castle of Lyons. The original surname was "de Lyons" : subsequently, the "de" was removed from the name, and some branches removed the "s" from the end of the word, producing "Lyon". The English progenitors of this family were Ingelram de Lyons, Lord of Lyons, who arrived in England with the Norman Conquest, and his relation, Nicholas de Lyons, who emigrated from Normandy to England in 1080 and was granted lands at Warkworth, Northamptonshire by William of Normandy. Descendants of this family emigrated to Scotland, during the 14th-century, to Ireland, during the 15th-century, to Antigua, during the 16th-century, and to New York, during the 17th century.

Buchanan is a surname of Scottish origin. People with this surname include:

Robinson is an English language patronymic surname, originating in England. It means "son of Robin ". There are similar surname spellings such as Robison and Robeson. Robinson is the 15th-most common surname in the United Kingdom. According to the 1990 United States Census, Robinson was the twentieth most frequently encountered surname among those reported, accounting for 0.23% of the population.

Carroll is an Irish surname coming from the Gaelic O Cearbhaill and Cearbhall, meaning "fierce in battle".

Ingram or Ingrams is a surname, from the given name Ingram. Notable people with the surname include: