Secure Islands Technologies Ltd. was founded by two brothers, Aki and Yuval Eldar, in late 2006, to develop and sell advanced data security solutions. The then Jerusalem-based start-up company suggested a new solution for data protection: embedding security directly in data. [3] Secure Islands builds software designed to classify sensitive information automatically based on policies outlined by an enterprise, and then to wrap it in the appropriate level of Digital rights management (DRM). [4]

Secure Islands Technologies Ltd. software is based on its active data immunization concept. [7] Secure Islands’ Data Immunization technology uniquely embeds protection within information itself at the moment of creation or initial organizational access. This process is automatic and accompanies sensitive information throughout its lifecycle from creation, through usage and collaboration to storage and archival. [8] [9]

The company's IQProtector product, [10] which is cloud-based, classifies unstructured data [11] [12] and automates IRM by classification at endpoints. [13] [14]

Trusted Computing (TC), also often referred to as Confidential Computing, is a technology developed and promoted by the Trusted Computing Group. The term is taken from the field of trusted systems and has a specialized meaning. The core idea of trusted computing is to give hardware manufacturers control over what software does and does not run on a system by refusing to run unsigned software. With Trusted Computing, the computer will consistently behave in expected ways, and those behaviors will be enforced by computer hardware and software. Enforcing this behavior is achieved by loading the hardware with a unique encryption key that is inaccessible to the rest of the system and the owner. 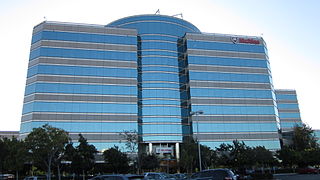 HP Autonomy, previously Autonomy Corporation PLC, was an enterprise software company which was merged with Micro Focus in 2017. It was founded in Cambridge, United Kingdom in 1996.

Sophos Group plc is a British security software and hardware company. Sophos develops products for communication endpoint, encryption, network security, email security, mobile security and unified threat management. Sophos is primarily focused on providing security software to 100- to 5,000-seat organizations. While not a primary focus, Sophos also protects home users, through free and paid antivirus solutions intended to demonstrate product functionality. It was listed on the London Stock Exchange until it was acquired by Thoma Bravo in February 2020.

Acronis International GmbH, simply referred to as Acronis, is a global technology company with its corporate headquarters in Schaffhausen, Switzerland and global headquarters in Singapore. Acronis develops on-premises and cloud software for backup, disaster recovery, and secure file sync and share and data access. Acronis has 18 offices worldwide. Its R&D centers, Acronis Labs, are based in Russia, the United States and Singapore. Acronis has Cloud data centers around the world, including the United States, France, Singapore, Japan, and Germany.

Webroot Inc. is an American privately-held cybersecurity software company that provides Internet security for consumers and businesses. The company was founded in Boulder, Colorado, US and is now headquartered in Broomfield, Colorado, and has US operations in San Mateo and San Diego, and globally in Australia, Austria, Ireland, Japan and the United Kingdom. The international headquarters is located in Dublin, Ireland.

Data loss prevention (DLP) software detects potential data breaches/data ex-filtration transmissions and prevents them by monitoring, detecting and blocking sensitive data while in use, in motion, and at rest.

The Opal Storage Specification is a set of specifications for features of data storage devices that enhance their security. For example, it defines a way of encrypting the stored data so that an unauthorized person who gains possession of the device cannot see the data. That is, it is a specification for self-encrypting drives (SED).

Mimecast Limited is a Jersey-domiciled, UK-headquartered company specializing in cloud-based email management for Microsoft Exchange and Microsoft Office 365, including security, archiving, and continuity services to protect business mail. The company is listed on the NASDAQ.

Trusteer is a Boston-based computer security division of IBM, responsible for a suite of security software. Founded by Mickey Boodaei and Rakesh K. Loonkar, in Israel in 2006, Trusteer was acquired in September 2013 by IBM for $1 billion.

PKWARE, Inc. is an enterprise data protection software company that provides discovery, classification, masking and encryption solutions, along with data compression software, used by thousands of organizations in financial services, manufacturing, military, healthcare and government. These solutions are used by enterprises that need to comply with data protection regulations such as GDPR, CCPA, HIPAA, PCI DSS, TISAX, ITAR, CDPA, LGPD and other emerging laws. The company is headquartered in Milwaukee, Wisconsin with additional offices in the US, UK and India.

G Data CyberDefense AG is a German software company that focuses on computer security. The company was founded in 1985 and is headquartered in Bochum. They are known for being the creators of the world's first antivirus software. G Data use multiple scanning engines; one is developed in-house and the other is the Bitdefender engine. G Data provides several security products that are targeted at home and business markets. The company has a North American subsidiary located in Newark, Delaware. 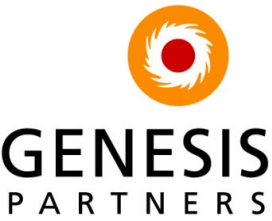