Montenegro is a country in southeast Europe on the Adriatic coast of the Balkans. It borders Bosnia and Herzegovina to the north, Serbia to the east, Albania to the southeast, the Adriatic Sea and Croatia to the west. The largest and capital city is Podgorica while Cetinje has the status of old royal capital. 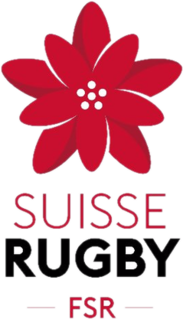 The Switzerland national rugby union team is a member of Rugby Europe and plays in the Division 2A of the European Nations Cup. Thus far Switzerland have not qualified for a Rugby World Cup. 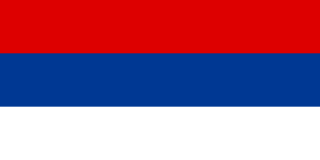 Montenegro participated at the Olympic Games for the first time as an independent nation in 2008, at the Beijing Games. Previously, Montenegrin athletes have competed as part of Serbia and Montenegro in 2004 and as part of Yugoslavia before that.

The Serbia women's national football team represents Serbia in international women's football competitions and is controlled by the Football Association of Serbia.

The Rugby Championship of Serbia is highest level of rugby union competition in Serbia. The league was founded in 2006. after breakup of Serbia and Montenegro.

The Serbian women's national basketball team represents Serbia in international basketball matches and is controlled by the Basketball Federation of Serbia. Serbia is currently the European Champion and ranked seventeenth in the FIBA World Rankings.

The Montenegro national rugby sevens team, known as the Wolves (Vukovi) plays in red and gold jerseys with red shorts, and their emblem is the double headed eagle while their logo is the wolf. Montenegro are currently in Conference 2 in Europe for rugby 7s having made their debut in 2014.