Sinan's Wedding, directed by Ole Christian Madsen, is a 1997 film about a young Turkish immigrant named Sinan, who is arranged to marry the beautiful Gul. [1]

The Süleymaniye Mosque is an Ottoman imperial mosque located on the Third Hill of Istanbul, Turkey. The mosque was commissioned by Suleiman the Magnificent and designed by the imperial architect Mimar Sinan. An inscription specifies the foundation date as 1550 and the inauguration date as 1557. Behind the qibla wall of the mosque is an enclosure containing the separate octagonal mausoleums of Suleiman the Magnificent and his wife Hurrem Sultan (Roxelana). For 462 years, the Süleymaniye Mosque was the largest mosque in the city, until it was surpassed by the Çamlıca Mosque in 2019. The Süleymaniye Mosque is one of the best-known sights of Istanbul, and from its location on the Third Hill, it commands an extensive view of the city around the Golden Horn. 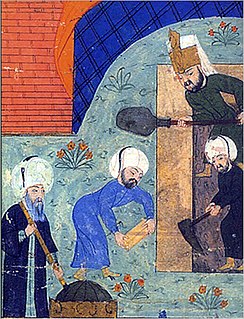 Mimar Sinan also known as Koca Mi'mâr Sinân Âğâ, was the chief Ottoman architect and civil engineer for sultans Suleiman the Magnificent, Selim II, and Murad III. He was responsible for the construction of more than 300 major structures and other more modest projects, such as schools. His apprentices would later design the Sultan Ahmed Mosque in Istanbul and Stari Most in Mostar. 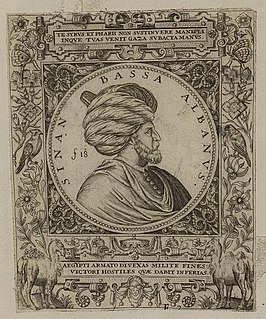 Koca Sinan Pasha was an Albanian-born Ottoman Grand Vizier, military figure, and statesman. From 1580 until his death he served five times as Grand Vizier. In 1594, he ordered the burning of Saint Sava's remains on the Vračar plateau. 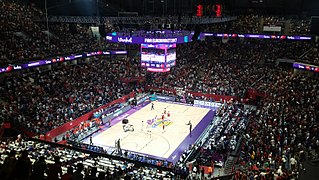 The Sinan Erdem Dome, formerly known as the Ataköy Dome, is a multi-purpose indoor arena that is located in Ataköy, Bakırköy, Istanbul on the European side of Istanbul, Turkey.

The Mimar Sinan Fine Arts University is a Turkish public university dedicated to higher education in the fine arts. It is located in the Fındıklı neighbourhood of Beyoğlu, Istanbul, Turkey. 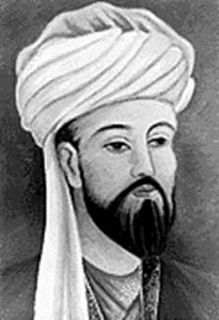 Rashid al-Din Sinan also known as the Old Man of the Mountain, was a da'i (missionary) and leader of the Syrian branch of the Nizari Isma'ili state from 1162 until his death in 1193. He was also a prominent figure in the history of the Crusades.

Sinan Güler is a Turkish professional basketball player for Darüşşafaka of the Basketball Super League.

The Sinan Pasha Mosque is an Ottoman mosque located in a densely populated district of Beşiktaş, in Istanbul, Turkey. It was built by the Ottoman architect Mimar Sinan for the admiral Sinan Pasha. The türbe (tomb) of Barbaros Hayrettin Pasha is located just across the street. 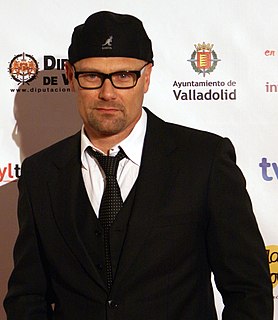 Sinan is a name found in Arabic and Early Arabic, meaning spearhead. The name may also be related to the Ancient Greek name Sinon. It was used as a male given name.

Hadım Sinan Pasha was Bosnian-Ottoman nobleman, politician and statesman. He served as the Grand Vizier of the Ottoman Empire from 1516 to 1517. He was a eunuch.

The Sinan Pasha Mosque is an Ottoman mosque in the city of Prizren, Kosovo. It was built in 1615 by Sofi Sinan Pasha, bey of Budim. The mosque overlooks the main street of Prizren and is a dominant feature in the town's skyline.

Tell Sinan, also rendered as Tel/Tall/Tal Sinan, is a Syrian village located in the Salamiyah Subdistrict in Salamiyah District. According to the Syria Central Bureau of Statistics (CBS), Tell Sinan had a population of 1,061 in the 2004 census. Its inhabitants are predominantly Circassians.

Big Brother Türkiye is the Turkish version of the international Big Brother reality television series. It is the debut season of the show and started broadcasting on 28 November 2015 on Star TV with Asuman Krause hosting the main shows. This season the grand prize is ₺1,000,000.

Tatlı İntikam is a Turkish television series broadcast on Kanal D. It is produced by D Productions, directed by Barış Erçetin and written by Pınar Ordu and İlker Arslan. It's the story of two people who were together in college. Sinan has fallen in love with Pelin but Pelin rejected his feelings and insulted him in front of all. They two meet each other again after many years. Pelin asks Sinan for help to change her fate and the situation brings them together. Pelin and Sinan both are in love, but faces many consequences.

Ayşe Hümaşah Sultan was an Ottoman princess, the only daughter of Mihrimah Sultan and Rüstem Pasha. She had a younger brother, Sultanzade Osman Bey. She was granddaughter of Sultan Suleiman the Magnificent (1520–1566) and his favorite consort and legal wife, Hurrem Sultan, and their first grandchild.

The Battle of Sufiyan took place on 6 November 1605, during the Ottoman–Safavid War of 1603–1618. The Safavids, under King (Shah) Abbas I, beat a numerically superior, fully-fledged Ottoman army. It was one of King Abbas I's greatest military victories. According to Colin Imber: "For the Ottomans the battle of Sufiyan was a greater disaster than anything they had experienced in Hungary, where the war which had begun in 1593 had revealed Ottoman military deficiencies in the face of new European weapons and tactics."

Ümmügülsüm Sultan, called also Ümmi Sultan or Gülsüm Sultan, was an Ottoman princess, the daughter of Sultan Mehmed IV, and his Haseki Gülnuş Sultan. She was the sister of Sultans Mustafa II and Ahmed III.