Subtype may refer to:

This disambiguation page lists articles associated with the title Subtype.
If an internal link led you here, you may wish to change the link to point directly to the intended article.

Polymorphism, polymorphic, polymorph, or polymorphous may refer to:

In programming language theory, subtyping is a form of type polymorphism in which a subtype is a datatype that is related to another datatype by some notion of substitutability, meaning that program elements, typically subroutines or functions, written to operate on elements of the supertype can also operate on elements of the subtype. If S is a subtype of T, the subtyping relation is often written S <: T, to mean that any term of type S can be safely used in a context where a term of type T is expected. The precise semantics of subtyping crucially depends on the particulars of what "safely used in a context where" means in a given programming language. The type system of a programming language essentially defines its own subtyping relation, which may well be trivial should the language support no conversion mechanisms.

Substitutability is a principle in object-oriented programming stating that, in a computer program, if S is a subtype of T, then objects of type T may be replaced with objects of type S without altering any of the desirable properties of the program. More formally, the Liskov substitution principle (LSP) is a particular definition of a subtyping relation, called (strong) behavioral subtyping, that was initially introduced by Barbara Liskov in a 1988 conference keynote address titled Data abstraction and hierarchy. It is a semantic rather than merely syntactic relation, because it intends to guarantee semantic interoperability of types in a hierarchy, object types in particular. Barbara Liskov and Jeannette Wing described the principle succinctly in a 1994 paper as follows: 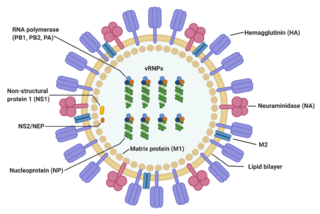 Sudanese or Sudanic may refer to: 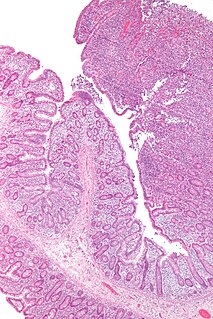 T-cell lymphoma is a rare form of cancerous lymphoma affecting T-cells. Lymphoma arises mainly from the uncontrolled proliferation of T-cells and can become cancerous.

The sigma receptorsσ1 and σ2 bind to ligands such as 4-PPBP, SA 4503 (cutamesine), ditolylguanidine, dimethyltryptamine, and siramesine. They are named by pharmacological similarities, and are evolutionarily unrelated.

A media type is a two-part identifier for file formats and format contents transmitted on the Internet. The Internet Assigned Numbers Authority (IANA) is the official authority for the standardization and publication of these classifications. Media types were originally defined in Request for Comments RFC 2045 (MIME) Part One: Format of Internet Message Bodies in November 1996 as a part of MIME specification, for denoting type of email message content and attachments; hence the original name, MIME type. Media types are also used by other internet protocols such as HTTP and document file formats such as HTML, for similar purposes. 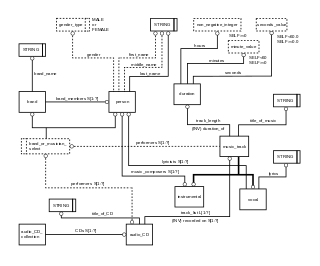 EXPRESS is a standard data modeling language for product data. EXPRESS is formalized in the ISO Standard for the Exchange of Product model STEP, and standardized as ISO 10303-11.

The bombesin receptor subtype 3 also known as BRS-3 or BB3 is a protein which in humans is encoded by the BRS3 gene.

QH-II-66 (QH-ii-066) is a sedative drug which is a benzodiazepine derivative. It produces some of the same effects as other benzodiazepines, but is much more selective than most other drugs of this class and so produces somewhat less sedation and ataxia than other related drugs such as diazepam and triazolam, although it still retains anticonvulsant effects. 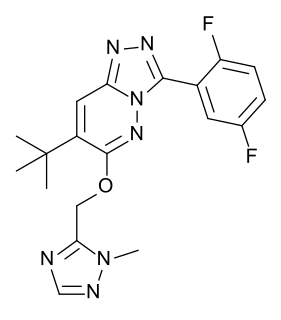 L-838,417 is an anxiolytic drug used in scientific research. It has similar effects to benzodiazepine drugs, but is structurally distinct and so is classed as a nonbenzodiazepine anxiolytic. The compound was developed by Merck, Sharp and Dohme.

Disinhibited attachment disorder (DAD) according to the International Classification of Diseases (ICD-10), is defined as: 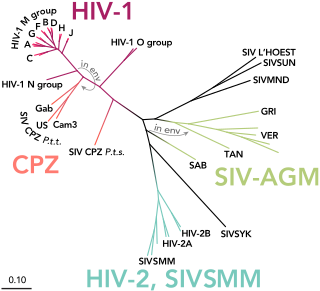 One of the obstacles to treatment of the human immunodeficiency virus (HIV) is its high genetic variability. HIV can be divided into two major types, HIV type 1 (HIV-1) and HIV type 2 (HIV-2). HIV-1 is related to viruses found in chimpanzees and gorillas living in western Africa, while HIV-2 viruses are related to viruses found in the sooty mangabey, a vulnerable West African primate. HIV-1 viruses may be further divided into groups. The HIV-1 group M viruses predominate and are responsible for the AIDS pandemic. Group M can be further subdivided into subtypes based on genetic sequence data. Some of the subtypes are known to be more virulent or are resistant to different medications. Likewise, HIV-2 viruses are thought to be less virulent and transmissible than HIV-1 M group viruses, although HIV-2 is also known to cause AIDS.

Naltriben is a potent and selective antagonist for the delta opioid receptor, which is used in scientific research. It has similar effects to the more widely used δ antagonist naltrindole, but with different binding affinity for the δ1 and δ2 subtypes, which makes it useful for distinguishing the subtype selectivity of drugs acting at the δ receptors. It also acts as a κ-opioid agonist at high doses.

In the field of psychology, the term grandiosity refers to an unrealistic sense of superiority, characterized by a sustained view of one's self as better than others, which is expressed by disdainfully criticising them, overinflating one's own capability and belittling them as inferior; and refers to a sense of personal uniqueness, the belief that few other people have anything in common with oneself, and that one can only be understood by a few, very special people. The personality trait of grandiosity is principally associated with narcissistic personality disorder (NPD), but also is a feature in the occurrence and expression of antisocial personality disorder, and the manic and hypomanic episodes of bipolar disorder.