The Amboy Dukes were an American rock band formed in 1964 in Chicago, Illinois, and later based in Detroit, Michigan. [1] They are known for their one hit single "Journey to the Center of the Mind". [2] The band's name comes from the title of a novel by Irving Shulman. In the UK, the group's records were released under the name of The American Amboy Dukes, because of the existence of a British group with the same name. [3]

The band went through a number of personnel changes during its active years, the only constant being lead guitarist and composer Ted Nugent. [2] The band transitioned to being Nugent's backing band before he discontinued the name in 1975.

Ted Nugent, the nucleus of The Amboy Dukes, was born and raised in Detroit and started performing in 1958 at age 10. He played in a group called The Royal High Boys from 1960 to 1962 and later in group named The Lourds, where he first met future Amboy Dukes lead vocalist John Drake. Nugent played with The Lourds until his family moved to Illinois, where he founded The Amboy Dukes [4] in the Chicago area in 1964, [5] playing at The Cellar, in the Chicago suburb of Arlington Heights, among other venues. [6] They later relocated to Nugent's hometown of Detroit. The members included the following:

The above lineup did not release any recordings. Nugent's early guitar playing style with his signature Gibson Byrdland positioned high on his chest became an iconic playing style that visually differentiated him from other players. He combined this with his natural virtuosity and frenzied playing style on lead, adding a sonic differentiation to his unusual visual approach. This gave him an edge as a performance artist. Nugent's appreciation for his guitar inspired him to compose the song "Flight of the Byrd", which was released as a single and as part of their most popular album, Journey to the Center of the Mind . [2]

The following are lists of band member line-ups that received credits on officially released studio albums. Members who may have played with the band at live dates between albums are not included, with the exception of the 1972 band members:

After a band shuffle for signing a deal with Mainstream Records of New York City, the band members who released their debut album, The Amboy Dukes , were:

Journey to the Center of the Mind saw another member line-up:

Marriage on the Rocks/Rock Bottom saw another line-up:

Survival of the Fittest Live was recorded using the following lineup. With only original member Nugent remaining, the band name changed to Ted Nugent and the Amboy Dukes:

In 1972, the band was in between record contracts and had two lineups that year:

This version of the band recorded some demos at Criteria studios in Florida, but they were never released.

Call of the Wild saw another line-up:

Tooth Fang & Claw saw the group's final lineup, carrying over most of the members from the previous album:

Liner notes also credit a “Rev. Atrocious Theodosius,” who was not a real person, on guitar and vocals.

Nugent went on to have a successful solo career in the 1970s and joined the Damn Yankees supergroup in the late 1980s. Since the 2000s, Nugent (although continuing his rock career) has been a prominent activist, both for hunting and for conservative politics.

Vocalist Rusty Day joined The Detroit Wheels, replacing Mitch Ryder as lead vocalist. Under Day, that band was renamed "Detroit;" it disbanded in 1974. He then returned to his previous band, Cactus, in 1976, playing with them until 1979. After turning down offers to front AC/DC and Lynyrd Skynyrd after the deaths of those bands' respective lead singers, Day was shot dead in 1982.

Steve Farmer later taught in Redford Township, Michigan. He also performed with backing bands at various venues in and around the Detroit area. Farmer died on April 7, 2020, aged 71. [7]

Rick Lober is a classically trained composer best known in the greater Detroit metro area for his frenetic style of keyboard playing. Since the early 1990s, he has been in and out of the studio, appearing as performer/songwriter on the Steve Farmer CD Journey to the Darkside of the Mind (Saint Thomas Records, STP0069) completed in 2000. He is currently working in the studio and performing live with local Detroit rock legend Jeffrey Faust and his band "The Woodsman", which performs throughout Michigan and Canada.

In 2008, the Amboy Dukes were inducted into the Michigan Rock and Roll Legends Hall of Fame. [8]

The original Amboy Dukes (featuring Nugent, Drake, Farmer, Lober, Solomon and White) performed on April 17, 2009, at the Detroit Music Awards at The Fillmore Detroit. Their performance began with the song "Baby Please Don't Go", from their 1967 debut single. This was followed by "Journey to the Center of the Mind", and ending with Mitch Ryder's "Jenny Take A Ride" (featuring original Ryder drummer Johnny "Bee" Badanjek). In recognition of the band's contribution to rock music history, they received a Distinguished Achievement award. As the band left the stage, Nugent thanked all his fellow band members and told the crowd "And everyone knows that The Amboy Dukes are the ultimate garage band on planet earth". [9]

Hybrid Ice is a rock band from Danville, Pennsylvania, most notable for its song "Magdelene" released on the album Hybrid Ice in 1982, which became a regional radio hit at the time. "Magdelene" was later covered by Boston on their 1994 album Walk On. In 1984, with two sold out shows, Hybrid Ice was the first rock band ever to play at the Bloomsburg Fair. 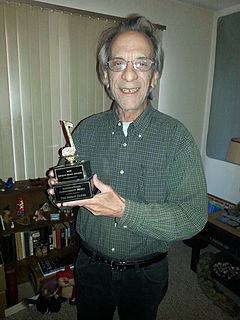