The Closer You Get

The Closer You Get is the second album by English indie rock band Six by Seven, recorded at The Square Centre in Nottingham with Ric Peet (who produced one track on their first album), and John Leckie, (who has worked with many British bands including Radiohead and Simple Minds).

After the album's release, and just before playing at Glastonbury, guitarist Sam Hempton quit the band.

The album was critically acclaimed and appeared in several music magazine end-of-year polls, including those by NME [3] and Melody Maker . [4]

All tracks are written by Six by Seven.

New Musical Express (NME) is a British music, film and culture website and brand which has existed since 1952. Originally a newspaper, with the publication being referred to as a 'rock inkie', the NME would become a magazine that ended up as a free publication, before becoming an online brand which includes its website and radio stations. 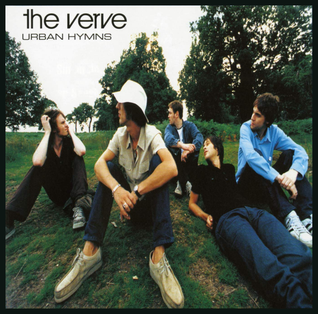 Urban Hymns is the third studio album by English alternative rock band the Verve, released on 29 September 1997 on Hut Records. It earned nearly unanimous critical praise upon its release, and went on to become the band's best-selling release and one of the biggest selling albums of the year. As of 2019, Urban Hymns is ranked the 18th best-selling album in UK chart history and has sold over ten million copies worldwide. This is the only Verve album to feature guitarist and keyboardist Simon Tong, who initially joined the band to replace their original guitarist Nick McCabe. McCabe rejoined the band soon after, however, and Tong was considered the fifth member of the band; this makes the album the only one that the band recorded as a five-piece. 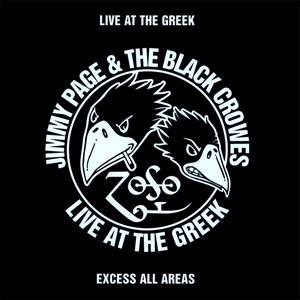 Live at the Greek: Excess All Areas is a double live album by Jimmy Page and The Black Crowes, released by musicmaker.com on 29 February 2000 and reissued by TVT Records on 4 July 2000.

Spiritualized are an English space rock band formed in 1990 in Rugby, Warwickshire by Jason Pierce, formerly of Spacemen 3. After several line up-changes, in 1999, the band centered on Pierce, John Coxon, Doggen Foster (guitar), Kevin Bales and Tom Edwards with revolving bassists. The band’s current bassist, Thomas Wayne, has been playing with the band since 2009. 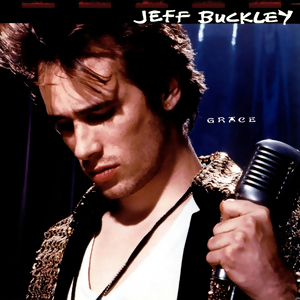 Grace is the only studio album by American singer-songwriter Jeff Buckley, released on August 23, 1994 by Columbia Records. While the album initially had poor sales and received mixed reviews, in subsequent years it has dramatically risen in critical reputation. The album has been cited by critics and listeners as one of the greatest albums of all time. An extended version of the album, celebrating its tenth anniversary, was released on August 23, 2004 and peaked at number 44 in the UK.

Screamadelica is the third studio album by Scottish rock band Primal Scream. It was first released on 23 September 1991 in the United Kingdom by Creation Records and on 8 October 1991 in the United States by Sire Records. The album marked a significant departure from the band's early indie rock sound, drawing inspiration from the blossoming house music scene and associated drugs such as LSD and MDMA. 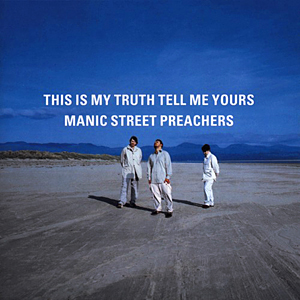 This Is My Truth Tell Me Yours is the fifth studio album by Welsh alternative rock band Manic Street Preachers. It was released on 14 September 1998 by record label Epic. 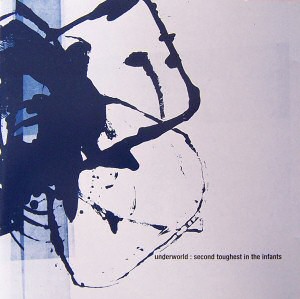 Second Toughest in the Infants is the fourth studio album by English electronic music group Underworld, and the second in their "MK2" line-up with Darren Emerson. With this album, Underworld expanded on their progressive palette, while developing their signature sound of abrasive beats and anthemic melodies. The name of the album derives from a comment made by member Rick Smith's six-year-old nephew, Simon Prosser, when asked on his progress at infant school. Second Toughest featured the single "Pearl's Girl". The re-issue featured the band's best known single, "Born Slippy .NUXX". 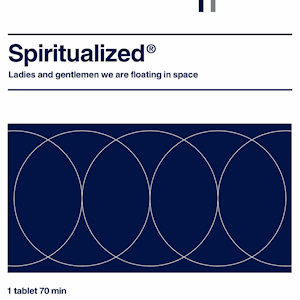 Ladies and Gentlemen We Are Floating in Space is the third studio album by English space rock band Spiritualized, released on 16 June 1997. The album features guest appearances from the Balanescu Quartet, The London Community Gospel Choir and Dr. John. 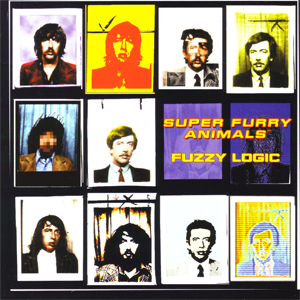 Fuzzy Logic is the debut album by the Welsh rock band Super Furry Animals. Recorded at Rockfield Studios in Wales, and released on the Creation label in May 1996, it was positively received by critics, who felt it was an eclectic if inconsistent mix of psychedelic music and glam rock, and was included in Q Magazine's list of recordings of the year. It has retained a modest respect among some critics; it was listed in Q's "Best British Albums Ever" in July 2004, and is included in the book 1001 Albums You Must Hear Before You Die. It contains two top 20 hits in "If You Don't Want Me to Destroy You" and "Something 4 the Weekend"; it also contains the singles "God! Show Me Magic" and "Hometown Unicorn". It reached number 23 in the UK Albums Chart on release. In 2013, NME ranked it at number 245 in its list of the 500 Greatest Albums of All Time. 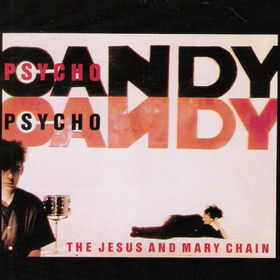 Psychocandy is the debut studio album by Scottish rock band The Jesus and Mary Chain. It was released in November 1985 on Blanco y Negro Records. The album is considered a landmark recording: its combination of guitar feedback with traditional pop song structures proved influential on the forthcoming shoegazing genre and alternative rock in general. The band moved from its abrasive sound with the release of their second album, 1987's Darklands.

The Way I Feel Today is the third album by English indie rock band Six by Seven. It was released in 2002 on Beggars Banquet Records in the UK and Mantra Recordings in the US. The band's first album as a four-piece following the departure of guitarist Sam Hempton, it showcased what was in part more song-based, commercial approach following the building, atmospheric drone rock of previous albums The Things We Make and The Closer You Get. It includes the single "I.O.U. Love", possibly the band's most pop-orientated to date. 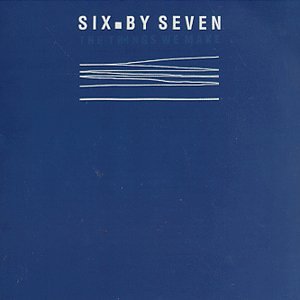 The Things We Make is the debut album by English indie rock band Six by Seven. The album included the single "European Me", described by the NME as "one of the greatest debut singles of all time". The album featured numerous 'epic' tracks with "Oh! Dear", "European Me" and "88-92-96" all clocking in at almost seven minutes or more and "Spy Song" reaching almost nine minutes. Aside from "European Me", "88-92-96", "Candlelight" and "For You" were released as singles, with "Candlelight" reaching the lower regions of the singles charts. The album was ranked 13th in NME's end-of-year poll for 1998. 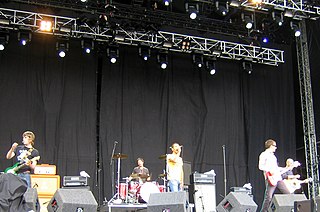 Shed Seven are an English alternative rock band, formed in York in 1990. One of the groups which contributed to the Britpop music scene of the 1990s, they continue to write, record and release music over thirty years later. They originally comprised singer Rick Witter, guitarist/keyboardist Joe Johnson, bassist Tom Gladwin and drummer Alan Leach. Johnson was later replaced by Paul Banks.

The Undertones is the 1979 debut album by The Undertones. The album was recorded at Eden Studios in Acton, West London in January 1979 and was released on 13 May that year. The original release included just one single release: "Jimmy Jimmy" and an album version of "Here Comes The Summer", which was never released as a single.

Change Giver is the debut album by British rock band Shed Seven, released via Polydor Records on 5 September 1994. It was produced by Jessica Corcoran and was issued during the formative year of the britpop movement—a scene that dominated British alternative music in the mid-1990s. 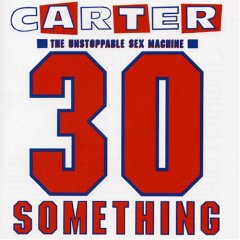 30 Something is the second album by Carter the Unstoppable Sex Machine, released in 1991 on Rough Trade Records. It was recorded in 20 days on 8-track, costing only £4,000. The album was given a 10/10 review in NME, which described 30 Something as a "brilliant, bold record". It was prefaced with a single "Anytime Anyplace Anywhere", which was a major indie hit and also included on the album. 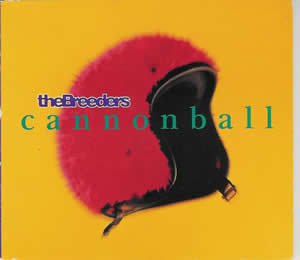