Thomas A. Smith received a B.S. and M.S. degree in Geology from Iowa State University. His graduate research focused on a shallow refraction investigation of the Manson astrobleme. In 1971, Dr. Tom Smith joined Chevron Geophysical as a processing geophysicist but resigned in 1980 to complete his doctoral studies in 3D modeling and migration at the Seismic Acoustics Lab at the University of Houston. Upon graduation with a Ph.D. in Geophysics in 1981, he started a geophysical consulting practice and taught seminars in seismic interpretation, seismic acquisition and seismic processing. Dr. Smith founded Seismic Micro-Technology in 1984 [1] to develop PC software to support training workshops which subsequently led to development of the KINGDOM Software Suite for integrated geoscience interpretation with worldwide success.

Dr. Smith has been a member of SEG since 1967 and is a professional member of Geophysical Society of Houston, Houston Geological Society, European Association of Geoscientists and Engineers, Society of Independent Professional Earth Scientists, American Association of Petroleum Geologists, Sigma XI, Seismological Society of America, and American Geophysical Union. Dr. Smith served as Chairman of the SEG Foundation from 2010 to 2013. On January 25, 2016, he was recognized by the Houston Geological Society (HGS) [4] as a geophysicist who has made significant contributions to the field of geology. [5] He currently serves on the SEG President-Elect’s Strategy and Planning Committee and the IOU Foundation Campaign Committee for Forever True, For Iowa State. [6] [7] [8] [9]

The Society of Exploration Geophysicists (SEG) is a learned society dedicated to promoting the science of geophysics and the education of exploration geophysicists. The Society fosters the expert and ethical practice of geophysics in the exploration and development of natural resources, in characterizing the near-surface, and in mitigating earth hazards. As of November 2019, SEG has more than 14,000 members working in more than 114 countries. SEG was founded in 1930 in Houston, Texas but its business office has been headquartered in Tulsa, Oklahoma since the mid-1940s. While most SEG members are involved in exploration for petroleum, SEG members also are involved in application of geophysics methods to mineral exploration as well as environmental and engineering problems, archaeology, and other scientific endeavors. SEG publishes The Leading Edge (TLE), a monthly professional magazine, Geophysics, a peer-reviewed archival publication, and Interpretation, a peer-reviewed journal co-published by SEG and the American Association of Petroleum Geologists.

Nigel Allister Anstey, British geophysicist, has made major contributions to seismic exploration, which are the foundations for many of the techniques used in today’s oil and gas exploration. Anstey’s contributions impact every major area of seismic exploration -– from seismic acquisition to seismic processing to interpretation to research. He is the holder of over 50 multinational patents. He is best known by many geoscientists for distilling the geophysical concepts of the seismic method into non-mathematical teachings for seismic interpreters.

Jon F. Claerbout is an American geophysicist and seismologist. He is the Cecil Green Professor Emeritus of Geophysics at Stanford University. Since the later half of the 20th century, he has been a leading researcher and pioneered the use of computers in processing and filtering seismic exploration data, eventually developing the field of time series analysis and seismic interferometry, modelling the propagation of seismic waves.

The SEG-Y file format is one of several standards developed by the Society of Exploration Geophysicists (SEG) for storing geophysical data. It is an open standard, and is controlled by the SEG Technical Standards Committee, a non-profit organization.

Seismic migration is the process by which seismic events are geometrically re-located in either space or time to the location the event occurred in the subsurface rather than the location that it was recorded at the surface, thereby creating a more accurate image of the subsurface. This process is necessary to overcome the limitations of geophysical methods imposed by areas of complex geology, such as: faults, salt bodies, folding, etc.

Seismic inversion, in geophysics, is the process of transforming seismic reflection data into a quantitative rock-property description of a reservoir. Seismic inversion may be pre- or post-stack, deterministic, random or geostatistical; it typically includes other reservoir measurements such as well logs and cores.

Andrew S. Long is an Australian geophysicist. He has a PhD in geophysics (1996) from the University of Western Australia, and a post-doctoral term at Stanford University. He is a leader in the application of geophysical technologies to exploration for oil and gas in marine areas, and has written and presented several papers at the Society of Exploration Geophysicists (SEG), the European Association of Geoscientists and Engineers (EAGE), the Australian Society of Exploration Geophysicists (ASEG), the Australian Petroleum Production & Exploration Association (APPEA) and many other international conventions and journals.

Seismic Micro-Technology (SMT) is the maker of KINGDOM software. It is the global market share leader for Windows based interpretation. SMT developed the first seismic interpretation tools for the Windows environment. KINGDOM software is used by 2,700 companies in over 95 countries. KINGDOM software is used to find sources of oil & gas in the subsurface and is used by 85 percent of the 150 largest petroleum exploration and production companies. SMT's customer base includes international and national companies as well as independent companies and consultants. More than 50 percent of sales come from international sales. In August 11, 2011, Seismic Micro Technology was acquired by IHS Inc.

This is a list of free and open-source software for geophysical data processing and interpretation. The list is split into broad categories, depending on the intended use of the software and its scope of functions.

In the oil and gas industry, reservoir modeling involves the construction of a computer model of a petroleum reservoir, for the purposes of improving estimation of reserves and making decisions regarding the development of the field, predicting future production, placing additional wells, and evaluating alternative reservoir management scenarios.

In reflection seismology, a seismic attribute is a quantity extracted or derived from seismic data that can be analysed in order to enhance information that might be more subtle in a traditional seismic image, leading to a better geological or geophysical interpretation of the data. Examples of seismic attributes can include measured time, amplitude, frequency and attenuation, in addition to combinations of these. Most seismic attributes are post-stack, but those that use CMP gathers, such as amplitude versus offset (AVO), must be analysed pre-stack. They can be measured along a single seismic trace or across multiple traces within a defined window.

Near-surface geophysics is the use of geophysical methods to investigate small-scale features in the shallow subsurface. It is closely related to applied geophysics or exploration geophysics. Methods used include seismic refraction and reflection, gravity, magnetic, electric, and electromagnetic methods. Many of these methods were developed for oil and mineral exploration but are now used for a great variety of applications, including archaeology, environmental science, forensic science, military intelligence, geotechnical investigation, treasure hunting, and hydrogeology. In addition to the practical applications, near-surface geophysics includes the study of biogeochemical cycles.

Öz Yilmaz is the Chief Technology Officer of GeoTomo LLC and the founder of Anatolian Geophysical. He is the author of Seismic Data Processing and Seismic Data Analysis, the principle reference volumes for the seismic processing industry.

Dr Sergey Vasilyevich Goldin was a Soviet and Russian geophysicist, Academician of RAS, member of European Academy of Science and American Geophysical Union, director of Institute of Geophysics in Sibiria Branch of RAS.

Robert E. Sheriff was an American geophysicist best known for writing the comprehensive geophysical reference, Encyclopedic Dictionary of Exploration Geophysics. His main research interests included the seismic detailing of reservoirs, in 3-D seismic interpretation and seismic stratigraphy, and practical applications of geophysical methods. Hua-Wei Zhou, Department Chair of the Department of Earth and Atmospheric Sciences, said about Sheriff: “…a giant figure in the world of exploration geophysics… When I think about Bob, a number of key words pop up in my mind: kindness, honesty, hardworking, seeking perfection, generosity and wisdom.”

Mrinal Kanti Sen, an Indian-American geophysicist is the John A. and Katherine G. Jackson Chair in Applied Seismology at the Jackson School of Geosciences of the University of Texas at Austin. He holds joint appointment with the Institute for Geophysics (UTIG) and the Department of Geological sciences (DGS). Since 2016, he has been serving as the head of the energy research division at UTIG. He has been a pioneer in the field Seismic Wave Propagation and Inverse Theory applied to Geophysical Problems. He has published more than 180 papers, and two books, and supervised over 50 graduate students. As an author, he is widely held in libraries worldwide. He was recognized by the Society of Exploration Geophysicists in 2015 for pioneering development and application of global optimization methods in geophysical inversion. 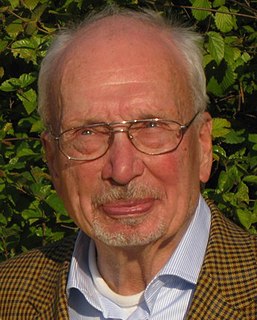 Reinhard Bortfeld was a German geophysicist.

Alexander Peter Annan is an engineer whose research focuses on near-surface geophysics. He has made significant contributions to the development of ground-penetrating radar (GPR) technology. Annan is the CEO of Sensors & Software, a company he founded to commercialize GPR technology. He has been working on the development of GPR since the 1970s and was one of the lead researchers on the surface electrical properties experiment conducted on the Moon during the Apollo 17 mission.