Thomas Pringle McDonald QC (18 August 1901 – 23 July 1969), was a Scottish lawyer and Liberal Party politician. He was Sheriff of Aberdeen, Kincardine and Banff.

The Sheriff of Aberdeen was a royal official who was responsible for enforcing justice in Aberdeenshire, Scotland. Prior to 1748 most sheriffdoms were held on a hereditary basis. From that date, following the Jacobite uprising of 1745, they were replaced by salaried sheriff-deputes, qualified advocates who were members of the Scottish Bar.

McDonald was born the son of James McDonald. He was educated at George Watson's College and Edinburgh University. [1] In 1930 he married Harriet Selby McDowall. They had one son and two daughters. [2]

McDonald was first active in politics at Edinburgh University where he was President of the Student's Representative Council and President of the University's Liberal Association. [5] He was Liberal candidate for the Edinburgh East division at the 1929 General Election. Edinburgh East had been a Liberal seat until it was lost to Labour in 1924. In that bad election for the party, his predecessor finished third. McDonald was able to overtake the Unionist candidate but unable to defeat the sitting Labour MP. He did not stand for Parliament again. [6]

Edinburgh East is a burgh constituency of the House of Commons of the Parliament of the United Kingdom. It elects one Member of Parliament (MP) by the first past the post system of election. 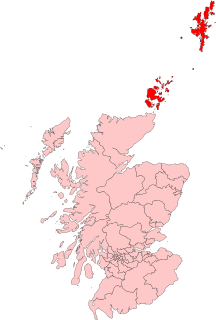 James Rankin Rutherford was a Scottish Liberal Party politician. He was the Provost of Kirkintilloch 1931−33 and Convener of the County Council 1939-1945.

Arthur Peters, was a British Liberal Party politician who was previously Chief Agent of the Labour Party and finally Mayor of Croydon.

William Mitchell KC was a Scottish advocate and Liberal Party politician. He was Sheriff-substitute of Selkirkshire.

Edwin Bayliss OBE, was a British politician who was notably Chairman of the London County Council. 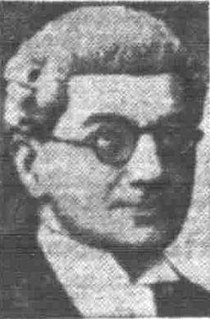 The Gateshead by-election was a Parliamentary by-election. It returned one Member of Parliament to the House of Commons of the United Kingdom, elected by the first past the post voting system.