Thomas Randolph (1523–1590) was an English ambassador serving Elizabeth I of England. Most of his professional life he spent in Scotland at the courts of Mary, Queen of Scots, and her son James VI. While in Scotland, he was embroiled in marriage projects and several upheavals. In 1568-1569 he was sent on a special embassy to Russia, visiting the court of Ivan the Terrible. 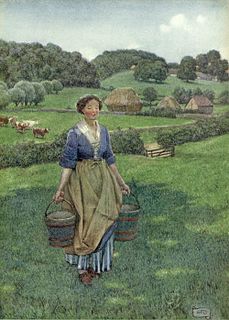 Thomas Randolph was an English poet and dramatist.

Thomas Randolph, also known as Thomas Randolph of Tuckahoe, was the first settler at Tuckahoe, a member of the Virginia House of Burgesses, and the second child of William Randolph and Mary Isham.

John Randolph is the name of:

The title Earl of Moray ("Murray") has been created several times in the Peerage of Scotland. It has been held by Clan Stewart since the 16th century, when James Stewart, illegitimate son of James V, was granted the title.

James Stuart may refer to: 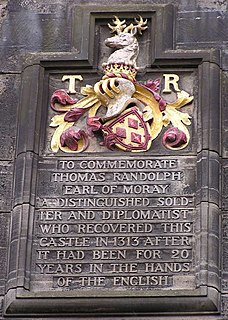 Thomas Randolph, Earl of Moray was a soldier and diplomat in the Wars of Scottish Independence, who later served as regent of Scotland. 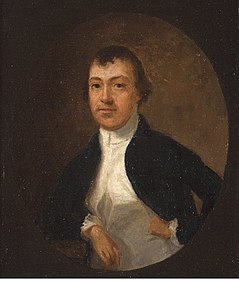 Thomas Mann Randolph Jr. was an American planter, soldier, and politician from Virginia. He served as a member of both houses of the Virginia General Assembly, a Representative in the U.S. Congress, and as the 21st Governor of Virginia, from 1819–1822. He married Martha Jefferson, the oldest daughter of Thomas Jefferson, third President of the United States. They had eleven children who survived childhood. As an adult, Randolph developed alcoholism, and he and his wife separated for some time before his death.

The Battle of Annan, known in the sources as the Camisade of Annan took place on 16 December 1332. It took place at Annan, Dumfries and Galloway in Scotland. In it the Bruce loyalist supporters of King David II of Scotland surprised Edward Balliol and his supporters while they were in bed, and completely threw them out of Scotland. The Bruce loyalists were led by Sir Archibald Douglas, supported by John Randolph, 3rd Earl of Moray, the Steward, the future Robert II of Scotland, and Simon Fraser. Balliol had seized the Scottish crown after the Battle of Dupplin Moor. Robert the Bruce had died on 7 June 1329. At the time of Annan, David was seven years old.

Events from the 1600s in England. This decade marks the end of the Elizabethan era with the beginning of the Jacobean era and the Stuart period.

Adam of Kilconquhar was a Scottish noble from the 13th century. Of Fife origin, he is notable for becoming the husband of the Countess of Carrick and participating in Crusade with Louis IX.

The origins of the surname Randolph: English and German: classicized spelling of Randolf, Germanic personal name composed of the elements rand "rim", "shield" + "wolf". This was introduced into England by Scandinavian settlers in the Old Norse form Rannúlfr, and was reinforced after the Norman Conquest by the Norman form Randolf.

Events from the year 1332 in the Kingdom of Scotland.

Thomas Mann Randolph Sr. (1741–1793) was the only son of William Randolph III and Maria Judith Page, the daughter of Mann Page,. Since Thomas' parents died by the time he was five years old, Peter Jefferson and his wife Jane Randolph Jefferson brought their young family to Tuckahoe Plantation to take care of him and his two sisters until he came of age.