Thomas Ransom may refer to:

Ransom County is a county in the U.S. state of North Dakota. As of the 2010 United States Census, the population was 5,457. Its county seat is Lisbon.

The Southern Agrarians were a group of twelve American writers, poets, essayists, and novelists, all with roots in the Southern United States, who united to write a pro–Southern agrarian manifesto, published as the essay collection I’ll Take My Stand: The South and the Agrarian Tradition (1930). The Southern Agrarians greatly contributed to the Southern Renaissance, the revival of Southern literature in the 1920s and 1930s, and were based at Vanderbilt University, in Nashville, with John Crowe Ransom as the unofficial leader. 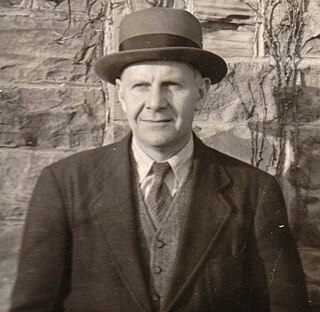 John Crowe Ransom was an American educator, scholar, literary critic, poet, essayist and editor. He is considered to be a founder of the New Criticism school of literary criticism. As a faculty member at Kenyon College, he was the first editor of the widely regarded Kenyon Review. Highly respected as a teacher and mentor to a generation of accomplished students, he also was a prize-winning poet and essayist.

Matthew Whitaker Ransom was a general in the Confederate States Army during the American Civil War and a Democratic U.S. senator from the state of North Carolina between 1872 and 1895.

The Harry Ransom Center is an archive, library and museum at the University of Texas at Austin, specializing in the collection of literary and cultural artifacts from the United States, Latin America and Europe for the purpose of advancing the study of the arts and humanities. The Ransom Center houses 36 million literary manuscripts, one million rare books, five million photographs, and more than 100,000 works of art.

XVII Corps was a corps of the Union Army during the American Civil War. It was organized December 18, 1862 as part of Ulysses S. Grant's Army of the Tennessee. It was most notably commanded by Maj. Gen. James B. McPherson and Maj. Gen. Francis P. Blair II, and served in the Western Theater. 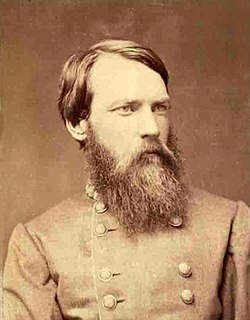 Seth Maxwell Barton was a United States Army officer and, then, a Brigadier–General in the Confederate States Army during the American Civil War. He later became noted as a chemist.

Reverdy Cassius Ransom was a United States African American Christian socialist, civil rights activist, and he was ordained and served in the African Methodist Episcopal Church as the 48th A.M.E. Bishop. 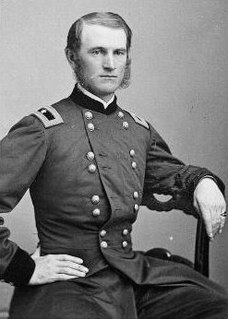 Thomas Edwin Greenfield Ransom was a surveyor, civil engineer, real estate speculator, and a general in the Union Army during the American Civil War. 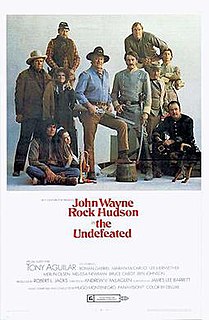 The Undefeated is a 1969 American Western and Civil War era film directed by Andrew V. McLaglen and John Wayne (uncredited) and starring John Wayne and Rock Hudson. The film portrays events surrounding the French Imperial intervention in Mexico during the 1860s period of the neighboring American Civil War with the Archduke Maximillian of Austria set up as Emperor in Mexico in 1863 by French Emperor Napoleon III and is also loosely based on Confederate States Army General Joseph Orville Shelby's factual escape to Mexico after the American Civil War (1861-1865). and his attempt to join with Maximilian's Imperial Mexican forces supported by French Imperial regiments sent by Emperor Napoleon III from Europe.

Ransom or Ransome is an English surname, also found in some trade names and military company names; it might derive either from the noun "ransom" or from contraction of "Ranulf's son". Notable people with the surname include: 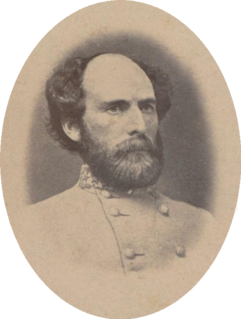 Robert Ransom Jr. was a major general in the Confederate States Army during the American Civil War. His brother Matt W. Ransom was also a Confederate general officer and U.S. Senator. 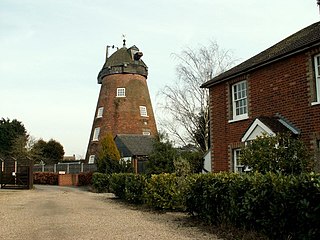 Messing Maypole Mill is a grade II listed Tower mill at Tiptree, Essex, England which has been converted to a residence. Prior to boundary changes made when the civil parish of Tiptree was established in 1934, the mill was in the parish of Tolleshunt Knights.

Alured Chaffee "Slim" Ransom was an American athletics coach and sports educator who helped develop physical education programs in Afghanistan. In the United States he was a college football and basketball coach, coaching from 1941 until 1954. His career football coaching record was 30–41–2 with a winning percentage of .411. He also spent some time coaching and as an athletic director at the high school level. 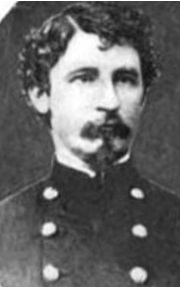 Dunbar R. Ransom was a United States Army officer and veteran of the American Civil War. He is notable for having commanded Union Army artillery units throughout the conflict.

Truman B. Ransom was a Vermont educator and military officer who served as President of Norwich University and commander of a regiment in the Mexican–American War. He was killed at the Battle of Chapultepec.

The Inverarnan Canal was a short length of canal terminating at Garbal, close to the hamlet of Inverarnan, Scotland. This waterway once linked the old coaching inn, now the Drovers Inn, at Inverarnan, on the Allt Arnan Burn to the River Falloch and passengers could continue southward to Loch Lomond and finally to Balloch. From Inverarnan stagecoaches ran to various destinations in the north of Scotland.