Thomas Roth may refer to: 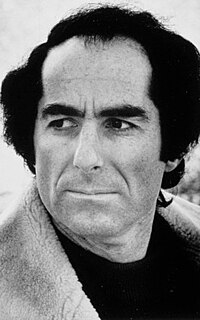 Philip Milton Roth was an American novelist and short-story writer.

Eamonn Andrews, was an Irish radio and television presenter, employed primarily in the United Kingdom from the 1950s to the 1980s. From 1960 to 1964 he chaired the Radio Éireann Authority, which oversaw the introduction of a state television service to the Republic of Ireland.

Steve or Steven Jones may refer to:

Klaus Friedrich Roth was a German-born British mathematician who won the Fields Medal for proving Roth's theorem on the Diophantine approximation of algebraic numbers.

Ian or Iain is a name of Scottish Gaelic origin, derived from the Hebrew given name יוֹחָנָן and corresponding to the English name John. The spelling Ian is an Anglicization of the Scottish Gaelic forename Iain. It is a popular name in the English-speaking world and in Scotland, where it originated.

Tom Williams or Tommy Williams may refer to:

The 23rd Academy Awards Ceremony awarded Oscars for the best in films in 1950. All About Eve received 14 Oscar nominations, beating the previous record of 13 set by Gone with the Wind.

Gene Roth was an American film actor and film manager.

Roth is an English, German, or Jewish origin surname. There are seven theories:

Events in the year 1951 in West Germany and East Germany.

Martha Roth was an Italian-born Mexican film actress. She became a star during the Golden age of Mexican cinema.

Karma is an upcoming American reality television children's program, that will be shown on the new streaming platform HBO Max in 2020.