Thomas Royden and Sons was a shipbuilding company in Liverpool which operated from 1818 until 1893.

Thomas Royden, a master carpenter, opened a shipyard on Baffin Street on the west side of Queens Dock, Liverpool in 1818. After a brief partnership with James Ward as Royden & Ward in 1819–20, he eventually took his two sons, Thomas Bland Royden and Joseph Royden, into partnership and the company was renamed Thomas Royden & Sons in 1859. [1] In 1863 the company made the transition from building wooden to iron-hulled ships, and the same year Thomas Royden retired. In 1854 the company expanded by acquiring the neighbouring shipyard. Production increased from only six ships in 1866 to twelve in 1869. [2]

The company also began operating its own ships, founding the Indra Line in 1888. This came to dominate the company's activities, and in 1893 Royden's sold their shipyard to concentrate on shipping operations and management. They sold the Indra Line to Blue Funnel Line in 1915, and from 1916 operated the Santa Clara Steam Ship Company on the South American route. The Santa Clara Company was sold to the Bristol City Line in 1930 finally bringing Royden's independent shipping operations to a close. [3]

Ships built by Thomas Royden and Sons include:

SS Tropic was a steamship operated by the White Star Line. Built in 1871 by shipbuilders Thos. Royden & Co, the 2,122 gross register ton vessel operated on the Liverpool to Calcutta run in 1871, and in 1872 began serving South American ports from Liverpool. In 1873, the ship was sold to Serra y Font, Bilbao, and renamed Federico. She was operated by the white star line. She served alongside her sister ship, RMS Asiatic.

SS Asiatic was a steamship operated by the White Star Line from 1871 to 1873, a sister ship to Tropic. Sold off after only two years, she was renamed SS Ambriz, and eventually was wrecked in 1903.

USS West Ekonk (ID-3313) was a cargo ship for the United States Navy during World War I. She was later known as SS West Ekonk in civilian service under American registry, and as SS Empire Wildebeeste under British registry.

Harrison Line, officially T&J Harrison, was a shipping line founded by the brothers Thomas and James Harrison in Liverpool, England in 1853. It ran both cargo and passenger services, starting with the import of French brandy from Charente.

SS Ionic was a cargo liner initially in service with White Star Line from 1883 until 1900. She was used on the company's joint route to New Zealand with the Shaw, Savill & Albion Line. She was sold to the Aberdeen Line in 1900 and renamed SS Sophocles, and was withdrawn for service in 1906 and scrapped in 1908.

Port Line was a passenger and cargo shipping company, initially formed as the Commonwealth and Dominion Line in 1914, and in operation in one form or another until 1982.

The Type C7 ship(Lancer Class) is a United States Maritime Administration (MARAD) designation for a cargo ship and the first US purpose-built container ship. The vessels were constructed in US shipyards and entered service starting in 1968. As US-built ships they were Jones Act qualified for shipments between US domestic ports. Under the Jones Act domestic US maritime trade is restricted to US-built and flagged vessels of US owners and manned by predominantly US-citizen crews. The last active Lancer container-configured ship was scrapped in 2019. Lancers of the vehicle Roll-on/Roll-off (RO/RO) configuration remain held in the Ready Reserve Force, National Defense Reserve Fleet and the US Navy Military Sealift Command. All are steam powered.

SS Aleppo was a British passenger cargo vessel, launched on 1 November 1864, measuring 292.5 feet by 38.2 feet, 2,057 gross tonnage, built in Glasgow by J & G Thomson, Govan. She made her first North Atlantic voyage from Liverpool to Halifax to New York City beginning on 15 September 1865. The Aleppo had accommodation for 46 first class and 593 third class passengers. The ship was commissioned for the British & Foreign Steam Navigation Company, Glasgow, a company established in 1855 to run the Mediterranean shipping interests of the investors of the British and North American Royal Mail Steam-Packet Company, the forerunner of the Cunard Line. In 1878 the firms were reorganised, the British & Foreign Steam Navigation Company and its ships were merged into the Cunard Steam Ship Co. Ltd., and Aleppo was transferred on 7 September 1878.

Lamport and Holt was a UK merchant shipping line. It was founded as a partnership in 1845, reconstituted as a limited company in 1911 and ceased trading in 1991. 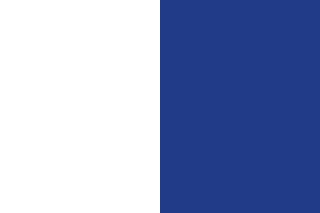 The Brocklebank Line was an English shipping line that operated during the 19th and 20th centuries.