The Indian Medical Service (IMS) was a military medical service in British India, which also had some civilian functions. It served during the two World Wars, and remained in existence until the independence of India in 1947. Many of its officers, who were both British and Indian, served in civilian hospitals.

Novis was born on 3 December 1874. He was educated at Bedford Modern School and trained at the London Hospital where he qualified as MRCS and LRCP in 1897. [2] [3] He joined the Indian Medical Service in 1898 and was promoted to Captain in 1901, Major in 1910 and Lieutenant-Colonel in 1918. He was elected a Fellow of the Royal College of Surgeons in 1910 and became Professor of Surgery and Senior Surgeon at the Grant Medical College and Sir Jamshedjee Jeejeebhoy Group of Hospitals, Bombay. [4]

Bedford Modern School is a Headmasters' and Headmistresses' Conference (HMC) independent school in Bedford, England. The school has its origins in The Harpur Trust, born from the endowments left by Sir William Harpur in the sixteenth century. BMS comprises a junior school and a senior school.

The Royal College of Physicians is a British professional body dedicated to improving the practice of medicine, chiefly through the accreditation of physicians by examination. Founded in 1518, it set the first international standard in the classification of diseases, and its library contains medical texts of great historical interest. 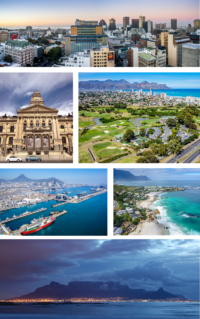 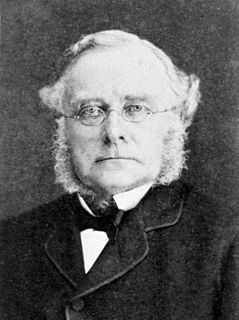 Sir Thomas Spencer Wells, 1st Baronet was surgeon to Queen Victoria, a medical professor and president of the Royal College of Surgeons of England.

Lieutenant General Sir Alfred Henry Keogh, was a medical doctor in the British Army. He served as Director General Army Medical Services twice; from 1905 to 1910 and 1914 to 1918. 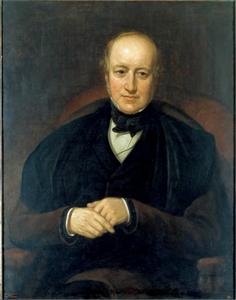 Joseph Hodgson (1788–1869) was a British physician and a well-known Quaker. He was born in Penrith, Cumberland, the son of a Birmingham merchant and educated at King Edward VI School, Birmingham, after which he was apprenticed to George Freer at Birmingham General Hospital. He then transferred to St. Bartholomew's Hospital, London.

William Anderson FRCS was an English surgeon born in Shoreditch, London. He was Professor of Anatomy at the Royal Academy in London, and an important collector and scholar of Japanese art. He was the first chairman of the Japan Society. In 1881, the British Museum acquired over 2000 Japanese and Chinese paintings from Anderson, ensuring that it had one of the largest such collections in its field in Europe. The genetic disorder Anderson-Fabry disease is named after him. 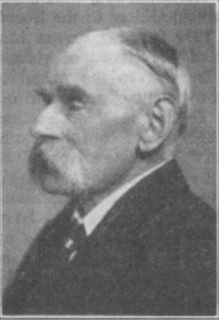 Cuthbert Hilton Golding-Bird (1848–1939) was an English surgeon at Guy's Hospital, fellow of the Royal College of Surgeons, and lecturer to medical students. He was skilled in histology, invented a dilator for use in tracheotomies, and pioneered a new gastroenterological surgical procedure.

Sir Alfred Pearce Gould was Dean of the Faculty of Medicine of the University of London from 1912–1916 and was Vice-Chancellor of the university from 1916–1917. He was also a Fellow and Member of Council of University College London.

Sir Terence Edward Cawthorne FRCS was a British surgeon specialising in otorhinolaryngology (ENT). He was knighted in 1964.

Lieutenant General Sir Arthur Thomas Sloggett, was a doctor and British Army officer. He served as Director General Army Medical Services in 1914 and Director-General of the Medical Services of the British Armies in the Field during First World War.

Sir Charles Bent Ball Hon FRCS MD FRCSI was an Irish surgeon and an honorary surgeon to the King in Ireland.

Nottidge Charles MacNamara (1833–1918) was a Surgeon-General in the Indian Medical Service and later a consulting ophthalmic surgeon in London.

Shantilal Jamnadas Mehta (1905–1997) was an Indian surgeon, institution builder and medical academic, who established the Jaslok Hospital and Research Centre, Mumbai. His contributions were also reported in the establishment of Tata Memorial Centre and the All India Institute of Medical Sciences, Delhi. In 1971, the Government of India awarded him the third highest civilian honour of the Padma Bhushan for his contributions to medicine.

Natesan Rangabashyam (1936–2013), popularly known NR, was an Indian surgical gastroenterologist and medical academic, known for his pioneering efforts in the fields of surgical gastroenterology and proctology in India. He was known to have established the department of Surgical Gastroenterology at Madras Medical College and introduced the first MCh course in Surgical Gastroenterology in India. A former honorary surgeon to the President of India, he received B. C. Roy Award, the highest Indian award in the medical category, twice. The Government of India awarded him the third highest civilian honour of the Padma Bhushan, in 2002, for his contributions to medical science.

Prof John Stephenson CIE FRS FRSE FRCS was a surgeon and zoologist. He was a leading expert on the earthworms of the Indian subcontinent.

Sir John Bruce CBE, FRSE, FRCSEd was a Scottish surgeon who was Regius Professor of Clinical Surgery in the University of Edinburgh and President of the Royal College of Surgeons of Edinburgh.

Arthur Francis Hamilton CIE, MC, FRCS, FRCOG was a British doctor who was an officer of the Indian Medical Service (IMS). He won the Military Cross during the First World War, and was later professor of obstetrics and gynaecology at the Grant Medical College, India.

George Harold Arthur Comyns Berkeley was an obstetric physician, gynaecological surgeon and medical writer. Berkeley was most notable along with William Blair-Bell and Sir William Sinclair for creating the British College of Obstetricians and Gynaecologists. Berkeley was also noted for his writing collaborations with Victor Bonney, the book A Textbook of Gynaecological Surgery that is still considered a medical classic.