Thomas Stelzer may refer to:

Minister may refer to:

Sigismund is a German proper name, meaning "protection through victory", from Old High German sigu "victory" + munt "hand, protection". Tacitus latinises it Segimundus. There appears to be an older form of the High German word "Sieg" (victory): sigis, obviously Gothic and an inferred Germanic form, and there is a younger form: sigi, which is Old Saxon or Old High German sigu. A 5th century Prince of Burgundy was known both as Sigismund and Sigimund . Its Hungarian equivalent is Zsigmond.

Cajetan and Kajetan is the Anglicized and Germanized form of the Italian given name Gaetano. People with this name include:

Salamon may refer to:

Bernhard is both a given name and a surname. Notable people with the name include:

Irwin M. Stelzer is an American economist who is the U.S. economic and business columnist for The Sunday Times in the United Kingdom and was for The Courier-Mail in Australia. In the United States, he was a contributing editor at The Weekly Standard, and is a contributing editor for the American Interest. He is Director of Economic Policy Studies at the Hudson Institute. Stelzer is a consultant on market strategy, pricing and antitrust issues, and regulatory matters for U.S. and United Kingdom industries. He is also an occasional contributor to The Guardian, the Daily Telegraph, Standpoint and the New Statesman. He resides in the United States. Some British politicians and newspapers have vilified Stelzer as Rupert Murdoch's right-hand man, an assertion that Stelzer denies. 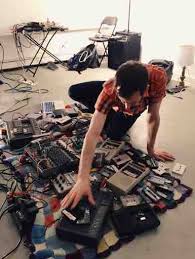 Howard Stelzer is a composer of electronic music, whose work is made primarily from sounds generated by cassette tapes and tape players. From 1997 until 2012, he ran the independent record label Intransitive Recordings.

Austria was represented by Simone Stelzer in the Eurovision Song Contest 1990 with the song "Keine Mauern Mehr".

Thomas Stelzer is an Austrian diplomat, who currently serves as the Dean and Executive Secretary of the International Anti-Corruption Academy (IACA).

Klestil is a surname, and may refer to:

The milk-cream strudel is a traditional Viennese strudel. It is a popular pastry in Austria and in many countries in Europe that once belonged to the Austro-Hungarian Empire (1867–1918). The milk-cream strudel is an oven-baked pastry dough stuffed with a filling made from diced, milk-soaked bread rolls, egg yolk, powdered sugar, butter, quark, vanilla, lemon zest, raisins and cream and is served in the pan with hot vanilla sauce.

Mayr-Harting is a surname. Notable people with the surname include:

Stelzer is a surname. Notable people with the surname include:

The 2021 Upper Austrian state election will be held on 26 September 2021 to elect the members of the Landtag of Upper Austria.