Thomas Symonds may refer to:

Franklin Buchanan was an officer in the United States Navy who became the only full admiral in the Confederate Navy during the American Civil War. He also commanded the ironclad CSS Virginia.

Hotham may refer to: 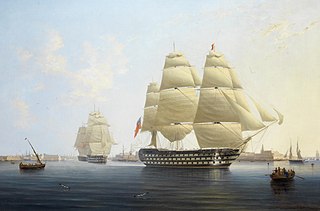 HMS Queen was a 110-gun first-rate ship of the line of the Royal Navy, launched on 15 May 1839 at Portsmouth. She was the last purely sailing built battleship to be ordered. Subsequent ones were ordered with sails and steam engines as well. All British battleships were constructed with sailing rig until the 1870s. HMS queen had an auxiliary steam engine fitted in late 1850s. She was broken up in 1871.

Thomas Hastings may refer to:

Symonds is a surname with English origins, derived from Simon. Notable people with the surname include:

Thomas Herbert may refer to:

Captain Thomas Symonds was a British naval captain of the American Revolutionary War.

Admiral of the Fleet Sir Thomas Matthew Charles Symonds, GCB was a Royal Navy officer. He was commanding officer of HMS Arethusa which participated in the bombardment of Sevastopol during the Crimean War. 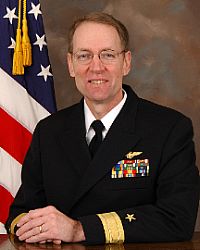 James A. Symonds is an American retired rear admiral of the United States Navy who last served as Commander, Navy Region Northwest, based in Silverdale, Washington. He was the former commanding officer of the aircraft carrier USS Ronald Reagan. He had a prominent, symbolic role in the state funeral of former United States President Ronald Reagan in 2004.

Dacres is a surname. Notable people with the surname include:

Thomas Brodrick may refer to:

Thomas Kerr may refer to:

Richard Symonds may refer to:

Captain Price is a character in the Call of Duty video game franchise.

William Symonds was a British Surveyor of the Navy in the 19th century.

Julian Frederick Anthony Symonds was a British Army officer and surveyor who carried out the first detailed survey of Palestine, together with Edward Aldrich.