He was a pupil at Malvern College and studied music at Cambridge University where he was organ scholar at King's College. He also studied under Marie-Claire Alain, winning the Prix de Virtuosité in her class. He won first prize in the interpretation competition at the St Albans International Organ Festival in 1979 and made his debut in the Royal Festival Hall the following year. He was appointed Birmingham City Organist in 1983, succeeding Sir George Thalben-Ball. Trotter also studied the violin.

In May 2001 he was awarded the Royal Philharmonic Society Music Award for Best Instrumentalist, being the first organist to win this award. In July 2003 he received an Honorary Doctorate from Birmingham City University.

In November 2020 Thomas Trotter was named the 2020 recipient of The Queen’s Medal for Music – awarded annually to an individual or group of musicians who had a major influence on the musical life of the nation.

In Birmingham he plays regularly in the city's Symphony Hall and Town Hall, usually including contemporary compositions in his recitals. [1] He is also noted for playing transcriptions of orchestral music, which is a tradition at St Margaret's, Westminster, where he is organist.

He has performed and been recorded around the world, and is much sought-after as a soloist in orchestral partnerships. He has performed with conductors Sir Simon Rattle, Bernard Haitink, Riccardo Chailly and Sir Charles Mackerras, as joint soloist with performers including Evelyn Glennie, and has given recitals in the Berlin Philharmonie, Leipzig Gewandhaus, Musikverein, Vienna and Konzerthaus, Vienna and London’s Royal Festival Hall.

He has given the commissioning recital on new or restored organs in places such as Cleveland’s Severance Hall (Ohio), Princeton University Chapel (New Jersey), the Amsterdam Concertgebouw, St David's Hall, Cardiff, and most recently, the Royal Albert Hall in London, following the extensive refurbishment of the organ by Mander Organs completed in 2005.

Trotter has also been invited to perform on major historic instruments such as those at St. Ouen in Rouen, St. Bavo’s in Haarlem (Netherlands), Weingarten Abbey in Germany and Woolsey Hall at Yale University and he appears at the festivals of Salzburg, Berlin, Vienna, Edinburgh and London’s BBC Proms.

Trotter's recordings of Messiaen and Mozart have been named "Critics Choice" by The Gramophone magazine, and he received a Grand Prix du Disque for his recording of music by Franz Liszt in 1995. He was consultant for the new Marcussen organ in Manchester’s Bridgewater Hall and also for the organ in Birmingham's Symphony Hall.

He has released two DVDs on Regent: The Town Hall Tradition (REGDVD001 – September 2011), recorded on the organ of Town Hall, Birmingham, and A Shropshire Idyll (REGDVD002 – March 2014), released to commemorate the 250th anniversary of the Snetzler organ in St Laurence's Church, Ludlow.

Steven Osborne is a Scottish pianist who has performed concertos and solo recitals worldwide.

Ralph William Downes CBE KSG was an English organist, organ designer, teacher and music director and was Professor of Organ in the Royal College of Music.

David John Sanger was a concert organist, professor and president of the Royal College of Organists.

Stephen Farr is a British organist who until 2014 was Director of Music at Corpus Christi College, Cambridge. He studied with Robert Munns and David Sanger in London and Cambridge. He also received tuition from Piet Kee in Haarlem and Hans Fagius in Copenhagen, and as a student was the recipient of grants from the Countess of Munster Musical Trust and the Worshipful Company of Musicians. 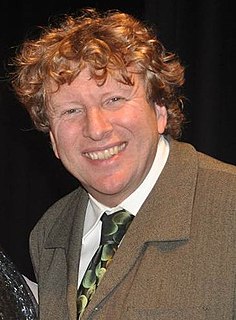 Piers Lane is an Australian classical pianist. His performance career has taken him to more than 40 countries. His concerto repertoire exceeds 75 works.

Iain Farrington is a British pianist, organist, composer and arranger. He performs regularly with some of the country's leading singers, instrumentalists and choirs, as well as giving solo recitals.

Christopher Bowers-Broadbent is an English organist and composer.

Marcus Huxley is an English cathedral organist, who served in St. Philip's Cathedral, Birmingham between 1986 and 2017.

Mahan Esfahani is an Iranian-American harpsichordist.

Jonathan Rennert is an English organist, conductor and writer. He gave his debut broadcast organ recital at the age of 19 in Westminster Cathedral, having become a Fellow of the Royal College of Organists at 18. He studied at the Royal College of Music under Richard Popplewell, John Barstow and William Lloyd Webber, and at Cambridge under George Guest and Gillian Weir. Awards included Cambridge University's John Stewart of Rannoch Scholarship in Sacred Music and 'Greater London Arts Association Young Musician 1975'. Short periods based in London and Ottawa were followed by his appointment in 1979 as Director of Music of St Michael's Cornhill, the church which has been his base for 40 years. Here he has given more than 400 of the weekly lunchtime organ recitals, and continued the musical traditions of such predecessors as William Boyce and Harold Darke. He has tended to specialise in the music of J S Bach and romantic English composers, though he also gives first performances of new music. He has given organ recitals in many countries, and in 'celebrity' series at the Royal Festival Hall, St Paul's Cathedral and Westminster Abbey, and was Musician-in-Residence at Grace Cathedral, San Francisco. There are several CDs, including a choral disc of music by George Dyson in which Rennert conducted St Michael's Singers and the Royal Philharmonic Orchestra, and was commended by 'Gramophone' magazine: 'The performance is superb. Rennert has the right sense of spaciousness and husbands his climaxes with measured artistry.' Other choirs of which he has been chief conductor include the Elizabethan Singers and St Cecilia Chorus. His writings include biographies of the infant prodigy and composer William Crotch, and of the organist George Thalben-Ball. He has served as President of The Organ Club, Warden of the Incorporated Society of Musicians and Master of the Worshipful Company of Musicians. He is a senior moderating examiner for the Associated Board of the Royal Schools of Music.

Colin Walsh is an English organist, who has played many recitals in various religious venues in England as well as two at the Royal Festival Hall. He has also played in many European countries and New Zealand, Australia, Canada and the USA. Some of his work has been released on the Priory label. He has worked as an organist or assistant organist at St. George's Chapel, Windsor Castle; Christ Church Cathedral, Oxford; Salisbury Cathedral (1978-1985); St. Albans Cathedral (1985-1988); and Lincoln Cathedral. In July 2002 there were plans to sack Walsh, whom The Telegraph described as "one of Europe's finest church organists", after differences with the Precentor, Andrew Stokes; however this plan was dropped and he was given a new role. Since January 2003 he has been Organist Laureate of Lincoln Cathedral. Colin Walsh has an honorary doctorate from Lincoln University.

Bernard d'Ascoli is a French pianist.

Joseph Nolan is an English-born Australian organist and conductor.