Thomas Walmisley may refer to:

The Professorship of Music was founded in 1684, and is one of the oldest professorships at the University of Cambridge. 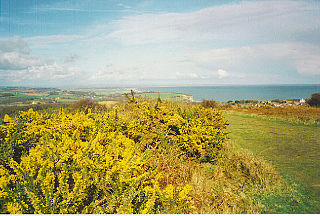 Fairlight is a village in East Sussex, England within Rother district, three miles (5 km) to the east of Hastings. Fairlight is also the name of the civil parish forming part of the Rother district which includes the villages of Fairlight and Fairlight Cove. The village of Fairlight lies on a minor road between Ore, Pett and Winchelsea. St Andrew's Church has a tall tower and beacon turret, and can be seen for some distance around. The church is one of three in the United Benefice of Fairlight, Guestling and Pett. Richard D'Oyly Carte, founder of the Savoy Theatre, Savoy Hotel, and D'Oyly Carte Opera Company, which produced the Gilbert and Sullivan light operas, is buried in the churchyard. So also are Thomas Attwood Walmisley, and Sir James Roberts of Saltaire and his wife. 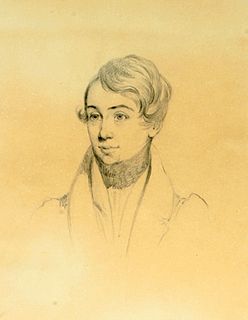 Thomas Bonham v College of Physicians, commonly known as Dr. Bonham's Case or simply Bonham's Case, was a case decided in 1610 by the Court of Common Pleas in England, under Sir Edward Coke, the court's Chief Justice, who explained why he thought that "in many cases, the common law will control Acts of Parliament". Coke's meaning has been disputed over the years. According to one interpretation, Coke intended the kind of judicial review that would later develop in the United States, but other scholars believe that Coke meant only to construe a statute, not to challenge parliamentary sovereignty. If Coke intended the former, he may have later changed his view. The statement by Coke is sometimes considered to be an obiter dictum, rather than part of the ratio decidendi of the case.

Walmisley is a surname, and may refer to:

Henry Chapman was an English 19th century rower who four times won the Wingfield Sculls, the amateur championship of the River Thames.

The Thames Club was an English rowing club based on the Tideway of the River Thames that competed in the middle of the 19th century.

Gilbert Walmisley or Walmsley (1680–1751) was an English barrister, known as a friend of Samuel Johnson.

Events from the year 1593 in the Kingdom of Scotland.

Arthur Duke Coleridge was a nineteenth-century English lawyer who, as an amateur musician with influential connections, was the founder of The Bach Choir and the man who introduced the Mass in B minor by Johann Sebastian Bach to the English concert repertoire. He was also a cricketer who played first-class cricket for Cambridge University in 1850. He was born at Ottery St Mary, Devon and died at South Kensington, London. 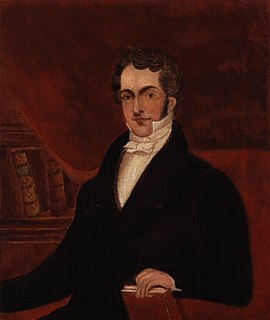 Thomas Forbes Walmisley was an organist, and a composer of church music and of glees.

Thomas Attwood may refer to: