Col. Thomas Waring JP (17 October 1828 – 12 August 1898) [1] was an Irish barrister and Conservative Member of Parliament in the House of Commons at Westminster. 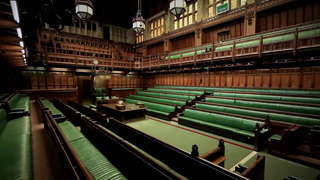 Born at his family's ancestral home, Waringstown House, Waringstown, County Down, then son of Major Henry Waring JP and Frances Grace Waring (herself the daughter of the Very Rev. Holt Waring, Dean of Dromore). [1] Waring was elected Member of Parliament for North Down in 1885, sitting until his death in 1898. [2] He also served as High Sheriff of Down in 1868. He was an opponent of William Ewart Gladstone's Home Rule policy. [2]

Waringstown House is a 17th-century Grade A listed building located in the village of Waringstown, County Down, Northern Ireland. As the oldest unfortified mansion house in Ireland, it was home to family of the place's namesake, William Waring, who founded the village. Today the building remains the home of the family's descendants.

The High Sheriff of Down is the Sovereign's judicial representative in County Down. Initially an office for lifetime, assigned by the Sovereign, the High Sheriff became annually appointed from the Provisions of Oxford in 1258. Besides his judicial importance, he has ceremonial and administrative functions and executes High Court Writs.

Trematon Castle is situated near Saltash in Cornwall, England, United Kingdom. It was the caput of the feudal barony of Trematon. It is similar in style to the later Restormel Castle, with a 12th-century keep. Trematon Castle overlooks Plymouth Sound and was built probably by Robert, Count of Mortain on the ruins of an earlier Roman fort: it is a motte-and-bailey castle and dates from soon after the Norman conquest. It occupies a sentinel position one and a half miles south-east of Trematon village.

Rostrevor is a village and townland in County Down, Northern Ireland. It lies at the foot of Slieve Martin on the coast of Carlingford Lough, near Warrenpoint. The Kilbroney River flows through the village and Rostrevor Forest is nearby. It is within Newry, Mourne and Down District. 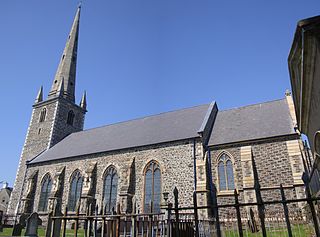 The Diocese of Connor is in the Province of Armagh of the Church of Ireland.

The Bishop of Down was an episcopal title which took its name from the town of Downpatrick in Northern Ireland. The bishop's seat (Cathedra) was located on the site of the present cathedral church of the Holy and Undivided Trinity in the Church of Ireland.

Harold Creeth Miller is an Irish Anglican bishop. He is the current bishop of the Diocese of Down and Dromore in the Church of Ireland. Coming from a Methodist background, he was elected bishop in 1997 and is considered to represent an evangelical position within the Church. 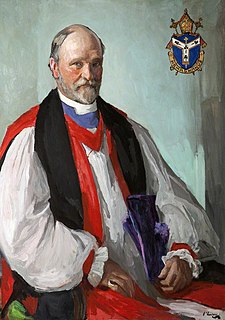 William Richardson was an Irish landowner and Member of Parliament.

Henry Thomson was an Irish Justice of the Peace and Conservative politician. From 1880 to 1885 he was a Member of Parliament, representing Newry in the House of Commons of the United Kingdom of Great Britain and Ireland, of which the whole of Ireland was then a part.

James Saurin (c.1760–1842) was an Irish Anglican bishop in the 19th century. He was the last Bishop of Dromore before it was merged with the Diocese of Down and Connor. 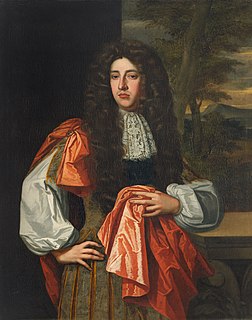 George Marlay, DD was an Irish Anglican priest in the Eighteenth Century: he was Bishop of Dromore from 1745 until 1763. He gave his name to Marlay Park, which is now a popular amenity in south Dublin.

Captain Richard Magenis (1710–1807) was an Anglo-Irish politician who sat in the House of Commons in the Parliament of Ireland.