Thomas Woodgate (12 May 1857 — 30 January 1929) was an English cricketer. He was a right-handed batsman who played for Surrey. He was born in Holborn and died in Shepherd's Bush.

Holborn is a district in the London boroughs of Camden and City of Westminster and a locality in the ward of Farringdon Without in the City of London. The area is sometimes described as part of the West End of London.

Woodgate made a single first-class appearance for the team, during the 1877 season, against Cambridge University. In the twelve-a-side match, he scored 11 runs in the first innings in which he batted, and a duck in the second.

Jonathan Simon Woodgate is a former footballer who played as a defender and a current first team coach of Middlesbrough.

Daniel Mark Woodgate or Woody Woodgate is an English musician, songwriter, composer and record producer. In a career spanning more than 30 years, Woodgate came to prominence in the late 1970s as the drummer for the English ska band Madness and went on to become a member of the Anglo-American alternative rock band Voice of the Beehive in the late 1980s. Woodgate began his solo career in 2015, while still a member of Madness, releasing the album In Your Mind.

The Business – the Definitive Singles Collection is a 3 disc box set by ska/pop band Madness released in 1993. It contained all the band's singles until that point with their respective b-sides and other bonus tracks, some rare. It also includes a 52-page booklet and snippets of interviews with people associated with Madness between some tracks. The interviews date from around the time of the Keep Moving album and were conducted by John Tobler. Among those interviewed were founder member John Hasler, former manager John "Kelloggs" Kalinowski and Dave Robinson of Stiff Records. 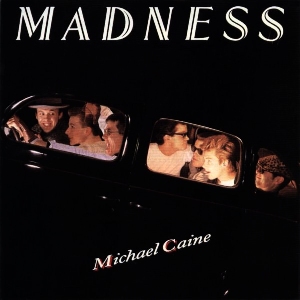 "Michael Caine" is a song by British band Madness, released on 30 January 1984 as the first single from their album Keep Moving. The song was written by Carl Smyth and Daniel Woodgate, and features Smyth on lead vocals in place of usual Madness vocalist Suggs. "Michael Caine" spent eight weeks on the British chart, peaking at number 11. 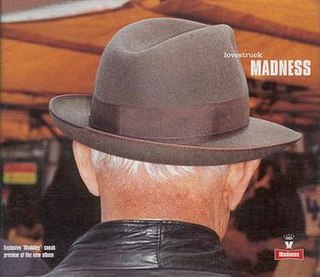 "Lovestruck" is a song by the band Madness. The release marked the first time they had put out original material for over ten years, and signified their return to music. The song was the lead single from their 1999 album Wonderful, and was heavily promoted.

The 2008 Football League Cup Final was a football match played on 24 February 2008. It was the first League Cup Final to be played at the new Wembley Stadium, and the first to be played in England since the old Wembley was demolished in 2000. The defending champions were Chelsea, who beat Arsenal in the 2007 Final at Cardiff's Millennium Stadium. The final was contested by Tottenham Hotspur, who beat Arsenal 6–2 on aggregate in the semi-final, and Chelsea, who beat Everton 3–1 on aggregate. Tottenham Hotspur defeated Chelsea 2–1, after extra time, winning their first trophy in nine years.

The Stewards' Challenge Cup is a rowing event for men's coxless fours at the annual Henley Royal Regatta on the River Thames at Henley-on-Thames in England. It is open to male crews from all eligible rowing clubs. Two or more clubs may combine to make an entry.

Walter Bradford Woodgate was a British barrister and oarsman who won the Wingfield Sculls three times, and various events at Henley Royal Regatta including the Silver Goblets five times and the Diamond Challenge Sculls once. He founded Vincent's Club as an undergraduate at Brasenose College, Oxford in 1863, and in 1868 created the first coxless four by persuading Brasenose's cox to jump overboard after the start of Henley's Stewards' Challenge Cup.

There have been three choirs named The BBC Chorus in the history of the British Broadcasting Corporation.

Hubert Leslie Woodgate was an English choral conductor, composer, and writer of books on choral music.

James Edward Parker was an English rower who won several events at Henley Royal Regatta and won the Wingfield Sculls, the amateur sculling championship of the River Thames.

Woodgate is a coastal locality in the Bundaberg Region, Queensland, Australia. At the 2011 census, Woodgate had a population of 941, up from 758 recorded at the 2006 census.

Woodgate is an unincorporated community in central Honey Creek Township, Vigo County, in the U.S. state of Indiana.

Woodgate may refer to: 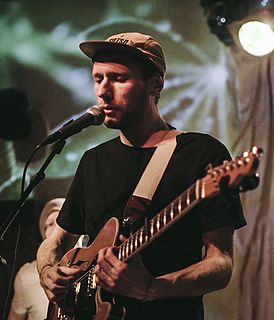 Ali John Meredith-Lacey, better known under the moniker Novo Amor, is a Welsh multi-instrumentalist, singer, songwriter, sound designer and producer. Lacey rose to prominence after the release of his debut EP Woodgate, NY in March 2014.

Woodgate is a hamlet in Oneida County, New York, United States. The community is located along New York State Route 28 9.5 miles (15.3 km) east-northeast of Boonville. Woodgate has a post office with ZIP code 13494, which opened on December 19, 1878.

Woodgate Beach is a town in the locality of Woodgate in the Bundaberg Region, Queensland, Australia.