Thomas or Tom Worthington may refer to:

March 22 is the 81st day of the year in the Gregorian calendar. 284 days remain until the end of the year.

November 22 is the 326th day of the year in the Gregorian calendar. 39 days remain until the end of the year.

Worthington is a city in Franklin County, Ohio, United States, and is a northern suburb of the larger Columbus. The population was 13,575 at the 2010 census. The city was founded in 1803 by the Scioto Company led by James Kilbourne, who was later elected to the United States House of Representatives, and named in honor of Thomas Worthington, who later became governor of Ohio. 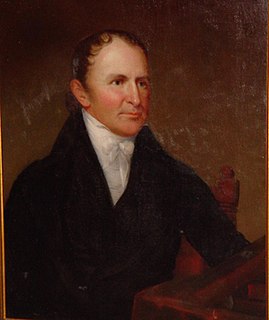 Thomas Worthington was a Democratic-Republican politician from Ohio. He served as the sixth Governor of Ohio. 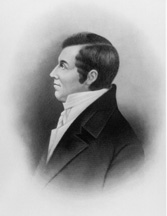 Edward Tiffin was a Democratic-Republican politician from Ohio, and first Governor of the state.

Thomas or Tom Ford may refer to:

The English College, was a Catholic seminary in Douai, France, associated with the University of Douai. It was established in about 1561, and was suppressed in 1793. It is known for a Bible translation referred to as the Douay–Rheims Bible. Of over 300 priests from Douai sent on the English mission, about one-third were executed. The dissolution of the college at the time of the French Revolution led to the founding of Crook Hall near Lanchester in County Durham, and St Edmund's College, Ware. It is popularly believed that the indemnification funds paid by the French for the seizure of Douai's property were diverted by the British commissioners to complete the furnishings of George IV's Royal Pavilion at Brighton.

Crowther is a surname, derived from the old Welsh musical instrument the crwth. Notable people with the surname include:

Thomas Morris may refer to:

Tom Miller may refer to:

Thomas or Tom Hudson may refer to:

Thomas or Tom Dunn may refer to:

The Palace Theatre is a 2,695-seat restored movie palace located at 34 W. Broad Street in Columbus, Ohio. It was designed and built in 1926 by the American architect Thomas W. Lamb as part of the American Insurance Union Citadel. Today the theater functions as a multi-use performing arts venue. It is owned and operated by The Columbus Association for the Performing Arts. The Palace Theater's "house" is considered separate from LeVeque Tower, while the Marquee and lobby are part of the Leveque complex.

Potter is an English surname that originally referred to someone who made pottery. It is occasionally used as a given name. People with the name include:

Thomas or Tom Porter may refer to:

Thomas Duff was an Irish architect.