Thomas Yates may refer to:

Yates may refer to:

W. B. Yeats was an Irish poet and playwright. 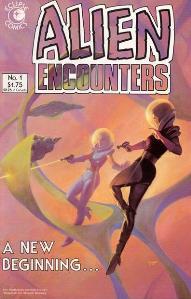 Alien Encounters is an American science fiction anthology comic book published by FantaCo Enterprises and then Eclipse Comics. The comic debuted with FantaCo in 1981, and in 1985 was revived by Eclipse, where it ran for fourteen issues until 1987. Eclipse began publishing the title soon after the cancellation of Alien Worlds, a similar science-fiction themed anthology. 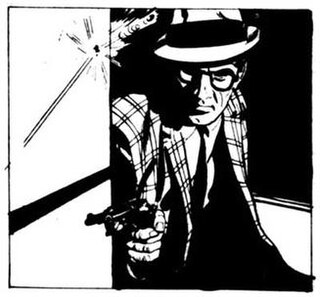 Rip Kirby is a 1946-1999 American comic strip created by Alex Raymond and Ward Greene featuring the adventures of private detective Rip Kirby. With a run spanning five decades, the strip was in the hands of writer/artist John Prentice for more than 40 years.

The Irish R.M. refers to a series of books by the Anglo-Irish novelists Somerville and Ross, and the television comedy-drama series based on them. They are set in the turn-of-the-twentieth-century west of Ireland. 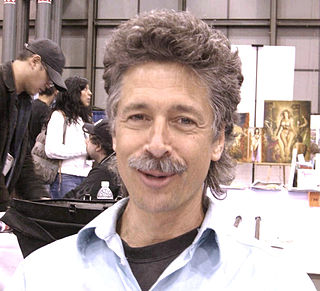 Thomas Yeates is an American comic strip and comic book artist best known for illustrating the comic strips Prince Valiant and Zorro and for working on characters created by Edgar Rice Burroughs.

Mark or Marc Yates may refer to:

Yates is a Scandinavian or Anglo-Saxon surname common among the Irish, and best associated with the Poet Laureate of Ireland, William Butler Yeats, and his family of painters, including founders of Dun Emer Press and the Abbey Theatre. Notable people with the surname include:

Yeates is a surname. Notable people with the surname include: 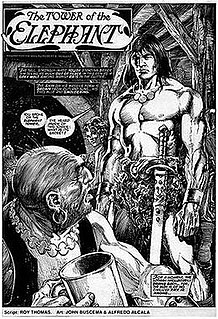 Conan is a fictional character based on Robert E. Howard's Conan the Barbarian. He was introduced to the comic book world in 1970 with Conan the Barbarian, written by Roy Thomas, illustrated by Barry Smith and published by Marvel Comics.

Joanna Clare Yeates was a landscape architect from Hampshire, England, who went missing on 17 December 2010 in Bristol after an evening out with colleagues. Following a highly publicised appeal for information on her whereabouts and intensive police enquiries, her body was discovered on 25 December 2010 in Failand, North Somerset. A post-mortem examination determined that she had been strangled.

Mark Yeates is an Irish footballer.

Cornelius Yate was an Anglican priest: the Archdeacon of Wilts from 9 April 1696 until his death.

Yeet may refer to: