Thomas takes his name from the villa of Lundie in Angus (not to be confused with Lundie in Fife), and was one of two known sons of Máel Coluim of Lundie (the other was Eóghan). His father had married a daughter of Gille Críst, Earl of Mar. It was for this reason that, after the death of Gille Críst, Thomas challenged the right of his successor Donnchad. The dispute resulted in a division of the Earldom. Although Donnchad kept the title and most of the territory, Thomas and his family received much of the lowland part of the earldom in compensation.

Thomas was the hostarius of King Alexander II of Scotland until his own death. It was for this reason that his descendants took the surname "Hostarius" (or Durward). He married a daughter, whose name is not known, of Máel Coluim, Earl of Atholl, and by her he sired at least two sons, Alan and Cailean. Thomas appears for the last time in a document dated to 1228.

"Thomas, son of Malcolm of Lunden" who gave the church of Echt (and its revenues) to "God, St. Mary, St Michael and all Saints and to the Abbot and Convent of Scona" at some time between 1214 and 1227. Echt is not far from Birse. "Scona" is Scone, where the Kings of Scots were crowned at that time, so it was arguably the most prestigious abbey in Scotland, which would confirm that Thomas had influential connections. Walter of Lundin, was granted the barony of Benvie (near Dundee) by King David I (1124–53).

Alan Durward, whose lands of Fichlie were forfeited by King Edward of England in 1306-7 because of his (Alan's) support for Robert the Bruce. Fichlie is in Aberdeenshire, but in Strathdon, near Kildrummy. Kildrummy was the seat of the Earls of Mar, and Thomas the Durward failed in his claim to the earldom. There is also a "motte" (the site of a mediaeval castle) at Fichlie. Alan Durward must have been at least an ally if not a follower.

Thomas de Lundin, became Door-ward or Usher to King William the Lion, and was granted large estates in Aberdeenshire. His son Alan the Durward owned even larger estates, which were divided among his three daughters after his death in 1275.

Thomas de Lundin was the son of Malcolm de Lundin. Whoever he was, he was already important enough to marry the daughter of one of only about a dozen earls existing at that time. Gilchrist is described as "mysterious", and after his death in 1203 his sons didn't succeed to the earldom of Mar but, after some time, a son of the earl previous to Gilchrist did. Thomas de Lundin subsequently claimed the earldom without success, but was allocated a large part of its territory. His son Alan, as well as the estates in Aberdeenshire, was granted Urquhart on the west side of Loch Ness and probably built the oldest surviving part of Castle Urquhart (today regarded as the best place to see the Loch Ness Monster!). And "Gilbert Durward, as yet another member of the Durward family, was granted the lands of Boleskin on the eastern shores of Loch Ness around the same time as Alan was granted Urquhart" 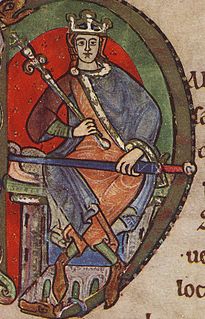 Malcolm IV, nicknamed Virgo, "the Maiden" was King of Scotland from 1153 until his death. He was the eldest son of Henry, Earl of Huntingdon and Northumbria and Ada de Warenne. The original Malcolm Canmore, a name now associated with his great-grandfather Malcolm III, he succeeded his grandfather David I, and shared David's Anglo-Norman tastes.

Urquhart Castle, a ruin, sits beside Loch Ness in the Highlands of Scotland. The castle is on the A82 road, 21 kilometres (13 mi) south-west of Inverness and 2 kilometres (1.2 mi) east of the village of Drumnadrochit. 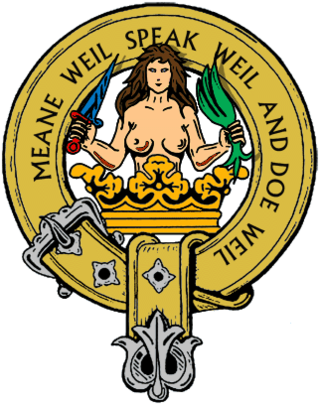 Urquhart is a Highland Scottish clan. 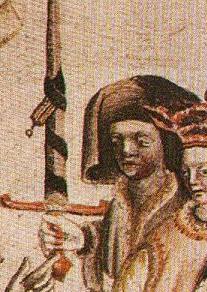 Máel Coluim II, was a 13th-century Mormaer of Fife who ruled the mormaerdom or earldom of Fife between 1228 and 1266. He was the nephew of Máel Coluim I, the previous mormaer, and the son of Máel Coluim I's brother Donnchadh, son of Donnchadh II. 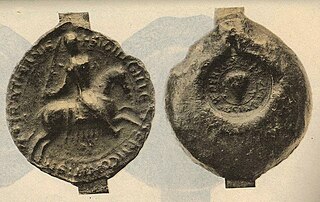 Gille Brigte of Strathearn (1150–1223), sometimes also called Gilbert, is the 3rd Earl or Mormaer of Strathearn.

Gille Críst is the first known Mormaer of Menteith, but almost certainly not actually the first. He is named in a charter of King Máel Coluim IV, dated to 1164, regarding the restoration of Scone Priory, which had recently been destroyed by fire. He appears again in a charter of King William the Lion, dated 1175x1178, as one of the witnesses to a grant of privileges to the newly established burgh of Glasgow.

Morggán of Mar is the first Mormaer or Earl of Mar to appear in history as "more than a characterless name in a witness-list.". His father was Gille Chlerig. He is often known as Morgrund or Morgan.

William of Mar, or Uilleam mac Dhonnchaidh, was the mormaers of Mar from 1244 to 1276, also known as Earl of Mar. His father was Donnchadh of Mar

Moray was a province within the area of modern-day Scotland, that may at times up to the 12th century have operated as an independent kingdom or as a power base for competing claimants to the Kingdom of Alba. It covered a different and much larger territory than the modern council area of Moray, extending approximately from the River Spey in the east to the River Beauly in the north, and encompassing Badenoch, Lochaber and Glenelg in the south and west.

Jon Haraldsson was a Norwegian noble who served as the Jarl of Orkney between 1206 and 1231. Jon Haraldsson and his brother David were the sons of Harald Maddadsson with his second wife Hvarflod, daughter of Earl Máel Coluim of Moray. Jon and David were joint Earls of Orkney after the death of their father in 1206. David Haraldsson died of sickness in 1214, leaving Jon Haraldsson to rule alone. William the Lion, king of Scotland, took Jon's daughter hostage in August 1214 as part of a peace agreement with the new sole Earl.

The Hostarius was an office in medieval Scotland whose holders, eventually hereditary, had the theoretical responsibility of being warden of the king's door: protecting the king's property. This is a list of hostarii.