It is usually read with Phillips Products Ltd v Hyland and Hamstead Plant Hire Co Ltd [1] where a similar contract clause (an older version of the same standard industry term) was held to be unreasonable, but where the liability being shifted had the effect of leaving a victim of loss without a remedy. In Thompson there was no exclusion of liability to the victim of the accident.

T Lohan hired out a JCB excavator and driver, Mr Hill, to JW Hurdiss Ltd, the owners of a quarry. Condition 8 of the contract said the driver was employed by JW Hurdiss Ltd. The driver caused Mr Thompson’s death. Mrs Thompson got damages from T Lohan for her husband's life. T Lohan sought to recover the cost of compensation from JW Hurdiss Ltd. JW Hurdiss argued that condition 8 was caught by UCTA 1977 section 2(1).

Fox LJ held that condition 8 was not caught by UCTA 1977 and was effective to transfer liability to the hirers. Section 2(1) had no effect because liability was not excluded towards the victim of the negligent act, Mr Thompson. It only excluded liability towards T Lohan themselves. It transferred liability. This distinguished the case from Phillips Products Ltd v Hyland and Hamstead Plant Hire Co Ltd . [2] So there is a distinction between an exclusion and transfer of liability. In particular he noted the following.

An exclusion clause is a term in a contract that seeks to restrict the rights of the parties to the contract.

Fundamental breach of contract is a controversial concept within the common law of contract. The doctrine was, in particular, nurtured by Lord Denning MR, but it did not find favour with the House of Lords.

Photo Production Ltd v Securicor Transport Ltd[1980] UKHL 2 is an English contract law case decided by the House of Lords on construction of a contract and the doctrine of fundamental breach. 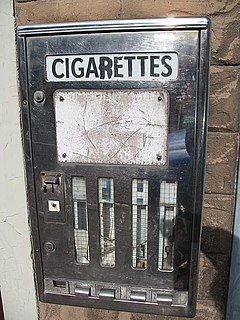 L'Estrange v F Graucob Ltd [1934] 2 KB 394 is a leading English contract law case on the incorporation of terms into a contract by signature. There are exceptions to the rule that a person is bound by his or her signature, including fraud, misrepresentation and non est factum.

The Unfair Contract Terms Act 1977 is an Act of Parliament of the United Kingdom which regulates contracts by restricting the operation and legality of some contract terms. It extends to nearly all forms of contract and one of its most important functions is limiting the applicability of disclaimers of liability. The terms extend to both actual contract terms and notices that are seen to constitute a contractual obligation. 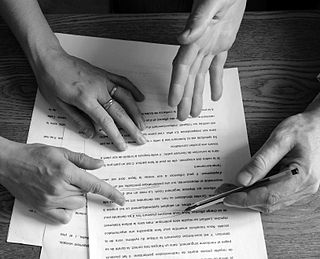 Smith v Eric S Bush [1990] UKHL 1 is an English tort law and contract law case, heard by the House of Lords. First, it concerned the existence of a duty of care in tort for negligent misstatements, not made directly to someone relying on the statement. Second, it concerned the reasonableness of a term excluding liability under the Unfair Contract Terms Act 1977, s 2(2) and s 11.

Hollier v Rambler Motors (AMC) Ltd [1971] EWCA Civ 12 is an English contract law case, concerning the incorporation of terms into a contract and the contra proferentum rule of interpretation. It shows an example of a very hostile interpretation of exclusion clauses.

Interpreting contracts in English law is an area of English contract law, which concerns how the courts decide what an agreement means. It is settled law that the process is based on the objective view of a reasonable person, given the context in which the contracting parties made their agreement. This approach marks a break with previous a more rigid modes of interpretation before the 1970s, where courts paid closer attention to the formal expression of the parties' intentions and took more of a literal view of what they had said.

Implied terms in law refers to the practice of setting down default rules for contracts, when terms that contracting parties expressly choose run out, or setting down mandatory rules which operate to override terms that the parties may have themselves chosen. The purpose of implied terms is often to supplement a contractual agreement in the interest of making the deal effective for the purpose of business, to achieve fairness between the parties or to relieve hardship.

The Supply of Goods Act 1973 was an Act of the Parliament of the United Kingdom that provided implied terms in contracts for the supply of goods and for hire-purchase agreements, and limited the use of exclusion clauses. The result of a joint report by the England and Wales Law Commission and the Scottish Law Commission, First Report on Exemption Clauses, the Act was granted the Royal Assent on 18 April 1973 and came into force a month later. It met with a mixed reaction from academics, who praised the additional protection it offered while at the same time questioning whether it was enough; several aspects of the Act's draftsmanship and implementation were also called into question. Much of the Act was repealed by the Sale of Goods Act 1979, which included many of the 1973 Act's provisions. 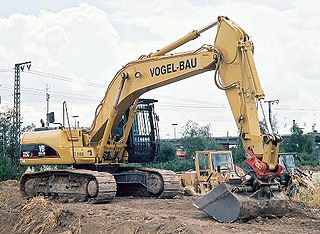 Unfair terms in English contract law are regulated under three major pieces of legislation, compliance with which is enforced by the Office of Fair Trading. The Unfair Contract Terms Act 1977 is the first main Act, which covers some contracts that have exclusion and limitation clauses. For example, it will not extend to cover contracts which are mentioned in Schedule I, consumer contracts, and international supply contracts. The Unfair Terms in Consumer Contracts Regulations 1999 partially lays on top further requirements for consumer contracts. The Consumer Protection from Unfair Trading Regulations 2008 concerns certain sales practices.

Thompson v London, Midland and Scottish Railway Co Ltd [1930] 1 KB 41 is an English contract law case, concerning the exclusion of liability. It was described by Lord Denning MR in George Mitchell (Chesterhall) Ltd v Finney Lock Seeds Ltd as part of "a bleak winter for our law of contract." Although the same decision would not be reached today because of the application of the Unfair Contract Terms Act 1977, English courts continue to assess on an objective basis whether reasonable notice has been given of terms and conditions so as to incorporate them in the contract.