Thorney Island may refer to:

Thorney may refer to:

No. 22 Squadron of the Royal Air Force operated the Westland Sea King HAR.3 and HAR.3A at three stations in the southern United Kingdom. The squadron was originally formed in 1915 as an aerial reconnaissance unit of the Royal Flying Corps serving on the Western Front during First World War. Becoming part of the Royal Air Force on its formation in 1918, it was disbanded the following year as part of the post-First World War scaling back of the RAF. During the Second World War the squadron operated in the torpedo bomber role over the North Sea and then in the Mediterranean and the Far East. Between 1955 and 2015 the squadron provided military search and rescue over the United Kingdom.

Saint Adulf was an Anglo-Saxon saint. 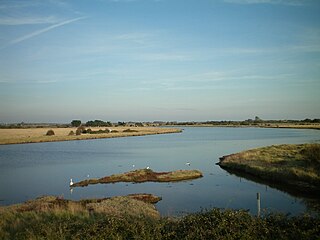 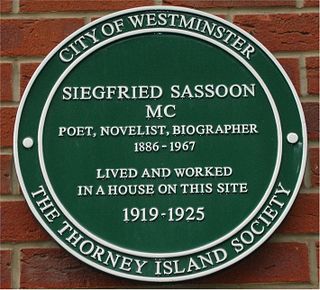 Thorney Island was the eyot on the Thames, upstream of medieval London, where Westminster Abbey and the Palace of Westminster were built. It was formed by rivulets of the River Tyburn, which entered the Thames nearby. In Roman times, Thorney Island may have been part of a natural ford where what was later called Watling Street crossed the Thames, of particular importance before the construction of London Bridge. 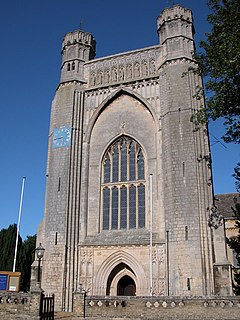 No. 280 Squadron was a Royal Air Force air-sea rescue squadron during the second world war. 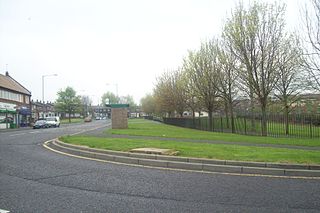 Tim Thorney is a Canadian guitarist, songwriter, and record producer, currently working out of his studio Villa Sound near Collingwood, Ontario. 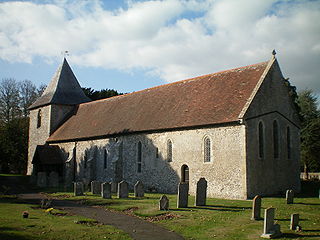 West Thorney is a village and civil parish in the Chichester district in West Sussex, England located nine kilometres (5.4 miles) west of Chichester south of the A27 road. 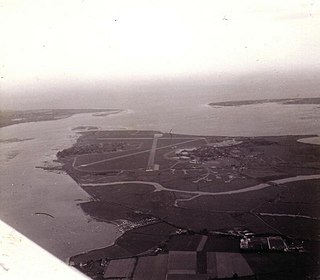 No. 278 Squadron RAF was a Royal Air Force Squadron formed as an air-sea rescue unit in World War II. 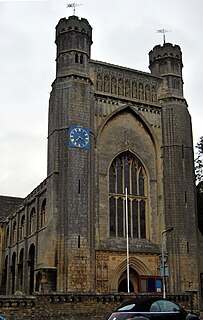 Thorney is a village and civil parish about 2 and a half miles south west of Saxilby railway station, in the Newark and Sherwood district, in the county of Nottinghamshire, England. In 2011, the parish had a population of 248. The parish touches Wigsley, Kettlethorpe, Newton on Trent, Saxilby with Ingleby, Harby, North Clifton, South Clifton and Hardwick.