Sgt. Rusty Curtis of the U.S. Cavalry division is unhappy about the Army's plan to replace horses with tanks. After a medical discharge, Rusty tries to buy his old military mount, Sireson, but wealthy socialite Sally Crandall outbids him. Sally is the fiancée of Rusty's old barracks mate, Jack Martin.

Sally's father hires Rusty to train the horse for a big steeplechase race. A rivalry begins because Sally has a favorite horse of her own, but when hers is hurt, she and Rusty declare a truce and begin a romantic relationship.

Jack returns and overhears a conversation leading him to believe Rusty intends to lose the race on purpose. The two men fight after Jack insists on riding the horse in the race, but Jack's fears are overcome when Rusty superbly rides Sireson to victory. 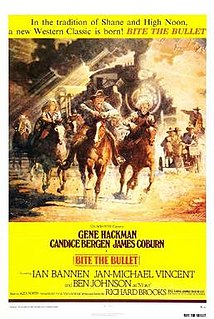 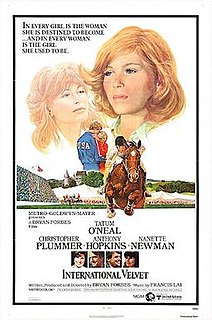 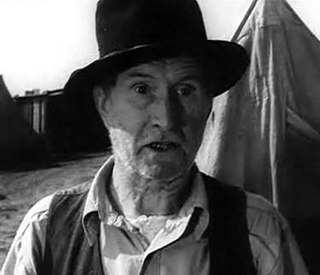 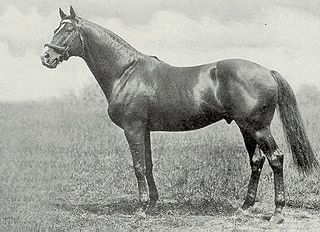 Hurry On was an undefeated British Thoroughbred racehorse and sire that revived the Matchem sire line. English trainer Fred Darling called Hurry On the best horse he ever trained.

The 1995 Masters Tournament was the 59th Masters Tournament, held April 6–9 at Augusta National Golf Club in Augusta, Georgia. Ben Crenshaw won his second Masters championship, one stroke ahead of runner-up Davis Love III. It was an emotional victory for Crenshaw as it came just days after the death of his mentor, Harvey Penick. Crenshaw and Tom Kite attended the funeral in Texas on Wednesday and did not return to Augusta until that night, on the eve of the first round. 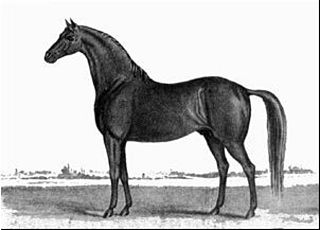 For the Greek statesman of this name, see Timoleon.

Craze is a 1974 horror film directed by Freddie Francis. It stars Jack Palance as a psychotic antiques dealer who sacrifices women to the statue of an African god. 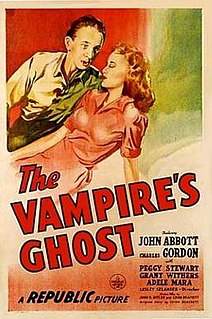 The Vampire's Ghost is 1945 American horror film directed by Lesley Selander, written by Leigh Brackett and John K. Butler, and starring John Abbott, Charles Gordon, Peggy Stewart, Grant Withers, Emmett Vogan and Adele Mara. It is loosely based on the 1819 short story "The Vampyre" by John Polidori. The film was released on May 21, 1945, by Republic Pictures.

Off Sides is a 1984 American made-for-television sports comedy film. Based on a short film by Jack Epps Jr., the feature-length film was scheduled for release in 1980 but was not actually released until 1984. Directed by Dick Lowry, it stars Eugene Roche, Grant Goodeve and Tony Randall. It was broadcast on television, not released as a theatrical feature.

Stranger from Santa Fe is a 1945 American Western film directed by Lambert Hillyer and written by Adele Buffington. This is the sixteenth film in the "Marshal Nevada Jack McKenzie" series, and stars Johnny Mack Brown as Jack McKenzie and Raymond Hatton as his sidekick Sandy Hopkins, with Beatrice Gray, Joan Curtis, Jimmy Martin and Jack Ingram. The film was released on May 15, 1945, by Monogram Pictures.