Schlumberger made 8 appearances in the Fußball-Bundesliga and 228 in the 2. Bundesliga during his playing career.

Schlumberger is a surname. Notable people with the surname include: 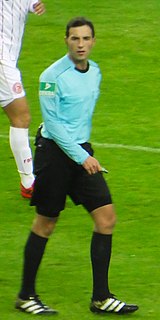 Benjamin Brand is a German football referee who is based in Bamberg. He referees for FC Schallfeld 1946 of the Bavarian Football Association.

Thorsten Becker is a German footballer, who in 1992 moved from Fortuna Schlangen to SC Paderborn and has played in the club's first-team squad from 2001 to 2009. He helped Paderborn gain promotion to the second level of the Bundesliga in the 2004–05 season. He suffered a knee injury in late 2005 which resulted in a long-term absence from the club.

Thorsten Leibenath is a German former basketball coach and basketball player. He is the Sports Director of ratiopharm Ulm in the German Basketball Bundesliga. Leibenath coached the Ulm basketball team for eight years, spanning from 2011 until 2019.

The 2008–09 Bundesliga was the 46th season of the Bundesliga, Germany's premier football league. The season began on 15 August 2008 with a 2–2 draw between defending champions Bayern Munich and Hamburger SV and ended with the last matches on 23 May 2009. VfL Wolfsburg secured their first national title in the last match after a 5–1 win at home against Werder Bremen. 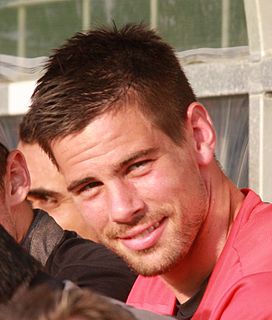 Thorsten Legat is a German former professional footballer who played as a midfielder.

The TSV Handschuhsheim is a German rugby union club from Heidelberg, currently playing in the Rugby-Bundesliga. Apart from rugby, the club also offers other sports like association football, handball and tennis. 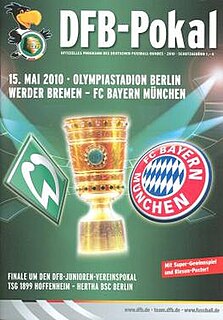 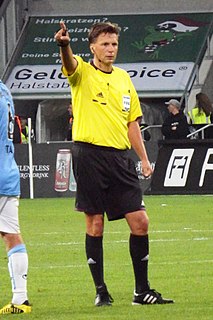 Thorsten Boer is a German football manager and former player.

The 2007 DFL-Ligapokal was the 11th and final edition of the DFL-Ligapokal. The competition could not be scheduled in 2008, due to fixture congestion caused by UEFA Euro 2008, and did not return in 2009. An unofficial Super Cup ran in these years, and was made official in 2010, as the DFL-Supercup.

The 2008 German Supercup, known as the T-Home Supercup for sponsorship reasons, was an unofficial edition of the German Supercup, a football match contested by the winners of the previous season's Bundesliga and DFB-Pokal competitions.