A newsreader is an application program that reads articles on Usenet. Newsreaders act as clients which connect to a news server, via the Network News Transfer Protocol (NNTP), to download articles and post new articles. In addition to text-based articles, Usenet is increasingly used to distribute binary files, generally in dedicated "binaries" newsgroups.

On December 30, 2013 the developer posted a notice to the software's web site stating that development and sales of Thoth had ceased, and that the software was no longer available for download. Poor sales was the reason given for this action.

macOS is a series of graphical operating systems developed and marketed by Apple Inc. since 2001. It is the primary operating system for Apple's Mac family of computers. Within the market of desktop, laptop and home computers, and by web usage, it is the second most widely used desktop OS, after Microsoft Windows.

In computer architecture, 64-bit computing is the use of processors that have datapath widths, integer size, and memory address widths of 64 bits. Also, 64-bit computer architectures for central processing units (CPUs) and arithmetic logic units (ALUs) are those that are based on processor registers, address buses, or data buses of that size. From the software perspective, 64-bit computing means the use of code with 64-bit virtual memory addresses. However, not all 64-bit instruction sets support full 64-bit virtual memory addresses; x86-64 and ARMv8, for example, support only 48 bits of virtual address, with the remaining 16 bits of the virtual address required to be all 0's or all 1's, and several 64-bit instruction sets support fewer than 64 bits of physical memory address.

MorphOS is an AmigaOS-like computer operating system. It is a mixed proprietary and open source OS produced for the Pegasos PowerPC processor based computer, PowerUP accelerator equipped Amiga computers, and a series of Freescale development boards that use the Genesi firmware, including the Efika and mobileGT. Since MorphOS 2.4, Apple's Mac Mini G4 is supported as well, and with the release of MorphOS 2.5 and MorphOS 2.6 the eMac and PowerMac G4 models are respectively supported. The release of MorphOS 3.2 added limited support for PowerMac G5. The core, based on the Quark microkernel, is proprietary, although several libraries and other parts are open source, such as Ambient desktop. 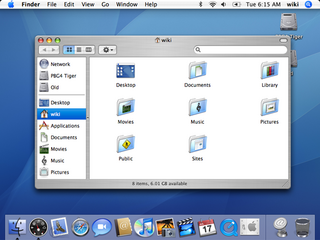 Mac OS X Tiger is the fifth major release of Mac OS X, Apple's desktop and server operating system for Mac computers. Tiger was released to the public on April 29, 2005 for US$129.95 as the successor to Mac OS X 10.3 Panther. Some of the new features included a fast searching system called Spotlight, a new version of the Safari web browser, Dashboard, a new ‘Unified’ theme, and improved support for 64-bit addressing on Power Mac G5s. Mac OS X 10.4 Tiger shocked executives at Microsoft by offering a number of features, such as fast file searching and improved graphics processing, that Microsoft had spent several years struggling to add to Windows with acceptable performance.

PearPC is an architecture-independent PowerPC platform emulator capable of running many PowerPC operating systems, including pre-Intel versions of Mac OS X, Darwin and Linux. It is released under the terms of the GNU General Public License (GPL). It can be executed on Microsoft Windows, Linux, FreeBSD and other systems based on POSIX-X11. The first official release was made on May 10, 2004.

Quicken is a personal finance management tool developed by Quicken Inc.. On March 3, 2016, Intuit announced plans to sell Quicken to H.I.G. Capital; terms of the sale were not disclosed. 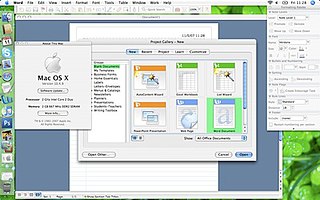 Rosetta is a discontinued dynamic binary translator for Mac OS X that allowed many PowerPC applications to run on certain Intel-based Macintosh computers without modification. Apple released Rosetta in 2006 when it changed the instruction set architecture of the Macintosh platform from the PowerPC to the Intel processor. The name "Rosetta" is a reference to the Rosetta Stone, the discovery that made it possible to comprehend and translate Egyptian hieroglyphs.

A universal binary is, in Apple parlance, an executable file or application bundle that runs natively on either PowerPC or Intel-manufactured IA-32 or Intel 64-based Macintosh computers; it is an implementation of the concept more generally known as a fat binary.

Apple's Intel transition was the process of changing the central processing unit (CPU) of Macintosh computers from PowerPC processors to Intel x86 processors. The transition became public knowledge at the 2005 Worldwide Developers Conference (WWDC), when Apple's CEO Steve Jobs made the announcement that the company would make a transition from the use of PowerPC microprocessors supplied by Freescale and IBM in its Macintosh computers, to processors designed and manufactured by Intel, a chief supplier for most of Apple's competitors.

Media 100 is a manufacturer of video editing software and non-linear editing systems designed for professional cutting and editing. The editing systems can be used with AJA Video Systems, Blackmagic or matrox hardware or as software-only solution with Firewire support and run exclusively on Macs. The current released software version is Media 100 Suite Version 2.1.6 and runs on OS X 10.6.7, 10.7.x (Lion), 10.8.x, 10.9.x (Mavericks) and 10.10.x (Yosemite).

A Hackintosh is a type of non-Apple computer designed to run unauthorized versions of macOS. The name is a portmanteau of the words "hack" and Macintosh, the brand name of laptop and desktop computers made by Apple, Inc. Hackintosh laptops are sometimes referred to as Hackbooks.

Roxio Toast is an Optical disc authoring and media conversion software application for Mac OS X. Its name is a play on the word burn, a term used for the writing of information onto a disc through the use of a laser.

The Apple–Intel architecture, or Mactel, is an unofficial name used for Apple Macintosh personal computers developed and manufactured by Apple Inc. that use Intel x86 processors, rather than the PowerPC and Motorola 68000 ("68k") series processors used in their predecessors. With the change in architecture, a change in firmware became necessary; Apple selected the Intel-designed Extensible Firmware Interface (EFI) as its comparable component to the Open Firmware used on its PowerPC architectures, and as the firmware-based replacement for the PC BIOS from Intel. With the change in processor architecture to x86, Macs gained the ability to boot into x86-native operating systems, while Intel VT-x brought near-native virtualization with Mac OS X as the host OS.

BIAS was a privately held corporation based in Petaluma, California. It ceased all business operations as of June, 2012. 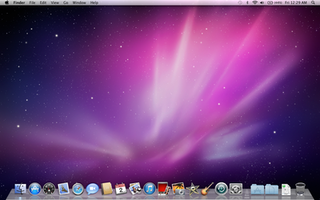 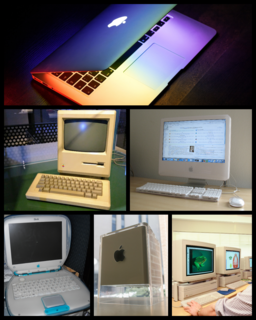 Macintosh Common Lisp (MCL) is an implementation and IDE for the Common Lisp programming language. Various versions of MCL run under the classic Mac OS and Mac OS X. 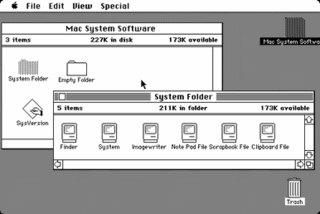