Abbotsford is a historic country house in the Scottish Borders, near Galashiels, on the south bank of the River Tweed. It was formerly the residence of historical novelist and poet, Sir Walter Scott. It is a Category A Listed Building and the estate is listed in the Inventory of Gardens and Designed Landscapes in Scotland.

Castle Douglas is a town in Dumfries and Galloway, Scotland. It lies in the lieutenancy area of Kirkcudbrightshire, in the eastern part of Galloway, between the towns of Dalbeattie and Gatehouse of Fleet. It is in the ecclesiastical parish of Kelton. 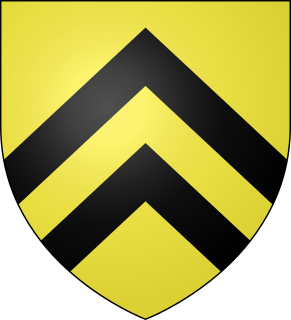 The title Lord Kirkcudbright was bestowed on Sir Robert Maclellan of Bombie in 1633 by King Charles I of England on a visit to Scotland. Maclellan had already been created a baronet of Nova Scotia in 1631.

Clan Maxwell is a Lowland Scottish clan and is recognized as such by the Lord Lyon King of Arms. However, as the clan does not currently have a chief it is considered an Armigerous clan.

Mons Meg is a medieval bombard in the collection of the Royal Armouries, but on loan to Historic Scotland and located at Edinburgh Castle in Scotland. It has a barrel diameter of 20 inches (510 mm) making it one of the largest cannons in the world by calibre. 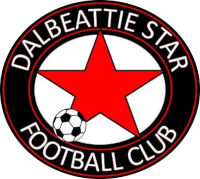 Dalbeattie Star Football Club is a Scottish association football club based in Dalbeattie, Dumfries and Galloway that currently competes in the Lowland Football League. 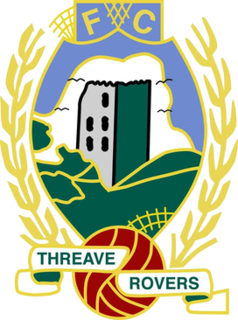 Threave Rovers Football Club are a football club from Castle Douglas in Dumfries and Galloway, Scotland. Formed in October 1953, the club plays its home games at Meadow Park and plays in the South of Scotland Football League. 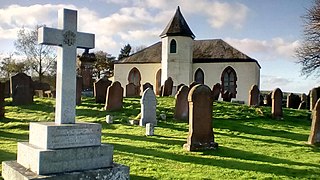 Balmaghie, from the Scottish Gaelic Baile Mac Aoidh, is an ecclesiastical and civil parish in the historical county of Kirkcudbrightshire in Dumfries and Galloway, Scotland and was the seat of the McGhee family. It is bordered by the River Dee to the north and east. Threave Castle stands on an island in the river. The River Dee is commonly known as the Black Water of Dee on the northern border, the name changes with the meeting of the Water of Ken to the north west and is then known as Loch Ken along the eastern border. Balmaghie parish borders Girthon to the west and Tongland and Twynholm to the south. The closest market town is Castle Douglas about 6 miles from Balmaghie Kirk. 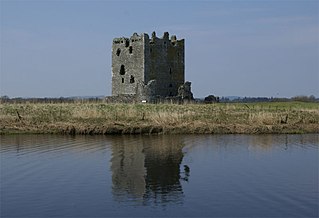 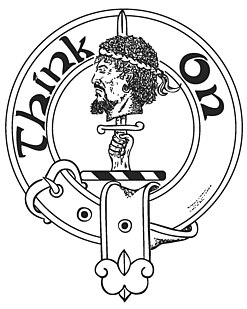 The Clan MacLellan is a Lowland Scottish clan. The clan does not currently have a chief therefore it is considered an Armigerous clan.

David John Irons is a Scottish former football player and coach who is the manager of Stenhousemuir.

Threave Garden and Estate is a series of gardens owned and managed by the National Trust for Scotland, located near Castle Douglas in the historical county of Kirkcudbrightshire in Dumfries and Galloway region of Scotland.

Whithorn Football Club were a football team from the town of Whithorn, in The Machars area of Dumfries and Galloway, Scotland. The club was formed in 1884 but was dogged by financial and player difficulties throughout its history and closed down on a number of occasions, including 1896–1903 and 1936–1938, before finally dissolving in 1969. Their place in the South of Scotland Football League was taken up by the Castle Douglas side, Threave Rovers.

The 2015–16 Lowland League was the third season of the Lowland Football League. The season began on 1 August 2015 and ended on 19 May 2016. Edinburgh City were the defending champions. Cumbernauld Colts were elected to the league as new members.