Three's a Crowd is a television comedy series.

Three's a Crowd may also refer to:

This disambiguation page lists articles associated with the title Three's a Crowd.
If an internal link led you here, you may wish to change the link to point directly to the intended article.

My Little Pony (MLP) is a toy line and media franchise developed by American toy company Hasbro. The first toys were developed by Bonnie Zacherle, Charles Muenchinger, and Steve D'Aguanno, and were produced in 1981. The ponies feature colorful bodies, manes and a unique symbol on one or both sides of their flanks. Such symbols are referred to in the two most recent incarnations as "cutie marks". My Little Pony has been revamped several times with new and more modern looks to continue its appeal to the market, with each new look called a "generation" by the show's collectors and fans. The franchise is mainly targeted at girls, although it has found an unintended audience of bronies.

Amy Keating Rogers is an American television writer who has contributed to several notable animated television series and films, including episodes of The Powerpuff Girls and My Little Pony: Friendship Is Magic. She has been nominated for four Primetime Emmy Awards. In 2009, Rogers directed the documentary film Jason Bateman Thinks I'm Dead, which chronicles her attempts to re-establish contact with actor Jason Bateman, one of her classmates in elementary school. On April 27, 2015, she became a full-time writer at Disney.

An apprentice is someone who is in training for a trade, profession or in the context of the British abolition of slavery an obligatory status whereby the former slave was forced to labour for three quarters of the time for their former owner.

David Polsky is an American film and television screenwriter who created The Buzz on Maggie and co-wrote Scary Movie 2. He has also written episodes for My Little Pony: Friendship Is Magic and Hanazuki: Full of Treasures among other animated television series. Polsky co-produced the 2019 animated film Abominable.

My Little Pony: Friendship Is Magic is an animated children's television series based on the fourth incarnation of Hasbro's My Little Pony franchise. The show follows a studious unicorn pony named Twilight Sparkle and her friends Applejack, Rarity, Fluttershy, Rainbow Dash (Ball), Pinkie Pie (Libman), and dragon assistant Spike. They travel on adventures and help others around Equestria while solving problems that arise in their own friendships.

Daniel Luke Ingram is a Canadian composer and lyricist, primarily for animated series soundtracks. He has written more than 200 songs for television, in genres ranging from pop and classic rock to large-scale Broadway-style musical theater. His music has been heard in 180 countries. He is mostly known for his work as the songwriter of My Little Pony: Friendship Is Magic and the films based on the series. He has written over 80 songs for My Little Pony since 2010. 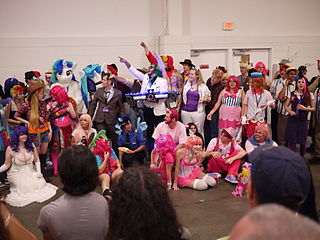 My Little Pony: Friendship Is Magic is an animated television series produced by Hasbro as part of the My Little Pony toy franchise, which is tied in with the 2010 relaunch of dolls and play sets and original programming for the American children's cable channel Discovery Family. Lauren Faust was selected as the creative developer and executive producer for the show based on her previous animation experience with other animated shows such as Cartoon Network's The Powerpuff Girls and Foster's Home for Imaginary Friends. Under Hasbro's guidance, Faust developed the show to appeal to the target demographic of young girls, but created characters and settings that challenged formerly stereotypical norms of "girly" images and added adventure and humorous elements in order to keep parents interested. 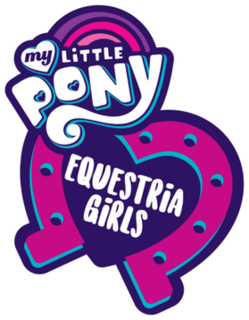 The second season of the animated television series My Little Pony: Friendship Is Magic, developed by Lauren Faust, originally aired on The Hub, an American pay television channel partly owned by Hasbro. The series is based on Hasbro's My Little Pony line of toys and animated works and is often referred by collectors to be the fourth generation, or "G4", of the My Little Pony franchise. Season 2 of the series premiered on September 17, 2011 and concluded on April 21, 2012.

My Little Pony: Equestria Girls – Rainbow Rocks, or simply known as Rainbow Rocks, is a 2014 Flash animated fantasy musical film based on Hasbro's Equestria Girls toy line and media franchise, which is a spin-off of the 2010 relaunch of My Little Pony. The film was directed by Jayson Thiessen and Ishi Rudell and written by Meghan McCarthy, and was produced by DHX Media's 2D animation studio in Vancouver, Canada for Hasbro Studios in the United States, as a sequel to the original Equestria Girls (2013). The film premiered in select theaters across the United States and Canada on September 27, 2014, which was followed by broadcast on Discovery Family, a joint venture between Discovery, Inc. and Hasbro, on October 17, 2014, and then a home media release on October 28, 2014.

"Three's a Crowd" is the eleventh episode of the fourth season of animated television series My Little Pony: Friendship Is Magic as well as the seventy-sixth overall. With Britt McKillip and John de Lancie guest starring as Princess Cadance and Discord, the episode follows Twilight Sparkle and the former, who visits from the Crystal Empire, trying to have a relaxing day. When they are interrupted by a sick Discord, they must venture to the edge of Equestria to prevent him from disrupting their visit. Co-directed by Jim Miller, with Jayson Thiessen as executive producer, and written by Meghan McCarthy, the episode aired on January 25, 2014, receiving over 400,000 viewers during its original broadcast. The episode received mixed to positive reviews from critics, who praised Discord.

Meghan McCarthy is an American screenwriter, lyricist, film and television producer, and creative executive best known as the showrunner of the animated television show My Little Pony: Friendship Is Magic. She is also known for her work on Class of 3000 and Fish Hooks. Since June 2015, she has been the Head of Storytelling for the entire My Little Pony and Littlest Pet Shop brands, helping to "create expansive worlds and characters". 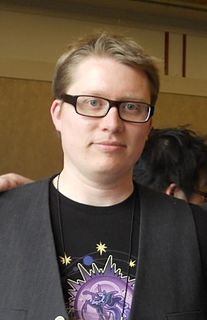 Jayson Thiessen is a Canadian animator, most famous as the first supervising director of the animated television series My Little Pony: Friendship Is Magic. He also directed its spin-off films Equestria Girls (2013) and Rainbow Rocks (2014), as well as the 2017 feature film adaptation based directly on the television series. 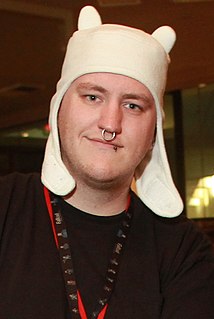 Max Gilardi known online as HotDiggedyDemon is an American animator, voice actor, artist, and YouTuber. He is best known for his "PONY.MOV" web series and his media analysis series "Brain Dump".

American toy company Hasbro launched the fourth incarnation of My Little Pony toyline and media franchise in 2010. This generation is not given any name by Hasbro, but some of later releases of toys are labeled with the subtitle "Friendship Is Magic". It is unofficially referred to the "Fourth Generation", "Generation Four" or "G4" by collectors.

My Little Pony: Equestria Girls is a series of Flash animated television specials based on Hasbro's toyline and media franchise of the same name, which in turn is a spin-off of the 2010 relaunch of Hasbro's My Little Pony toyline. The series focuses on the main characters from the television series My Little Pony: Friendship Is Magic, re-envisioned as humans teenagers attending high school. A total of three 22-minute specials aired in the United States on Discovery Family from June 24 to July 8, 2017.