Three Weeks may refer to: 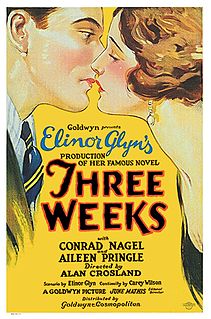 Three Weeks is a 1924 American drama film directed by Alan Crosland. The movie is based on the novel of the same name by Elinor Glyn. Formerly a lost film, FIAF database indicates a print is preserved by Russia's Gosfilmofond.

ThreeWeeks is a magazine that covers the Edinburgh Festivals in August.

Brave Combo is a polka/rock/worldbeat band based in Denton, Texas. Founded in 1979 by guitarist/keyboardist/accordionist Carl Finch, they have been a prominent fixture in the Texas music scene for more than thirty-five years. Their music, both originals and covers, incorporates a number of dance styles, mostly polka, but also some Latin American and Caribbean styles like norteño, salsa, rumba, cha-cha-cha, choro, samba, two-step, cumbia, charanga, merengue, ska, etc.

"It" is a 1927 silent romantic comedy film that tells the story of a shop girl who sets her sights on the handsome, wealthy boss of the department store where she works. It is based on a novella by Elinor Glyn that was originally serialized in Cosmopolitan magazine.

The Brave is a 1997 independent drama film adapted from the Gregory McDonald novel of the same title. It was directed by and co-written by Johnny Depp. The cast includes Depp and Marlon Brando. 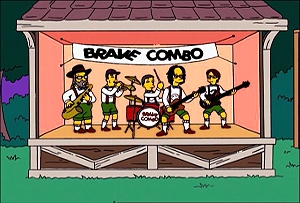 "Co-Dependents' Day" is the fifteenth episode of The Simpsons' fifteenth season. It originally aired on the Fox network in the United States on March 21, 2004.

An it girl is an attractive young woman, generally a celebrity, who is perceived to have both sex appeal and a personality that is especially engaging. 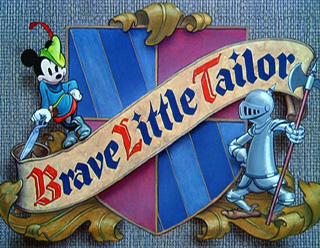 Brave Little Tailor is a 1938 American animated short film produced by Walt Disney Productions and released by RKO Radio Pictures. The cartoon is an adaptation of the fairy tale The Valiant Little Tailor with Mickey Mouse in the title role. The film was directed by Bill Roberts and features original music by Albert Hay Malotte. The voice cast includes Walt Disney as Mickey, Marcellite Garner as Minnie, and Eddie Holden as the Giant. 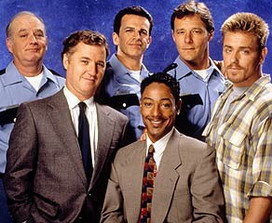 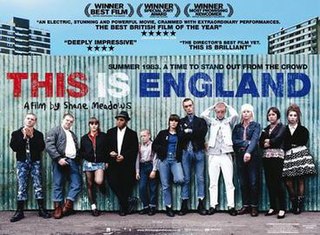 This Is England, sometimes referred to as This Is England '83 to differentiate it from the subsequent multi-part TV series using similar names, is a 2006 British drama film written and directed by Shane Meadows. The story centres on young skinheads in England in 1983. The film illustrates how their subculture, which has its roots in 1960s West Indies culture, especially ska, soul, and reggae music, became adopted by the far-right, especially white nationalists and white supremacists, which led to divisions within the skinhead scene. The film's title is a direct reference to a scene where the character Combo explains his nationalist views using the phrase "this is England" during his speech.

Aunty Jack's Wollongong the Brave is a collection of four comedy specials derived from the Australian television series, The Aunty Jack Show. The fourth and final episode was the precursor to The Norman Gunston Show. The episodes were filmed in 1974 and were aired during 1975. The mini-series was released to DVD by the ABC in March 2007. 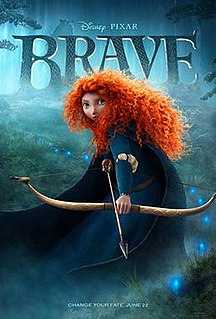 Brave is a 2012 American computer-animated fantasy film produced by Pixar Animation Studios and released by Walt Disney Pictures. It was directed by Mark Andrews and Brenda Chapman and co-directed by Steve Purcell. The story is by Chapman, with the screenplay by Andrews, Purcell, Chapman and Irene Mecchi. The film was produced by Katherine Sarafian, with John Lasseter, Andrew Stanton, and Pete Docter as executive producers. The film's voice cast features Kelly Macdonald, Billy Connolly, Emma Thompson, Julie Walters, Robbie Coltrane, Kevin McKidd, and Craig Ferguson. Set in the Scottish Highlands, the film tells the story of a princess named Merida who defies an age-old custom, causing chaos in the kingdom by expressing the desire not to be betrothed.

"Must Be Santa" is a Christmas song written by Hal Moore and Bill Fredericks and first released in November 1960 by Mitch Miller on Columbia 41814. A cover version by Tommy Steele reached Number 40 on the UK Singles Chart in the same year. 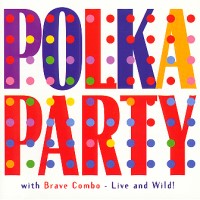 Polka Party with Brave Combo: Live and Wild! is an album by the American polka band Brave Combo, released through Easydisc on April 7, 1998. In 1999, the album was Brave Combo's first nomination for the Grammy Award for Best Polka Album. The album was recorded live at Sons of Hermann Hall in Dallas, Texas, on September 26, 1997, and at Rick's Place in Denton, Texas, on September 27, 1997. This was the second Grammy-nominated album by the Denton, Texas, based band.

Glyn Dillon is a British costume designer, as well as a comics and film storyboard and concept artist, best known for his work on the Star Wars films The Force Awakens and Rogue One, as well as his 2012 graphic novel The Nao of Brown.