Through a Glass Darkly

Through a Glass Darkly may refer to:

Philip Kindred Dick was an American writer known for his work in science fiction. He produced 44 published novels and approximately 121 short stories, most of which appeared in science fiction magazines during his lifetime. His fiction explored varied philosophical and social themes, and featured recurrent elements such as alternate realities, simulacra, large corporations, drug abuse, authoritarian governments, and altered states of consciousness. His work was concerned with questions surrounding the nature of reality, perception, human nature, and identity. 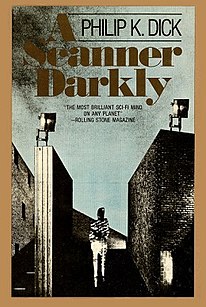 A Scanner Darkly is a science fiction novel by American writer Philip K. Dick, published in 1977. The semi-autobiographical story is set in a dystopian Orange County, California, in the then-future of June 1994, and includes an extensive portrayal of drug culture and drug use. The novel is one of Dick's best-known works and served as the basis for a 2006 film of the same name, directed by Richard Linklater.

John Shirley is an American writer, primarily of fantasy, science fiction, dark street fiction, and songwriting. He has also written one historical novel, a western about Wyatt Earp, Wyatt in Wichita, and one non-fiction book, Gurdjieff: An Introduction to His Life and Ideas. Shirley has written novels, short stories, TV scripts and screenplays—including The Crow and has published over 40 books and 8 short-story collections. As a musician, Shirley has fronted his own bands and written lyrics for Blue Öyster Cult and others. An extensive compilation of songs by Shirley, Broken Mirror Glass was released by Black October Records. His most recent album is Spaceship Landing in a Cemetery, a collaboration with prog rocker Jerry King, aided by a host of musicians. He has written about spirituality for Parabola Magazine and Quest Magazine.

Jostein Gaarder is a Norwegian intellectual and author of several novels, short stories and children's books. Gaarder often writes from the perspective of children, exploring their sense of wonder about the world. He often utilizes metafiction in his works and constructs stories within stories. His best known work is the novel Sophie's World: A Novel About the History of Philosophy (1991). It has been translated into 60 languages; there are over 40 million copies in print.

"The Second Coming" is a poem written by Irish poet W. B. Yeats in 1919, first printed in The Dial in November 1920, and afterwards included in his 1921 collection of verses Michael Robartes and the Dancer. The poem uses Christian imagery regarding the Apocalypse and Second Coming to allegorically describe the atmosphere of post-war Europe. It is considered a major work of modernist poetry and has been reprinted in several collections, including The Norton Anthology of Modern Poetry. 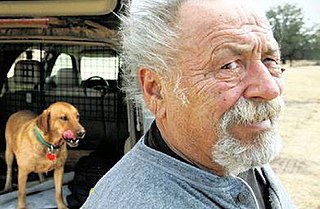 James Harrison was an American poet, novelist, and essayist. He was a prolific and versatile writer publishing over three dozen books in several genres including poetry, fiction, nonfiction, and children’s literature. He wrote screenplays, book reviews, literary criticism, and published essays on food, travel, and sport. Harrison indicated that, of all his writing, his poetry meant the most to him. He published 24 novellas during his lifetime and is considered "America’s foremost master" of that form. His first commercial success came with the 1979 publication of the trilogy of novellas, Legends of the Fall, two of which were made into movies. Harrison's work has been translated into multiple languages including French, Greek, Chinese, and Russian. He was the recipient of multiple awards and honors including a Guggenheim Fellowship (1969), the Mark Twain Award for distinguished contributions to Midwestern literature (1990), and induction into the American Academy of Arts & Letters (2007). Harrison wrote that "The dream that I could write a good poem, a good novel, or even a good movie for that matter, has devoured my life."

A Scanner Darkly is a 2006 American adult animated science-fiction thriller film written and directed by Richard Linklater; it is based on the 1977 novel of the same name by Philip K. Dick. The film tells the story of identity and deception in a near-future dystopia constantly under intrusive high-tech police surveillance in the midst of a drug addiction epidemic. The film was shot digitally and then animated using interpolated rotoscope, an animation technique in which animators trace over the original footage frame by frame, for use in live-action and animated films, giving the finished result a distinctive animated look.

"Childe Roland to the Dark Tower Came" is a poem by English author Robert Browning, written on January 2nd, 1852 and first published in 1855 in the collection titled Men and Women.

"The Hollow Men" (1925) is a poem by T. S. Eliot. Its themes are, like those of many of Eliot's poems, overlapping and fragmentary, but it is recognized to be concerned most with post–World War I Europe under the Treaty of Versailles, the difficulty of hope and religious conversion, and, as some critics argue, Eliot's own failed marriage. The poem is divided into five parts and consists of 98 lines of which the last four are "probably the most quoted lines of any 20th-century poet writing in English".

Darkness is the absence of light.

The Bridge may refer to:

Edgar Allan Poe's poem "The Raven" has been frequently referenced and parodied in contemporary culture. Immediately popular after the poem's publication in 1845, it quickly became a cultural phenomenon. Some consider it the best poem ever written. As such, modern references to the poem continue to appear in popular culture.

"Once upon a time" is a stock phrase used to introduce a narrative of past events. 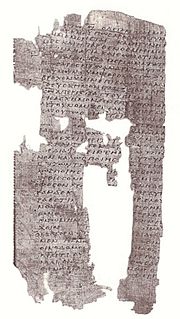 1 Corinthians 13 is the thirteenth chapter of the First Epistle to the Corinthians in the New Testament of the Christian Bible. It is authored by Paul the Apostle and Sosthenes in Ephesus. This chapter covers the subject of Love. In the original Greek, the word ἀγάπη agape is used throughout the "Ο ύμνος της αγάπης". This is translated into English as "charity" in the King James version; but the word "love" is preferred by most other translations, both earlier and more recent.

"The Emperor of Ice-Cream" is a poem from Wallace Stevens's first collection of poetry, Harmonium. It was first published in 1922, and is in the public domain. Stevens' biographer, Paul Mariani, identifies the poem as one of Stevens' personal favorites from the Harmonium collection. The poem "wears a deliberately commonplace costume", he wrote in a letter, "and yet seems to me to contain something of the essential gaudiness of poetry; that is the reason why I like it".

Paradise Lost has had a profound impact on writers, artists and illustrators, and, in the twentieth century, filmmakers.

A blue flower was a central symbol of inspiration for the Romanticism movement, and remains an enduring motif in Western art today. It stands for desire, love, and the metaphysical striving for the infinite and unreachable. It symbolizes hope and the beauty of things.